Great news for the fandom! 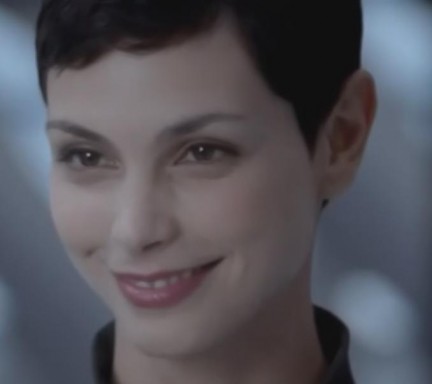 oleRiders News Agency conferred with several official sources including Warner Brothers and ABC to confirm the details. It is all true and it will b e amazing to see Jane on V Series,  it will be even more interesting to see how Diana is brought into the show, with Anna being Queen.

Actress Jane Badler, best known for her role on the original “V” series, will join the cast of ABC’s “V” as a recurring guest

star, playing Diana, mother to Anna (Morena Baccarin), who is now the leader of the Vs. Badler will make her debut in the Season 2 premiere of the series.

“V,” which received an Emmy Award nomination for Outstanding Special Visual Effects for a Series, stood as television’s No. 1 new drama during the 09-10 TV season in the key Adult 18-49 sales demographic, delivering substantial year-to-year improvement in both of its Tuesday time periods (8:00 p.m. and 10:00 p.m.). “V” finished No. 1 in both time periods among key Men (M18-34/M18-49).

“V” is produced by HDFilms in association with Warner Bros. Television. The executive producers are Scott Rosenbaum, Steve Pearlman and Jace Hall.

Fri Aug 6 , 2010
The Sanctuary Experience is the first time that GABIT events ever put on an event in Vancouver, and with 10 different guests. While they have made a name for themselves in London, with only one guest — Amanda Tapping — quite a few fans knew that they would not disappoint. […]