Feel free to visit WormholeRiders News Agency on Twitter anytime about how to become a convention reporter or episodic series franchise author on our news sites. Please contact management to support your fandom(s) at: info@wormholeriders.com 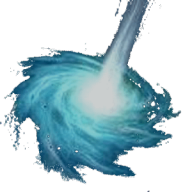 Known as Team WHR around the world, WormholeRiders is an international entertainment news agency based in the San Francisco Bay Area with reporters world-wide in an arc from the United Kingdom, Asia Pacific, including across the United States and Canada with over ~1,000,000 unique visitors.

Team WHR focuses on Science Fiction, and Convention celebrity news, episodic reviews (including series that feature celebrities that have gone on you other scripted series. We specialize in tweets “Live From the Convention” live tweeting series that we follow, and reporting including exclusive audio and video interviews at our multi-media based news sites.

Team WHR has been deployed at various convention sites world-wide and will continue to do so in the future with the wonderful people who have contributed for over 14 years. Team WHR used to operate on Instagram and Facebook, however we suspended posting on our account there in mid 2018 due to numerous breaches of private data being deliberately sold to hackers by the Facebook criminals as evidences by a $5,000,000,000 fine recently imposed due to their lawless ways. We may reactivate our accounts there in the future should Facebook repent, apologize to the users for their theft, and return to honest methods on their social media sites.

With so many more adventures coming in the future, feel free to contact us by email or visit WormholeRiders on Twitter to join the team or engage in the conversation about science fiction series and convemtions. Thank you!

Expect new announcements from WormholeRiders News Agency about ‘Live From the Convention‘ reporting with ever MORE series franchise news reporting in the future. All it takes are dedicated individuals like YOU!

While we have added many new active reporters and contributing authors since we formed our team in 2008, all of who have been ready and willing to bring any and all of their ideas and resources to the table, WormholeRiders News Agency has room for you! We would appreciate your contributions as a convention news or episodic convention, science fiction, movie reporter as Team WHR continues to grow into one of the best possible convention, and science fiction news community sites.

Our entertainment news is dedicated to fans whom can never attend science fiction, movie, drama or other interesting entertainment conventions. If interested, YOU can become a convention news reporter too and share your experiences as well!

Write us anytime about how to become an episodic series franchise and or convention report on our community news site or with any suggestions to support the fans at: info@wormholeriders.com. Thank you.