The news is historic. Today as scheduled, WHR will be devoting it’s entire editorial attention to the developments regarding the proposed merger of Comcast with General Electric, owner of NBC Universal and SyFy, channels that WHR reports on with some regularity.

se of Representative and the United States Senate holds hearings on the merger of these two outstanding firms. Comcast started nearly 50 years ago in Mississippi with a single cable system and has grown into a media conglomerate with some 24 million cable subscribers. Details regarding General Electric are far too extensive to detail herein.

The hearings also feature witnesses who are in direct competition with Comcast. These historic hearings should not be missed by you the viewing audience as you will be affected no matter the outcome. Tune to C-SPAN-3 now for live coverage. Both hearings will be re-broadcast on the C-SPAN networks. WHR will be off-line following both hearings live and will publish a detailed report on these developments subsequent to review of both the House of Representatives and Senate Hearings

Fri Feb 5 , 2010
Hey Caprica Fans! Lopez Tonight ROCKS and so does the wonderful Caprica team at SyFy! Below is an interview appearance from Alessandra Toressani on the George Lopez show that includes the extended Caprica preview of this Friday’s fantastic upcoming episode “Reins of a Waterfall”. Most newsworthy, Lopez Tonight features top […] 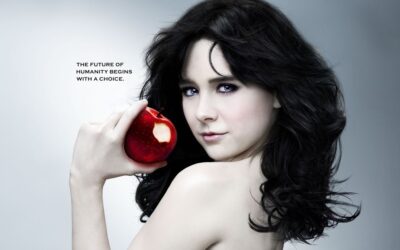