As the season of Stargate Universe progressed, I, the die hard Stargate SG-1 fan and ini 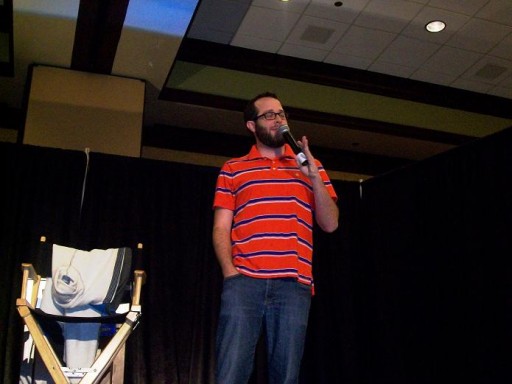 tially skeptical viewer of Stargate Universe, began to be able to see the strong roots that Universe has in SG-1 and Atlantis.

As Kenn reported from his conversation with Martin Gero, Stargate Universe is indeed a four-part play. The first act established the basic characteristics of the people, and established the situation. Survival became key and therefore it had to be the focus of the early

episodes. Now that they have figured out how they can survive this, the characters can develop to suit their new situation. The writers can now begin to shift their focus from survival to exploration, both of the characters and their new world, and that is exactly what they are doing.

‘Time’ was a truly classic story that had all the qualities of our favorite Stargate episodes. It was the first episode to be not entirely driven by the survival needs of the Destiny’s new crew. In ‘Air’ they became trapped on the Destiny and were forc 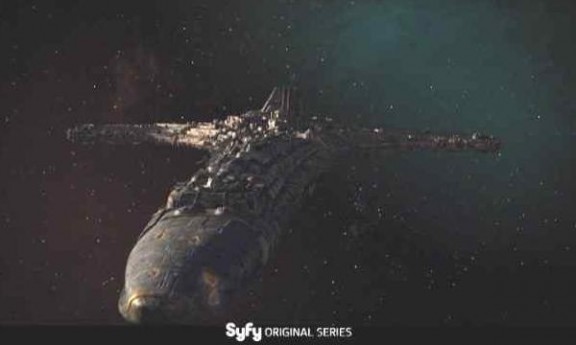 ed to find a way to survive, or else suffocate from the lack of life support on board.

In ‘Darkness’ and ‘Light’, the Destiny seemed likely to kill them again. In ‘Water’ they are again focusing on their survival needs, which seemed to outweigh the fact that there was an alien life form aboard the Destiny. In ‘Time’ they are looking for food, but the food problem is long forgotten in the chaos that ensues.

Time travel and it’s implications has been a long running theme in the Stargate series, and the science fiction world at large. To bring such a time-honored (pun intended!)  tool into the Universe series sends a clear statement to fans: “We know where our roots are and they aren’t going anywhere.”

They say that adversity can br 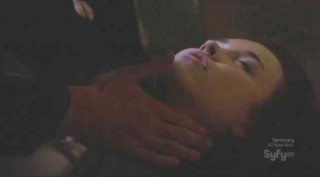 ing out the best in people. Eli’s talk to Chloe as she lay on her deathbed in ‘Time’ was one of the most difficult scenes I have ever had to watch since Stargate Atlantis’s ‘Sunday’. 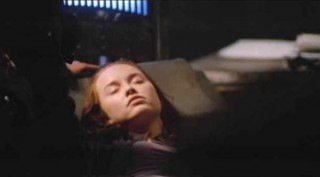 Need I say more? These characters are going to be defined by how they come to relate to one another – who they become close to and who they can’t find common ground with. The more recluse characters are the ones that are the least defined. Their motives and thought processes are still a mystery to us. I think that’s what makes Eli so refreshing and so relatable for many fans. Of the main characters he is the only one who seems to have no hidden secrets. He is the character that is as much 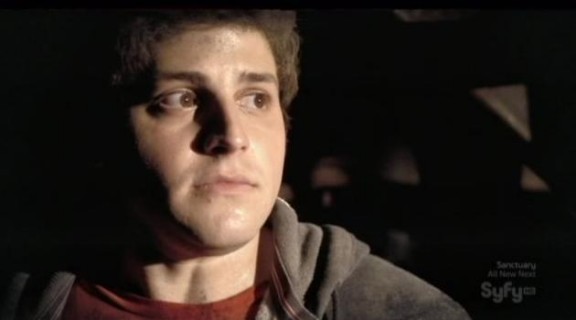 in the process of learning about the people he is now stuck with as we fans at home are. We know his reactions are realistic and truthful because they mimic our own.

Both ‘Earth’ and ‘Life’ reminded me of a well-loved SG-1 episode, ‘Cold Lazarus’. Like in the first season of SG-1, the characters of Stargate Universe are still being fleshed out. In the episodes, we learn about the family lives of Camille 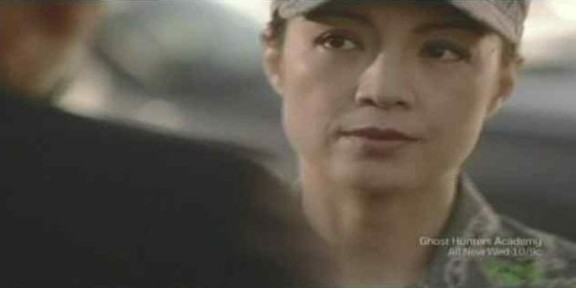 Wray, Lt. Scott, and Eli in a similar way that we learned more about Jack O’Neill’s backstory in ‘Cold Lazarus’. None of them are as they appear to be. The Jack that visited Sara O’Neill was an imposter, an alien. Scott, Camille, and Eli aren’t in their own bodies, and they must feel like aliens in a world that is so far removed from their new reality. Some can never reveal their identity, forced to live a lie as those sworn to keep the 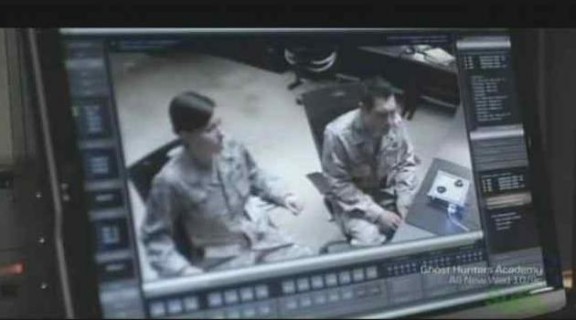 revelation of the Stargate secret must. Unity Jack can’t tell Sara who he is or why he is there. Scott and Eli hide behind the bodies they have borrowed. Everyone has someone they care about, someone they want to get back to or protect from harm. It has been an underlying motivation for the characters in every Stargate story ever told.

‘Justice’ was a truly fascinating episode that in some ways can be compared best to Atlantis’s ‘Suspicion’. Both are set 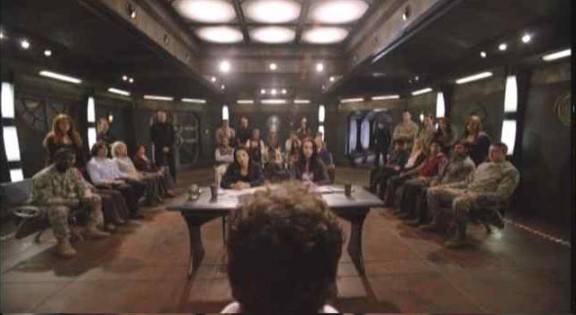 early in the series before we really know who we can trust. There’s the sense that the accusations are false – Teyla would have no reason to allow the Wraith to chase her, and Colonel Young had much better options for dealing with Sergeant Spencer than shooting him – but because your experience with the character has been so brief, there is still a little doubt in your mind.

‘Justice’ took a new turn from the previous series by setting a new approach to the civilian versus military conflict. On SG-1, civilians were often the scapegoats, causing more trouble than good. In Atlantis, we had a civilian as a 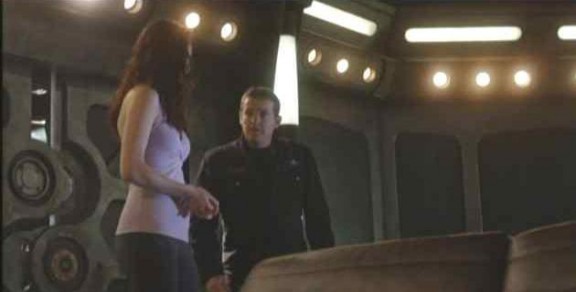 leader in Dr. Elizabeth Weir, but that did not end the tug of war. In Universe we have civilians and military personnel thrown together. There was a great deal of tension. O’Neill apparently put Dr. Rush in charge, but in the end Colonel Young essentially took command.

Then finally, ten episodes into the season, we have someone who sees how to keep things on an even keel between the civilians and the military members. Colonel Young chose Chloe to represent him, not only because she was perhaps the most qualified person on board, but because as he said, “I don’t want it to seem like the military against the civilians.” This earned a great deal of respect from me. Young put the good of the whole crew before his own. He’s not perfect by any means – none of these characters are – but I like Colonel Young. 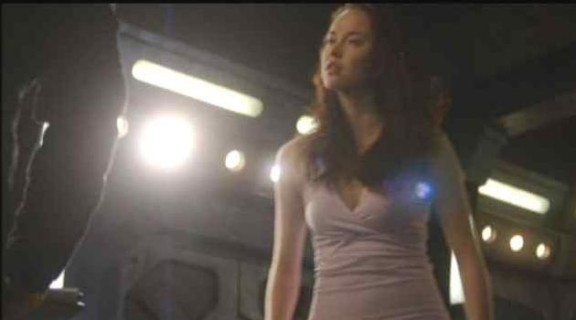 Speaking of Chloe Armstong, many critics have complained about the lack of strong female characters on Universe.  It appears to me that Chloe, Camille, and TJ just needed to be given the right opportunity to show their strength. TJ proved to me in ‘Air Part 3’ when she knocked out Colonel Telford, her superior officer, regardless of the circumstances. Chloe and Camille have a very different skills set, and their skills are not suited to life on an alien spaceship. Give them a familiar setting like a court room, and they hit it out of the park. I loved seeing Chloe stand up to 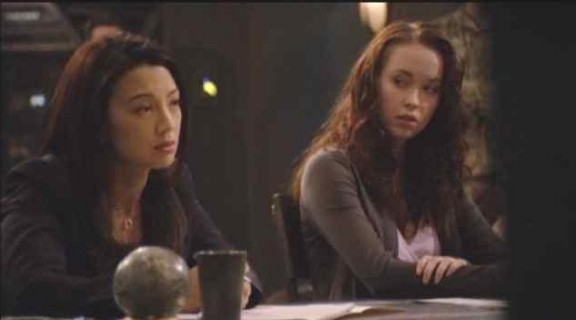 Camille, who in this episode took on the role of the annoying, power-hungry I.O.A. representative that we have encountered in both SG-1 and Atlantis, once again showing the franchises’ roots. Eventually all three women will grow into their new roles ad members of the Destiny’s crew, but just like with you or I, it won’t happen overnight. 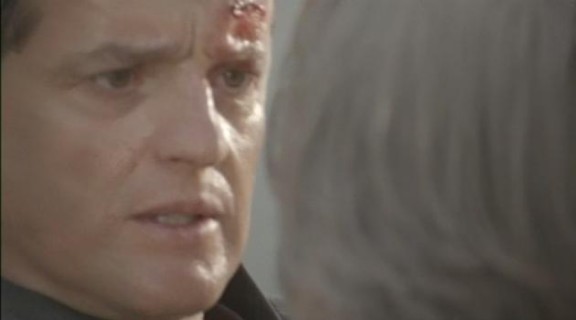 onestly root for a character and fervently wish for the downfall of another. I don’t know about you, but it felt SO satisfying when Sam Carter smacked the smarmy smile off of Ba’al’s face in SG-1’s ‘The Quest Part 2’. When Young fi 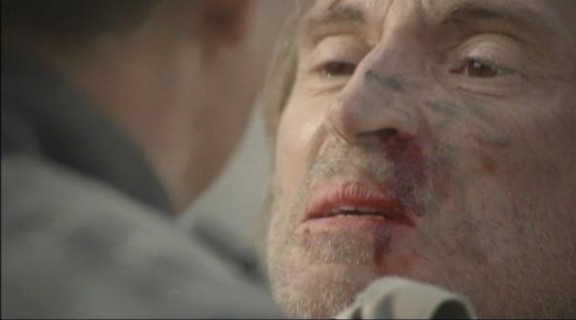 nally let Nicolas Rush have what he deserved, it really was just as satisfying. And come to think of it, it was shot using the exact same angles.

Another Stargate classic element was brought back in ‘Justice’: the mysterious abandoned spaces 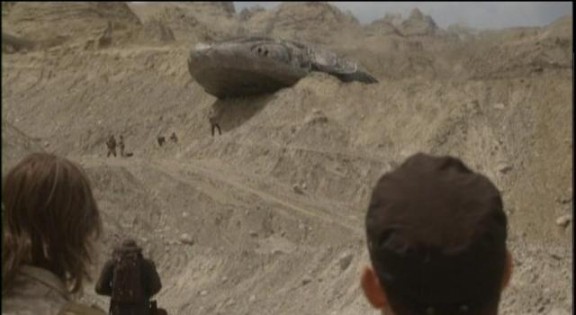 hip. It looks a bit familiar, doesn’t it?  It also brings up tons of questions that have me counting down the days until Universe returns. Crashed spaceships do not have a good reputation on Stargate. For SG-1, the ship from ‘Forsaken’ caused the team a whole lot of headaches.

Literally. The ship in ‘Lifeboat’ nearly made Daniel Jackson into a lifeboat for the rest of his life. The only helpful abandoned ship was the puddlejumper found in ‘It’s Good to be King’, but look where that eventually got them.

In Atlantis, barring the city itself which did cause many a problem, the first abandoned ship they found housed the sleeping Wraith, it’s all history after that. So knowing this, the writers have incorporated the perfect tool into Universe because not only does the show have 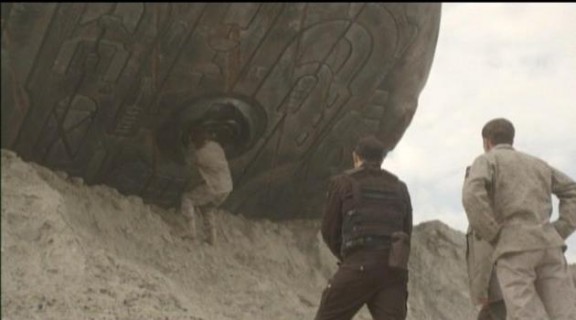 limitless possibilities, but so does that crashed ship! Is there anyone inside?

Will they be friendly or will they try to kill Rush on sight? Will the technology be something he can figure out how to work, or will he finally be forced to admit he doesn’t know it all? Will we see Rush trying to figure it out right way, or will the focus remain with the rest aboard the Destiny and when Rush shows up again – and I have no doubt he will – we will see it in flashbacks? I can’t wait until Spring!

If ratings are anything to go by, man 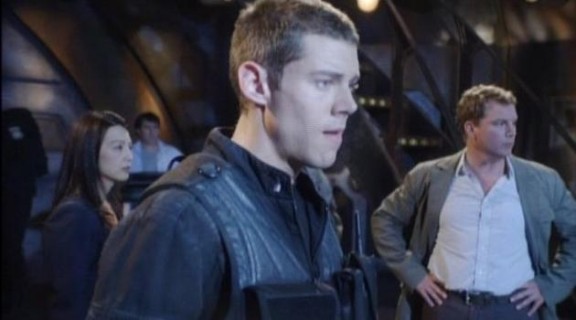 y viewers will also be anxiously awaiting Spring and continuation of the story. In a press release issued by NBC/SyFy on December 2nd, they announced that Stargate Universe helped to provide the best November results in all 17 years of it’s history in all three age denominations, 18-34, 18-49, and 25-54. This makes SyFy the #4 basic cable entertainment network. Sanctuary is also given credit. Note that these statistics do not yet include ‘Justice’.

As the first half of the series has progressed, we can see the growth that is taking 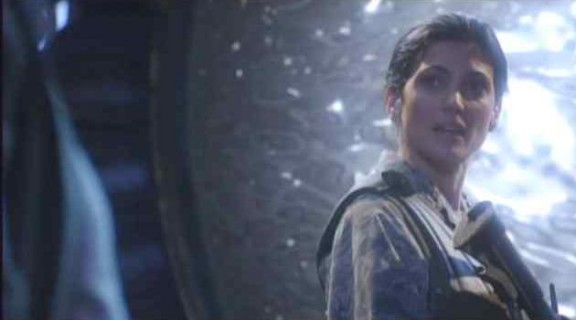 place among the characters. They first had to except their predicament, then learn how to live with it. Now they are very close to reaching the point where their focus will shift to exploration in the hopes of finding the way to go home.

That is not to say that there won’t be more character driven stories in the future, but all shows occasionally will have a character driven episode in order to let the characters evolve. ‘Justice’ has proved that the writers can find the balance between that “classic Stargate feel” and the truly unique creation that is Stargate Universe.

Wed Dec 9 , 2009
Hi Stargate Convention Fans! Will all our thanks to Creation Entertainment and of course Dean Haglund of Stargate Conventions and  the outrageously funny Starhole improvisation for which he is famous, Dean graciously recorded this video greeting during our wonderful time at the Los Angeles SG Con in early November of […]