We are excited to present this WormholeRiders Roundtable, part of the WHR YouDecide Series, featuring interviews of several Science Fiction and Fantasy writers. Many thanks to Gary Morgenstein for this WormholeRiders’ exclusive interview with Jason Meuschke!

Ghost stories have been around since as far back as Homer’s Odyssey, when Odysseus was haunted by Elpenor, the specter who visits Odysseus and tells him to get his behind back to the Island of Circe and give his body a proper burial.

Tales of this sort paint ghosts with personality and a clear purpose (in this case, a disembodied spirit wants to see his body respectfully dispatched), but other stories leave us wondering about what motivates the spirit realm.

We question if it is even possible to experience visitations from entities on the spiritual plane. We wonder if they can possibly impact us in our mortal reality, and if they can, whether we can ever know their reason why.

Our fascination with stories that explore what lies “on the other side” of mortal life has continued since Homer’s time, and they will never stop fascinating us. Writer Jason Meuschke is not only captivated by the subject, but in his book Nine-Mile Bridge he weaves his own tale about a bridge, an accident, and a strange set of events that suggest that something from beyond is calling into the mortal realm, and that there is a connection between this recent tragedy and some unfinished business from long ago.

Jason Meuschke is a natural storyteller, but he is also a person of broad interests. He is retired from a career in the US Air Force. He is an avid bass fisherman and outdoorsman, a podcaster, a husband, a father and grandfather.

Jason brings all the experiences of his life to his crafting of characters and the settings he creates for his stories. He grew up in Missouri, home of the eponymous 9 Mile Bridge which bears a dark legend suffused in a sad history as a hanging bridge, where black slaves were once executed.

We interviewed Jason recently to learn more about what inspires him. We were interested in learning where he got many of the ideas he put into his story, told around the central character, Holli. She has suffered the death of her boyfriend and finds herself thrust into a series of events that are bewildering, supernatural, and dreadfully sinister. 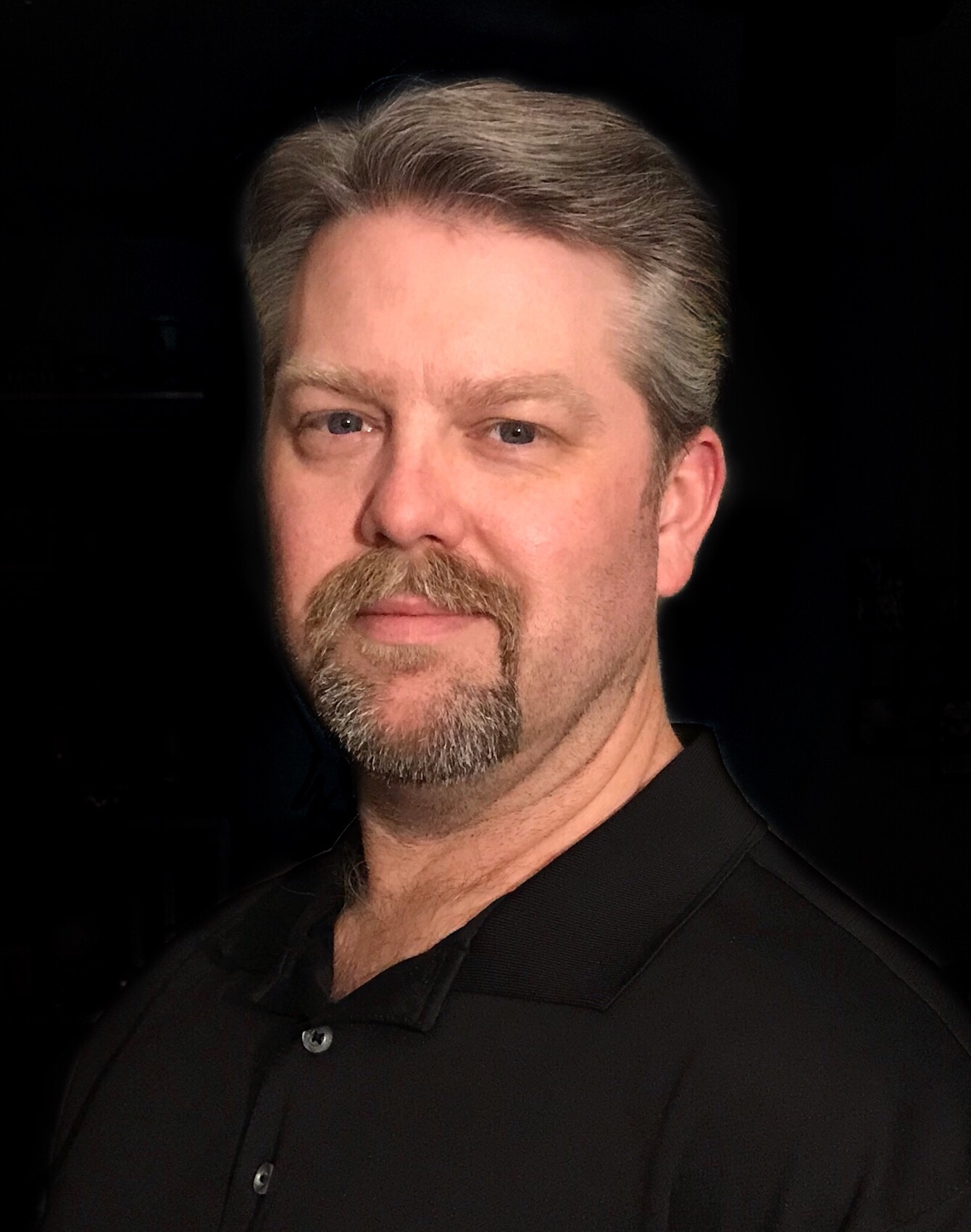 Q   Your book Nine-Mile Bridge inhabits a world steeped in haunted dreams and paranormal activities. What fascinates you most about the Spirit Realm, that you were inspired to build your story around it?

A    In truth, the majority of my inspiration came from high school when my friends and I would go and explore the namesake location. While there were already multiple ghostly legends about the place, they were varied and often conflicting against one another. But they always made me curious and I’d ask myself questions and imagine scenarios. Like if this was haunted how did it get that way? What would it do to the surrounding area? What if there really were multiple legends and hauntings? How would you stop it? All of this makes me curious and it’s that search for answers as an author that fascinates me most.

Q   We live in a culture today that at once champions a secular/material point of view that believes there are no spirits, while at the same time our fascination with life beyond death is more pronounced than ever. What are your thoughts about this compartmentalization we have as a society and our disconnect between the two?

A   This was an interesting question that made me stop and think about it for a moment. According to psychology, the act of compartmentalization is a defense mechanism, or coping strategy, that is overall not healthy for us. Rather than dealing with our own internal conflicts we push them away or put them into a box for later. A number of characters in Nine-Mile Bridge use compartmentalization in one way or another to deal with tragedy, loss of a loved one, their beliefs, and even their own righteousness. And while it’s not a healthy way to deal with something, it makes for interesting situations between characters!

Q   An important premise to your story is that the supernatural realm is able to impact the natural realm, and that there is an immortal investment into mortal events. Explain your point of view on this.

A   Oh boy! Well, like the previous questions, this one could also be an entire topic of conversation that could go on for hours, but I’ll try not to do that, haha! My point of view on these matters stem from experiences I’ve had. Experiences that sometimes can’t be entirely explained. Call them ghost stories, dreams, my imagination, whichever way you want to compartmentalize it. See what I did there? And you see these events on television or read about them online as well. How does an inanimate object move across the room by itself? How did someone sleeping in their home alone get a slap mark on the back of their leg? Is it possible that the supernatural can impact our natural world and what would that impact be? I think it boils down to our individual experiences and beliefs essentially and I’ve certainly had some interesting experiences.

Q   Through your writing, how do you hope to impact your readers?

A   My initial thoughts on this is that I hope to simply entertain my readers. I think that is a fear in every authors mind when we’re writing and wondering if someone could be bored with our story. So, my first impact I hope to have is to entertain.

My second impact I hope for is to have relatable characters. If the reader can’t understand and feel what a character is going through, or at least relate to them with something from their own lives, then we’re right back to having a boring story! And something very interesting I’ve realized in reading other authors is that it doesn’t have to be a larger issue like, I don’t know, maybe being captain of the lacrosse team, homecoming queen. Not many people will relate to that but they can identify with having that one friend who only texts, never calls. Or discovering something in your pocket you totally forgot about. Or the smell of their favorite breakfast cooking in the morning. Little things like this can create a believability to characters that have an impact on the reader making them think, “Oh yes, I love the smell of bacon in the morning!”

Q   What are your plans for the future?
A   Coming very soon is my second book, A Novel Idea. It’s a mystery thriller about a struggling author, Wesley Main, who some believe stole his first book from a dead author friend and is now the prime suspect in the disappearance of another author. Questions begin to build as people wonder if Wesley killed for his next story or can Wesley prove his innocence and still make his deadline?

My hope was to have the pre-order up by this week actually, for a April 1st release but I’m not quite there yet. Rest assured, it’s coming sometime in April! After that release I’m delving back into my first Science Fiction series called The Bandit Chronicles. It’s an 80’s themed story that blends the classic mini-series V with the movie, Red Dawn. There’s also a bit of Blast From the Past in it as the main character is a young boy who grew up on his own in the aftermath hiding in a bunker with nothing but 80’s action movies and video games to educate him. I finished book one in November and am halfway through book two. The plan is to finish the first three to do a rapid release this year and another three next year and so on. Right now I do not have a newsletter but I do have a website at www.jasonameuschke.com.

I also am the creator and host of the Sample Chapter Podcast. It is a weekly show featuring authors new and veteran alike who read a “sample chapter” from one of their books. My goal with the show is to provide a platform for all authors, and all genres, to promote their book to potential new readers. The show comes out every Tuesday and is on all podcast platforms including YouTube. You can also follow it on Facebook and Twitter or go to www.samplechapterpodcast.com
Thank you so much to Gary Morgenstein and the Wormhole Riders for the opportunity to share a little about myself and my work! I’ve really enjoyed this!

We were really happy to conduct this interview with you, Jason! We wish you the best of luck with your book Nine-Mile Bridge and your upcoming work, A Novel Idea. Our thanks again to Gary Morgenstein for arranging the interview, and we look forward to catching up again when your next book is released!

The WormholeRiders News Agency Team and I look forward to sharing more entertainment news with you in the future.

Shoutout Through the Wormhole from Robert Picardo – Mr Woolsey of Stargate!

Wed Apr 8 , 2020
Welcome back Stargate lovers and WormholeRiders, Robert Picardo is best known for his roles on the science fiction shows, Star Trek, Stargate SG- 1 and Stargate Atlantis. His career has been both diverse and fascinating. Robert Picardo was born on October 27, 1953 in Philadelphia, Pennsylvania. He originally attended Yale […]