Greeting Being Human and Syfy fans,

The episode “I Want You Back (From the Dead)” is a poignant episode that has several analogs to real life as they relate to relationships, offspring and the adults that raise them (or attempt to do so). As you should be well aware of by now, I do not favor recapping an episode. Instead I look at the Single Effect and the meaningful messages being imparted to the viewing audience. This is what you will learn about what it means in each of our searches for Being Human.

When we last left our erstwhile trio of ghost, werewolf and vampire, they were continuing their struggle in Being Human with varied degrees of success and failure. Success has been achieved by Sally (Meaghan Rath) in being freed from being bound to the home she was apparently trapped in. 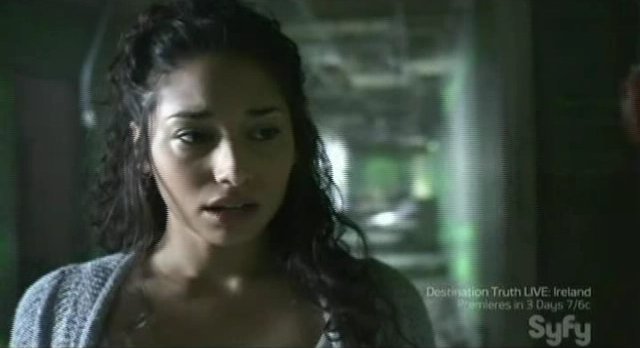 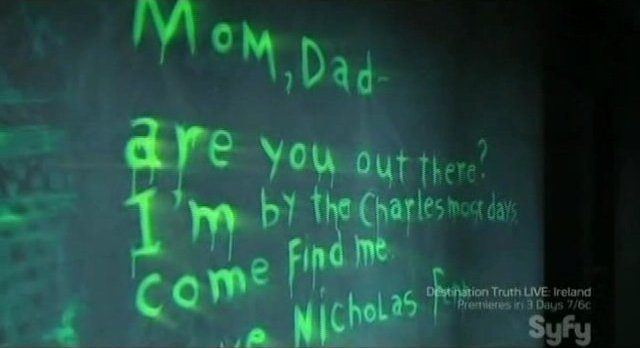 Now apparently free to meet other ghosts Sally has enjoyed a modicum of freedom of movement away from the residence.  We also observed Josh (Sam Huntington) during his once monthly reversion to werewolf much to Sally’s sheer shock. More on that transformation fear later.

Failure for Aidan (Sam Witwer) in his attempt to establish a relationship with Cindy Lanham (Cindy Sampson) and her son Bernie (Jason Spevack) while Rebecca Flynt (Sarah Allen) warned him of the consequences of attempting a normal relationship between mortal human beings and the immortal caste of vampires and lycans (werewolves) and ghosts. 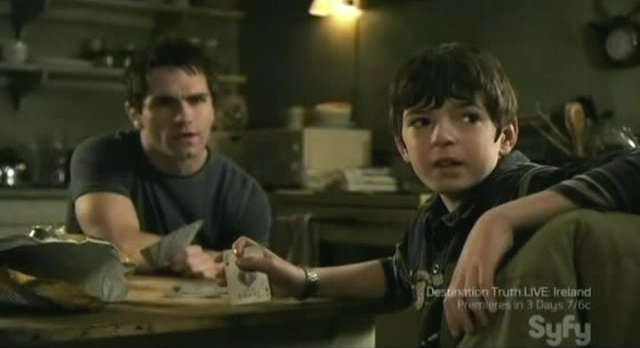 As we begin “I Want You Back (From the Dead)” we see Sally roaming the old wing of the hospital reading messages while the narration states “That awful need to touch someone, the need to be touched. For some of us it just will not die. And eventually that need will take you to your breaking point”. This message is clear advice to all to not become obsessed with attempting to find happiness in others. Happiness lies with each of us if only we can find it over and above gripping too tightly to other things or people in our lives. 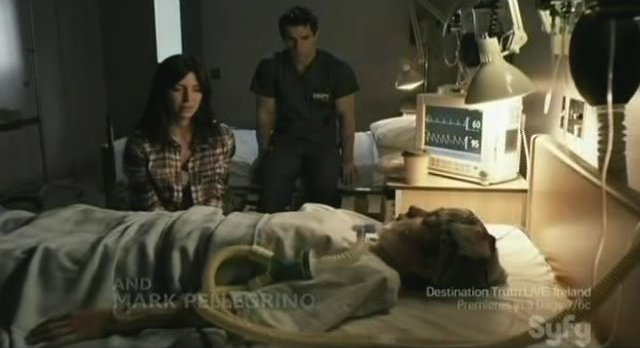 As we observe, Sally will soon become reacquainted with an old friend, Nick Fenn (Pat Kielly) of course now a ghost as well. As viewers of this fine adult program are aware, Sally is able to move outside the apartment freed of her being bound there to her former lover. Sounds like good news to me that she is free to roam. Or is it? 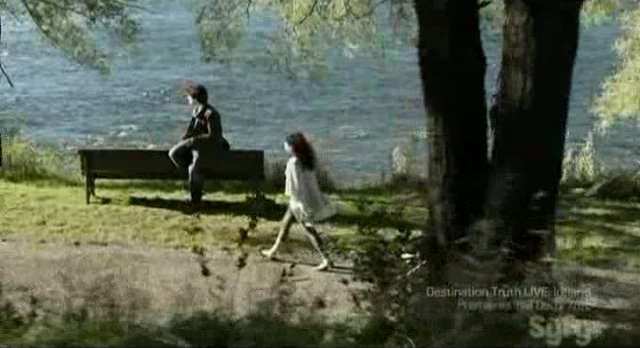 Josh, despite growling at Nora (Kristen Hager) in the previous episode during a romantic encounter, is now observed in the hospital cafeteria caressing her gently desperately seeking to expand their relationship oblivious to the obvious risks associated with such matters. His greatest fear is that he will revert to a werewolf during intimate relations with as we see in a nightmare he experiences. 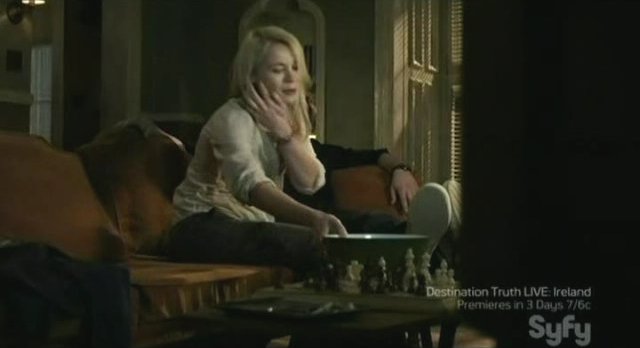 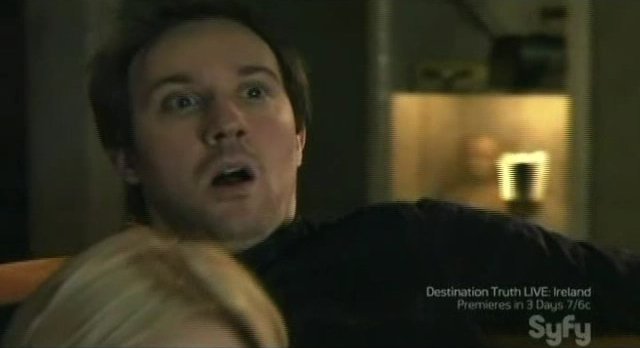 We segue to Aidan looking out onto the street watching poor Bernie get bullied once again by the neighborhoods street toughs. Forbidden by Cindy from ever seeing or interacting with Bernie again after the little cherub stole a vampire DVD which his mother Cindy found, our heart breaks for Aidan. Then the unspeakable happens. Being pushed around by the bullies, Bernie tries to escape only to be tragically run down by a passing motorist. Poor Bernie is severely injured in the accident and later perishes from his injuries . 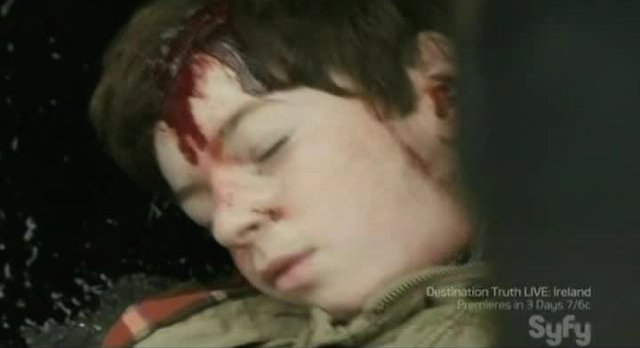 His mother Cindy Lanham is observed obviously feeling guilty for having forbidden Aidan from looking after the young lad. More tragic circumstances will result from this incident 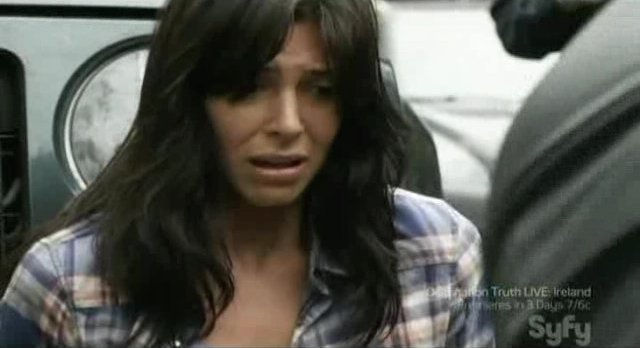 Tragically we learn more about the fate of young Bernie later in the episode who is saved from death by being turned into a vampire by Rebecca in what she considers an act of kindness. Things do not turn out as planned when young vampire Bernie feeds on and kills three young victims during the feeding process. Naturally Bishop (Mark Pellegrino) becomes aware of the murders and confronts Aidan who has stashed Bernie with Rebecca at her apartment. As a young vampire, Bernie wants fresh warm blood not the bagged type being stolen from local blood banks at the hospital. The tragic results are depicted below. 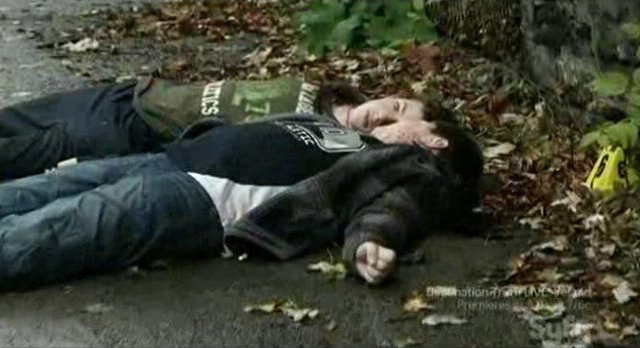 The episode also revolves around the challenges Sally faces in her search for a new soul mate. As one of the three main cast characters who develops a romantic relationship with Nick, kissing him and “feeling it” in the process we are encouraged by these developments. 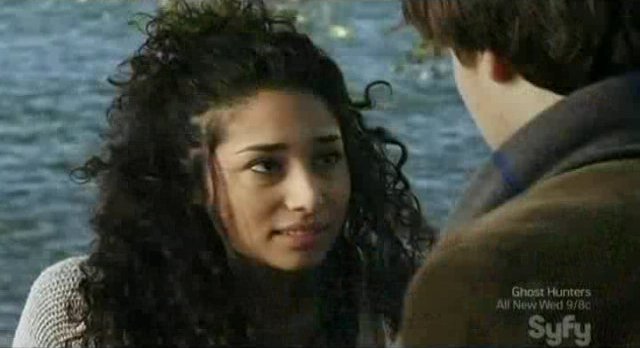 Unfortunately Nick has similar problems as Sally. He is not able to maintain a “solid” ghostly shape often disintegrating into a watery splash. At least Sally is able to roam freely in search of the answers to her life. With regard to this factor of “Being Human she is fortunate to have found Nick. 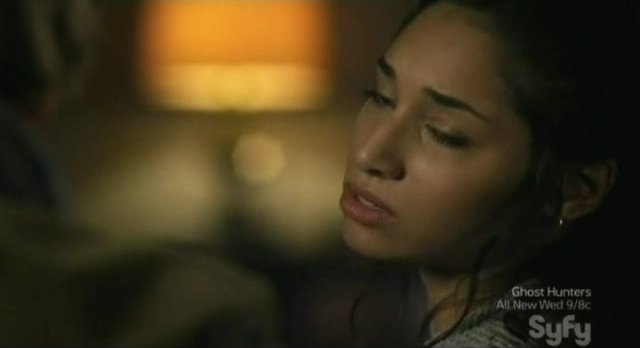 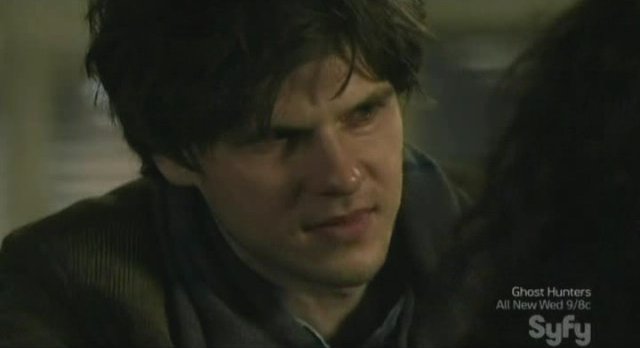 I suggest that people  learn to be introspective about their lives, what they are trying to hide and the impact their actions have on others. The answers to life’s challenges reside within us, not as the result of our dependence on others, either adult, child, friend, or lover. What we each need to do is squarely address our problems. The answers are in our own hands of fate so to speak. The blaming of others for one’s own problems, claiming to know better that trained experts, refusing to even contemplate well considered advice is a recipe for personal disaster. Sadly this type of behavior results in the downfall of many human beings in their quest in Being Human.

Tragically Bernie will not die once, but twice. After being “saved” by Rebecca Flynt by conversion to immortal vampire status, Aidan is forced to kill the lad with a stake to the heart rather than see him become enslaved to a life of slaughtering other young children in his blood lust. Aidan himself is heartbroken by having to perform this ruthless act but realizes that he cannot fulfill his desire to replace his own family lost in a past tragedy we have yet to learn about. 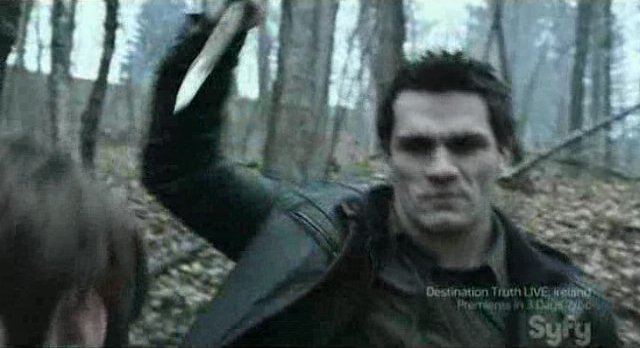 Here too there is a valuable lesson in life to be learned. Many people (couples or single parents) seek having children as a way to fill the void they feel in their own lives. They use their children to gain attention for themselves by living their lives vicariously through the challenges faced by their child and or children. Such is a fools quest. Parenting is not about using your child to make up for your own past failures or shortcomings  Nor is it about using your children to draw attention to one’s self. Parenting is about dedicating your life to the enrichment of others by making great sacrifices about things a parent might desire to pursue themselves.

Aidan learns this lesson at a great price. The real question is whether people (parents) who use their children to draw attention or sympathy to themselves are capable of internalizing this lesson in life? 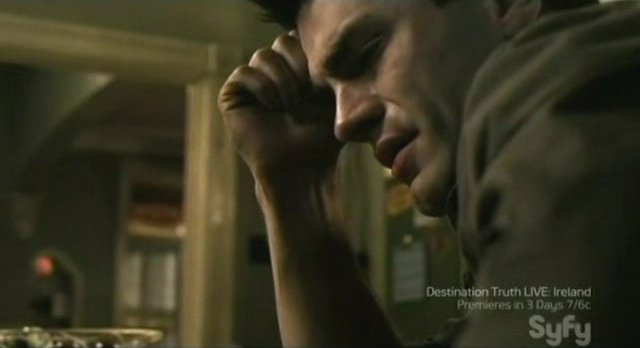 Being Human returns in the next great episode “Dog Eat Dog” which also has valuable lessons in the price people pay for their selfish ways. I suggest that you do not miss the next outstanding episode on Syfy.

2 thoughts on “Being Human: Season 1 Episode 9 – I Want You Back (From The Dead) – The Price People Pay”

Mon Mar 21 , 2011
Hello once again Stargate fans, SPOILER ALERT: Tonight on Syfy is airing a powerfully explosive episode on your screens this week with a hint of the future in the next episode of Stargate Universe. “Alliances” is the episode as the series which continues the epic saga of the Destiny and […]