Day two of the Farscape Con hosted by Creation has just ended. Okay, well, technically it ended a few hours ago, but MeaganSue and I only just returned to our hotel room. Today has been, well, pretty insane. I know I was awake for all of it, but at this moment, it doesn’t feel like it. 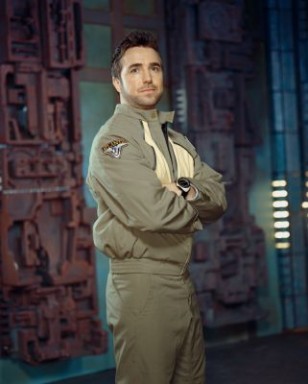 We started off our morning by meeting our friends in the hotel lobby.  In the line-up at Starbucks, we saw Gary Jones.  We chatted with some fellow Scapers – and I found some who live fairly close to me, so we exchanged cards.  Deciding to see if anything was going on in the convention area, we went downstairs.  Mostly we just found people setting up, but Paul McGillion walked right by us, smiled and said ”hi.”  MeaganSue and I both grinned and said hello back, but as soon as he was gone, we ran around the corner and squee’d.  Yes, that is now a word, if it wasn’t before.

We had to wait in line to be seated at the restaurant to get breakfast.  Literally, right in front of us in the line stood Paul Goddard.  We later saw him eating with Rebecca Riggs after she was done chatting with Lani Tupu.  Rebecca kept walking by and looking at our table, smiling at us a few times.

We also met up with a friend from Claudia Black Online, known as Lady Halfling, and she showed us some of her amazing art – mostly of Claudia, but some of others, like Gigi Edgley and Ben Browder.  We made plans to meet up for a group photo op tomorrow for CBO and then returned to breakfast.  As a side note, we also had the world’s greatest waitress, as she appreciated my Shooting Makes Me Feel Better t-shirt, despite not being a Farscape fan.

We then went to see Ben Browder’s panel.  On our way there, we saw Gigi Edgley getting coffee.  To be honest, it was kind of surreal seeing them just being normal people – and nobody was really bothering them for anything (at least that I saw).

Ben’s panel was AMAZING.  Although, I will say I was slightly hurt because he poked a little fun at people who name their cell phone – which definitely is a category I fall into.  Still, he’s Ben, so I can forgive him.  I also went up to ask a question.  Sadly, I had a slight allergic reaction to some lemons (yes, 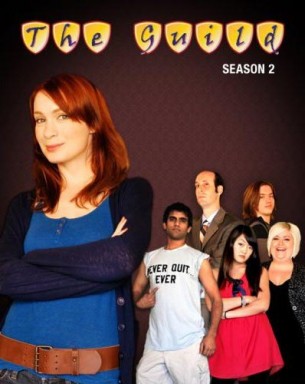 just like McKay) last night, so I was a bit squeaky and he had kind of a hard time understanding what I was asking.  My question was, “If you were shot through a wormhole to the other end of the universe, like Crichton, what would you miss most about Earth?” He repeated, “Besides family, milk and chocolate, I would miss…” He looked toward the audience and they answered for him, “Us!” He also told lots of great stories, and my love for him increased exponentially – if that was even possible – when he mentioned that he had gotten Felicia Day’s autograph at Comic Con and then told us all The Guild is awesome.

Gigi, Lani and Paul all interrupted the panel to ask what he missed most about Farscape.  Gigi was the first to come in.  She waited her turn in line and then politely asked.  He replied that it would have to be his time with her.  Then Paul came in and joked about being forgotten.  He then revised his statement to include him.  Ben asked what Paul thought about his portrayal of Stark in the Stargate SG-1 episode 200, and Paul replied that he hadn’t seen it yet.  Lani then came in and before he could get out his question, Ben immediately jumped in with a speech about what an amazing guy Lani is and how much he learned from him.  After each one left, Ben would count to three and the whole audience would shout a thank-you to them.

Upon realizing that I had the episode 200 on my iPod and thus the Farscape parody scene, I approached Paul, who was selling his CD in the hallway, and showed it to him.  He grinned and laughed and actually watched a lot more of the show than I thought he would.  He remarked that it was a lot like Farscape and seemed like a really great episode.  I told him it is one of my favourites.

As soon as I got my iPod back, we went to see Rebecca Riggs’ panel.  She was pretty funny.  She joked about Grayza’s child having Crichton’s DNA and about a love affair continuation between Bracca and Grayza.  She also told us a bit more about how Grayza’s backstory was developed by reading The Art of War and studying Napoleon.

We had a little time to kill between panels, so we went upstairs, where we saw Ryan Robbins hanging out outside.  We went out and chatted with him for a bit.  I can’t really write all about our conversation, since it was off-the-record, but he’s a really fun guy to hang out with.

We then ended up sitting through an auction, where they were selling autographs, merchandise and banners.  It took all of my effort to restrain myself from bidding an insane amount of money for a banner… It’s probably for the best that I didn’t. 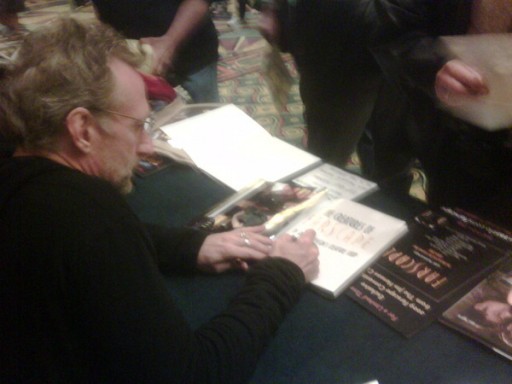 After this was Brian Henson’s panel.  He didn’t really tell us too much about any upcoming projects, except that the Henson Company was still backing the Farscape webisodes, which are at a stall, due to overly ambitious effects that would be needed, and therefore lack of funding.  He also talked a bit about muppets and working with his father.

Once the panel was over, we went back to our hotel room and collapsed for twenty minutes, but once that was done, it was time for the Farscape reunion panel, which featured Gigi, Paul and Wayne Pygram.  Wayne was still recovering from the cold which kept him from performing in last night’s cabaret, but he said that he was feeling much better.  The panel was very funny; the cast has such amazing chemistry.  Probably the funniest part was when Lani remarked that he had originally auditioned for the role of D’Argo and Gigi replied, “Oh, what could have been.”  Gigi also kept saying there should definitely be a Farscape movie.

Having already missed Joe Flanigan’s panel, we ended up in the hallway, chatting with some people.  I spent a good two hours trying to talk one vendor into actually watching Farscape and constantly employed the argument that the DVDs were selling for fifty dollars off in the vendor’s room.  I almost wore him down, but he held strong; perhaps I’ll get him again tomorrow.  He did, however, discuss Doctor Who with me for quite some time. 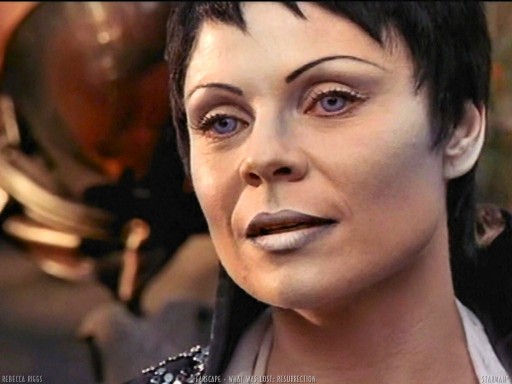 Realizing it was our last chance to get Wayne Pygram and Rebecca Riggs’ autographs, we rushed up to our room to grab something for them to sign.  Since we’re gold pass members, we get the autographs for free.  I brought down my new t-shirt for the con and MeaganSue took down some of the DVD covers.  After an insane amount of waiting, it was finally our turn.  They were both very nice.  We asked Rebecca why Grayza was purple, while every other Sebacean was not, and she replied that she was sure Grayza had some – a lot – of work done.  As well, since Grayza was not featured among the cartoon drawings of each character on my t-shirt – a fact which I did not realize until I got up there – she drew a stick figure of herself, which was actually rather funny.

We went for dinner after this, but when MeaganSue and I left to get ourselves ready for the Dessert Party, we ended up being pulled into a group of people 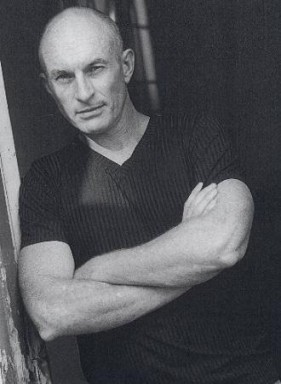 from Terra Firma.  We ended up chatting with them for quite a long time and actually made ourselves late for the party.  We did eventually make it, however we missed Gigi and Wayne coming to our table.  We did get to see Gary Jones, Rebecca Riggs, Paul Goddard, and Lani Tupu, though, so that was cool.  Sadly, none of the stars were really able to stop and chat that long, as they had to make their rounds throughout the room.  On the upside, most of them did recognize WormholeRiders by name when we mentioned we were reporters!

We left the dessert party and met up with our Terra Firma buddies again.  We ended up hanging out with them all night, between the lobby, the hot tub and a banquet room downstairs which was kept open for us to have a small party.  Even the convention security crews and such came to dance with us.  The whole thing ended around one-thirty, at which point MeaganSue and I decided we needed to type up these reports and get some rest.  I don’t know about her, but my whole body aches from all the running around – and standing around – but it’s totally and completely worth it.  I can’t wait for tomorrow!

Mon Nov 9 , 2009
Hey Claudia Black Fans, While we were all having fun at the Los Angeles Stargate Farscape Convention, Claudia Black was everywhere including all over the world wide web! ZOMG! Many thanks to our dear friend Brian Gramo of TheStreamTV for providing these wonderful clips of Ms. Black’s webby TV activities […]