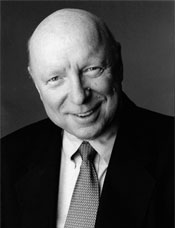 Today, Monday June 29th, is the one year anniversary since the Stargate family lost one of it’s own. Don S. Davis suffered a heart attack while at home, and died at the age of 65.

Don’s death was a huge shock to fans, shock that can be felt still on different levels to this day. While at the Vancouver convention, I spent some time talking with fellow fans about Don. Several people that I spoke with had not had the chance to see him in person, but Don was generous enough to pay three visits to Chicago, where he was very warmly received to say the least. Talking about Don brought laughter and a few tears. No one can tell his stories the way he did. He was as genuine and as sweet a man as you could ever hope to meet. A year later he is still greatly missed, and I have no doubt that will always be so.

I look forward to the new cut of the SG-1 pilot, “Children of the Gods,” which, according to Brad Wright, will be dedicated to Don. Who knows, we may even get to see some new footage of General Hammond in the new cut! It will be released on July 17th.

I also look forward to seeing the ship christened the U.S.S. George Hammond in the new series, Stargate Universe. It seems fitting that Don’s character should never be forgotten within the Stargate universe, just as Stargate fans will never forget Don Davis.

One thought on “One Year”

Sat Jul 4 , 2009
His mistreatment by the writers led to the coining of the term, “Danny-whumping”. He has died more times than most fans can account for off the top of their heads, but in doing so he saved someone else. He’s a walking talking encyclopedia of historical and archeological history. He’s been […]