Welcome to all The Listener fans, the old and the new.

“As a new confidential informant for the IIB, Toby (Craig Olejnik) investigates an assassination threat against a Conservative leadership front-runner — a high-ranking military colonel who may have been involved in the mysterious disappearance of an army private under his command in Afghanistan.” As described by CTV.

***SPOILER ALERT*** Stop right now if you haven’t seen this episode. If you don’t mind them, then keep reading. If you don’t see the show at all for whatever reason, hope you enjoy my thoughts and analysis.

I have to say, this was the hardest episode I ever had to write my thoughts on. It touches on politics (which I have no time for), military cover ups (which has been going on for years), and revenge. So molding my thoughts over these past couple of days of how to write this was challenging. But here it goes.

I’ll try and break it down into it’s topics. First I’ll mention is the topic of politics. You have two men fighting over the leadership of the PC political party. One of them, Gorden Lagree (Kevin Jubinville) is always getting threatening letters, so security is watching him. The other one

Colonel Spires (Matt Cooke) is an ex-Colonel in the military, who we will find out later, was apart of a cover-up. See this is the reason why I don’t vote. I figure what’s the point? They tell you empty promises just to get your vote, then when or if they win in the election, they conveniently forget. I haven’t met a politician who actually cared and fought for something that was in the people’s best interest except for our own ex-premier. He actually stood up for us Newfoundlanders when the ones before him only cared about themselves. Then again, that’s my own opinion.

Then we have a Military cover-up, (something that has been going on for ages), that has come back to haunt Colonel Spires and Corrinne Rommilly (Kristen Thomson), the Colonel’s top adviser. She made sure that everything goes according to

plan for Spires’ protection. She was also with Spires in Afghanistan on a mission that went wrong, which led to the death of Private Scott Flynn (Ryan Turner). Which in turn leads to the revenge part of Scott’s brother, Jackson.

Revenge is something that we all have from time to time in our lives, but it serves no purpose. One can be so consumed by it that they no longer sees reason when others are only merely trying to help and point them down a more helpful path. Revenge and holding grudges only does one thing, drains energy. The difference with this is that Jackson Flynn (Dru Viergever)

was on the phone with his brother, Scott, when Jackson overheard the shots being made and the conversation that took place and he wanted to make the person responsible for his brothers death to pay. I guess in a way I can’t blame him. I’d be on the defensive if anything happened to my sister.

But anyway, in the end, they do stop the Jackson from committing murder and Toby finds out that he’s officially secretly on the informants payroll. But this is not the end of my review. I’m also going to add in some of the funny moments that gave me a chuckle, just to help lighten the mood. I found this scene funny and cute. As Toby (Craig Olejnik) was taking a polygraph test, the woman (Helen Johns) was thinking various things that unbeknown to her, he was able to “hear”. One minute she was thinking if he was single to the next comparing his body to Jake Gyllenhaal, something I wouldn’t mind knowing myself. LOL. All the while that was happening, Oz (Ennis Esmer) was in the weights room with Ryder (Arnold Pinnock) There’s a lot of funny moments between these two guys. Oz loves to party and Ryder is all about exercise and taking care of yourself. Ryder offered to train Oz, but don’t see that happening. However what cracked me up was the line Ryder said to Oz, “you’re not 28 anymore.” To which Oz replied, “actually I am.” Every time they have a scene together, I have a good chuckle.

Then there’s the part after Toby was done with the polygraph and he met up with Dev (Rainbow Sun Francks) that warranted me to laugh some more. Here’s part of their dialogue from that scene:

Dev: “Actually I wanted to talk with you about that.”

Then Toby reads Dev’s mind and “hears”: ‘Damn shame. I was really looking forward to working with the guy.’

Toby continues: “Yeah I know I was nervous.”

With that Dev says: “Yeah or gullible.” I couldn’t help but laugh when Dev says, “Oh C’mon. How many times in my life am i gonna pull a prank on telepathy?” With Toby ending it with, “Hopefully that will be the last.” But I have a feeling that there will be another time where Dev will try and get Toby again.

Another funny scene was when Sandy (Tara Spencer-Nairn) and Ryder was having a conversation about golf. I just love her little smirk when he describes his new putter. “All titanium putter with the copper inserts…” Until she asked where he’s going to play, her comment back was referring to the 11th hole, “it has a wicked back to front slope.” The look on Ryders face was too funny. I guess he thought by talking macho it would impress her. But the joke was on him when he found out that she’s played golf there before, and more than once. LOL

This is the reason why I love this series. Not only does it touch on some important every day issues, but they always find the time to add in a little humor. Something that we need more of in what’s been going on lately. This show demonstrates such approach with the creative writing and the brilliant acting. Again, I’ll end off this in another positive and typical way to end any day. With friends getting together for another lovely way to end the episode. Sandy, Oz and Toby, with a bottle of wine (or beer as Toby would rather), and some snacks that Sandy had brought with her.

Thank you for popping by the WormholeRiders News Agency again and reading my thoughts on this episode. I hope that everyone will see this amazing series.

One thought on “The Listener: Season Two Episode Three — In His Sights”

Sun Feb 27 , 2011
Hello to all my fellow Chucksters out there in the Wormhole! How has everyone been doing? I hope you’ve all been well! Chuck has been pretty epic this season. There are so many wonderful guest stars and (gentlemen) do I even need to mention the C.A.T. (Clandestine Attack Team) Squad?! […] 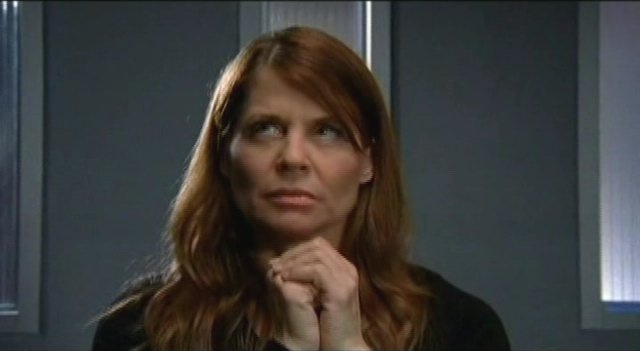