To all The Listener fans ou

Sorry I’m a little late with this one, it’s been a real hectic week. But I hope you still enjoy the read.

***SPOILER ALERT*** If you haven’t already seen this episode, stop now and read later. If you don’t mind, then by all means, keep reading.

“McCluskey recruits Toby on a case involving smuggled weapons, which takes a turn for the worse when an undercover operative winds up dead.” As described by CTV.

You’re in for a big treat with this episode. Mr. Ennis Esmer told me in a tweet that this was a very intense episode. Well, that’s putting it lightly. So again, I will write this review with my thoughts. What I found funny, endearing and conflicting. So sit back and I hope you enjoy. Well this episode starts off as a typical work day for Toby Logan (Craig Olejnik) and Oz (Ennis Esmer). Just driving along the streets of Toronto when they get a call. Of course it’s anything but when they reach their destination and finds an older Asian man sitting in his chair, a frantic wife and neither of them can understand each other. Until Oz motioned for Toby to read the patients mind.

Now this is where I had to laugh, and I’m sure that if Toby was to really “see” what he saw, he’d be blushing a lot more then he did. When Oz asked him, “Well?” All Toby could say back was, “That didn’t help.” The vision that Toby seen was of what you would see if you go to a strip club, half dressed women dancing around a pole. I am still chuckling while I am writing this. LOL

Anyway, the reason why they ended up having to bring in this gentleman was because Toby went into the wife’s mind and seen that she was crushing up Viagra,, yes,, VIAGRA!! Of all things and putting it in his tea. And the husband did not know. LOL. Don’t think that was a good idea, considering he was also on medication for his heart. I hope he has good life insurance, LMAO!!

Another chuckle session when Oz and Toby was talking about what they would want to think of that when they were dying. Of course Toby could not help but say, “well she was very beautiful.” *chuckle*

This takes us now to the two newbies of the show, Sgt. McCluskey (Lauren Lee Smith) and Detective Clark (Rainbow Sun Francks). Clark I like mainly because he didn’t seem to have some sort of ego thing going from the first episode. I wasn’t sure if I was going to like McCluskey or not, but by the end of this episode, she’s beginning to grow on me.

I’m assuming that Sgt . McCluskey asked Detective Clark to do some kind of background check on Toby Logan. This is when they find out about Officer Marks and how she was killed protecting Toby.

From what was still a mystery to them, but something, no doubt, they will find out. So of course, as they were bringing up Toby’s file, they ended up with more questions then answers. Until McCluskey had to cut the meeting with Clark short when one of her informants called and she had to leave. When she met up with her informant, that’s when he let her know that their under-cover cop has been compromised. And that if she wanted to keep him alive, she had to get him out of there, and the sooner, the better.

So she met up with Nick and tried to tell him that she had to pull him out now. He wasn’t that pleased, being under-cover for three months, and all that money going into it, to only have to quit when he felt that he was so close to ending it. But McCluskey wasn’t thrilled on quitting now either, but she didn’t want him getting seriously hurt, or worse,,, killed. So with her better judgment, she left it alone. This I thought was cute and funny. As the boys were sitting at the bar, having a few drinks, a very beautiful woman came over and started flirting with them, but mainly with Toby. (Though I’m pretty sure I could have done a better job at it, LOL). Again poor Oz, feeling a little left out, he came up with a way to excuse himself, and left Toby and the woman alone. It was only a short time later that Toby got her number (albeit a business card) with her title written on it – Risk Assessment Manager. LOL Toby can’t seem to win either. Here’s another newbie to the show as well. Sgt. McCluskey’s boss, Alvin Klein (Peter Stebbings). I hope we see more from him in the upcoming episodes. Anyway, McCluskey has a chat with her boss and tells him what her informant had told her, and that she’s thinking of just axing the whole thing.

He reminds her of the amount of money that went into this operation, and that by pulling out now, they may never get another shot at this. So it was one of two options, let it play out, or quit. Then she had a third.

So then we find McCluskey with Toby. I wonder if this will be the time in which he tells her about his ability? Although I can see why he’s hesitant, Officer Marks. She knew his secret and in the end, she took it to her grave with her.

But McCluskey was determined on knowing his secret. That’s when Toby told her that he can read facial expressions and body language. Though, not sure if she really bought it, but it seemed to have worked, for now. That’s when she asked him for his help. Now we discover the reason why McCluskey recruits Toby. What is it with boys and their guns?? I hope they get what’s coming to them in the end. With the seller, Pierre Charlebois (Cle Bennett) seeing his inventory to Lutier (Thomas Hauff)

Of course, little while later, McCluskey takes Toby to where her undercover guy was in meeting up with the arms dealer she is trying to take down. Through all the jigs and rills, it makes me wonder if this is where he will tell McCluskey about his ability – his real ability, and not a face-reader as he told her. He enters what looks like a restaurant/bar to “read” their expressions. Of course he “sees” a lot more. Now he’s got the problem, does he tell her what he really knows, or tell her what he got from the surface. He opts for the second option.

And when he returns to the car, Detective Clark is already in the passenger seat, forcing Toby to sit in the back. Unfortunately, confirming what her informant told her hours before, get your guy out now, they know he’s a cop. After being told that she was pulling the plug, it was getting too dangerous, Nick got to meet Toby. Of course he wasn’t too pleased at the fact that McCluskey was buying this nonsense, but she had no reason not to trust Toby. What with his past relationship, why would she not want his help?

Of course, you know what Nick will do? Yep, he continues with his mission, his rational is because this is what they are trained to do. To take down the bad guys no matter the cost. Though, that’s what McCluskey is trying to avoid, the cost.

Unfortunately, little later when Toby and Oz were bringing in another patient into the hospital, Toby seen Michelle looking in on a man who was brought in with a gun shot wound. This to me was one of the best moments during this episode. Although I’m sure there will be others, but this was the start of it. And the beginning of Toby asking himself, does he go down the same path again, and tell McCluskey about his telepathy or does he not. Stay tuned to find out. LOL. This was a touching moment between friends. Toby debating on telling his talent, Oz trying to lighten the mood, which didn’t seem to be working. All Toby could think about was how it worked well in the past, with Officer Marks. He wasn’t sure if he could go down that road again and have another person knowing his secret and risk getting too close.

I love these guys how they interact with each other, they are more then friends, they are more like brothers. Always watching out for the other. A true friendship that’s very rare to have, let alone being co-workers as well.

Toby ended up telling his secret, though, not in the best of circumstances. He visited Nick, who was laying in a coma, trying to see if he can “see” anything. He managed to get a few more details out of him, when Michelle came into the room. You could sense how nervous he was, but he felt that if he had just came clean and told the whole truth of what he “saw”, that this would have been avoided. In the end, he asks Michelle to let him help her find the people responsible.

Of course Dev didn’t believe any of this when Michelle informed him back at the IIB headquarters, and that Toby was just some kind of con artist. It wasn’t until they started working on identifying who actually shot Nick, that it seemed that Dev was giving in that it could be possible. Until Michelle got a call, and it didn’t take no mind-reader to know what the call was about.

This is where you see a softer side of Sgt. McCluskey. Although, no one likes to be the barer of bad news, it fell to her to call Nick’s family to inform them of his passing. I think this is where she found new strength to want to bring down the people responsible.

With the intel provided by Toby, they were able to track down and apprehend Theo Sheridan (James Purcell), the guy who shot and ultimately killed, Nick Auletti (Michael Majeski), along with Pierre and Lutier. Of course Toby wasn’t one for sitting on the side lines, he was right there, doing his part.

I’ll end this with a lovely pic of Toby and Michelle engaging in some friendly chit-chat. Could this be the start of a future working relationship? Or will it become something else. Stay tuned to find out. The Listener returns each Tuesday evening in Canada on CTV. Check your local listings for air times.

I hope you enjoyed my review, analysis and thoughts on this episode of The Listener. Again sorry it’s a tad late in getting out, but some things just can’t be helped. Thank you for popping by the WormholeRiders News Agency and please do come again.

If you have any questions or comments, please feel free to leave one. You may share this article by clicking one of the social media icons below, or you can contact me on Twitter by clicking on my avatar. 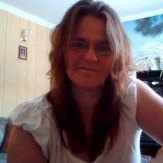 Tue Feb 22 , 2011
Heyla, V Series fans, Here I am with my first ever review! I hope you all enjoy reading as much as I did writing about Siege! I thought episode six, called “Siege” was excellent. It had many sad and brilliant moments. The first sad moment, for me, was when Anna […]