Welcome back The Listener fans!!

“When an imprisoned criminal mastermind (Peter Outerbridge) holds the key to the whereabouts of a kidnapped judge, Sgt. Michelle McCluskey (Lauren Lee Smith) brings in Toby Logan (Craig Olejnik) to read him, with unexpected results.” Quoted from CTV.ca

After watching this episode, then again on the CTV website, I started thinking of how to go about writing this review. I did not want to do a play-by-play of the accounts that went on. Done that in the past, trying to stay clear of it. Though I must admit, it is hard not going back to that in the past ones I have done. This time I will try to focus on each character according to the situation they find themselves in.

So let us grab a cup of tea (my preferred beverage) or a coffee, sit back, and enjoy the read.

Again ***SPOILER ALERT*** to those of you who may not have seen this episode yet. Keep reading if you do not mind spoilers. I will be jumping throughout this one.

I will start with some minor players in this episode, but play a huge part in the turn out. First of all we have a murdered girl, Andrea Fry (Laura Jeanes) who was a girlfriend of sorts with Gregory Harrow (Kristopher Turner). I guess her past came out, that she was an orphan (or so we thought), Gregory killed her and paid off Judge Sonnenfeld (Stewart Arnott) to keep his mouth shut. I will fill you in in the end as to how this is all tied together with Magnus.

Another person I shall write my thoughts on is this criminal mastermind Magnus (Peter Outerbridge). And no, I did not get my characters mixed up. This is not the same Magnus from Sanctuary, though it would be interesting to see that merge. 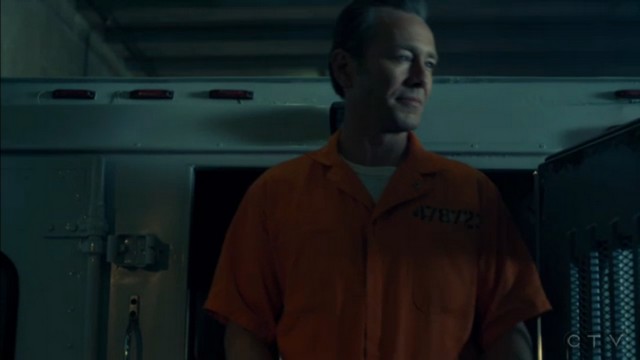 This guy was interesting. Not in a “oh cool!” but in one of those “what does he have up his sleeve” kinda way. He claimed to have information to give to Michelle to help save or find a kidnapped person (which we find out is a judge and you will see who and why later in the report). I mean, honesty, you have to wonder what he is up to. 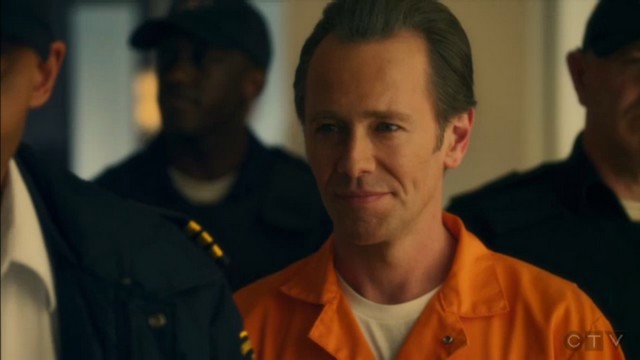 I must say that Mr. Outerbridge plays a great psycho.

He puts me in mind of Hannibal Lector in Silence of the Lambs, though not that extreme. But the one thing I can say they had in common was the fact that they both loved toying with the authorities. In this case, Magnus loved sending Michelle on wild goose chases.

I could ask the question what was the point to all the playing around? But then if he had told Michelle his plan, his objective would not have occurred. And what might that have been you may ask? Well what Toby finds out later when Magnus was back in prison into his cell, was that Andrea Fry was his daughter. When Toby called him on it, he could not deny that she was not. 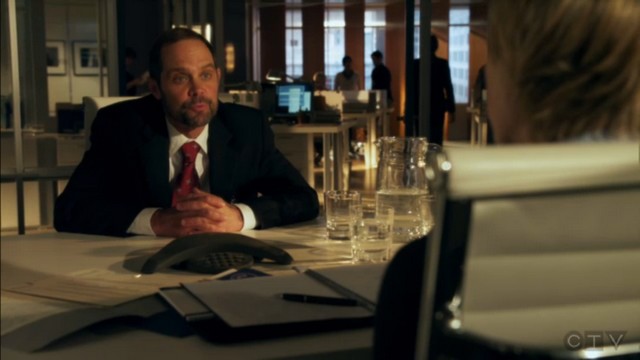 This still baffled Michelle when she was talking to Detective Romero (Pablo Coffey) about this case. It was one that did not make sense to him. How a girl with no past, managed to get a full scholarship to University, get killed and no one came to claim her.

There were times that I was so confused as to what the devil was going on. And I believe once you watch this one, you might feel the same. However, it all comes clear when we find out that Magnus had someone on the outside helping him.

Trying to frame an inmate to the kidnapping of a judge was one that did not make sense, nor did it work when the team finds out that the reason for his lack of communication with his parole officer, was due to the fact that he left the country five days before all of this was supposed to have gone down.

When it all came clear that Andrea was Magnus’ daughter, and the fact that the judge was paid off by a spoiled rich kid who was dropped from his inheritance, well Magnus wanted pay back. And who can really blame him really. He was in prison anyway, and most likely for life, what’s murder to add to the other charges anyway.

Once Gregory was arrested for the murder of Andrea, he was “assigned” to be room mates with Magnus. Though, I pitied Greg, he had no idea how this had happened. And of course, who was Magnus’ little helper from the outside? It was none other then his guard, Officer Dewhurst (Maurice Dean Wint). You would not think that he would side with a criminal, but if you could get your hands on $50 million, would you not do so also?

Although, there was a few lighter moments in this episode. Places that made me chuckle. One of them was when Oz (Ennis Esmer) was talking to Sandy (Tara Spencer-Nairn) about her last relationship. Apparently she was the one who proposed to her then husband.

Of course Oz made a remark that she must have had “hundreds of men” until he received a look from Sandy which made him stop talking!

But as time went on, Oz was back in triage talking to a boyfriend of how he should have proposed to his girlfriend. This made Sandy listen in to the conversation, without being too obvious. After she heard just how sweet and romantic Oz can be, she went over to him and slipped him a small piece of paper and tucked it into his front pocket.

Although, I could not help

but to laugh at the look on Oz’s face when he took out the paper and realized that she in fact left him her number. AND that she told him that she got “off at 9.”

The look on his face alone was enough to make me laugh. In some of the past episodes I have seen Oz attempting to impress Sandy, and always making it very awkward in the end. So hopefully this time, it works out.

In the end, could this be the starting of some sort of relationship? I would like to hope so. I think they can both use it right now, If nothng comes of it, I am hoping they will eb able to remain friends.

Sorry if this review seems to be confusing when reading, or all over the place. In my analysis I found this episode to be a bit difficult to write. I would recommend everyone who has access to this fabulous series to watch it when the episode when it airs on television in your region.

Be sure to check your local television listings for the date and time. To our friends in the United Kingdom, please do not forget you can now see The Listener in your neck of the globe. I would suggest following TheListener_FIC on Twitter or visiting their new website, The Listener – Fox International Channels, for the latest updates. You will not be disappointed.

I wish to also thank the great people at Shaftesbury Films. Their staff was able to get me some awesome rating news on the popularity of this series. Albeit it is only based on Canadian ratings, I am hoping with enough of the fans getting the word out there The Listener will soon be available for my American friends again.

Press Release: “Toronto, ON (March 25, 2011) – The hit CTV Original Series THE LISTENER is making a move to Fridays at 8 p.m. ET beginning April 1 on CTV (visit CTV.ca to confirm local broadcast times). Averaging 1.05 million viewers season-to-date, THE LISTENER has seen growth with younger viewers (+ 7% with A18-34) and an impressive 14% growth over its Season 1 average.”  This was quoted from CTV Media

Thank you for stopping by WormholeRiders News Agency and reading my thoughts.

I hope you come back again soon. You can leave a comment here or you can reach me on twitter by clicking on my avatar to the right.

Till next time. XO

Wed Mar 30 , 2011
Greetings Fringe Fans! This has been a Fringtastic week for the Fringedom! Fringe was renewed for a fourth season with a full 22 episode compliment! This has set the Fringies into a frenzy of ecstatic joy! How can we not be, in an absolute, out of this alternate universe, bliss! […] 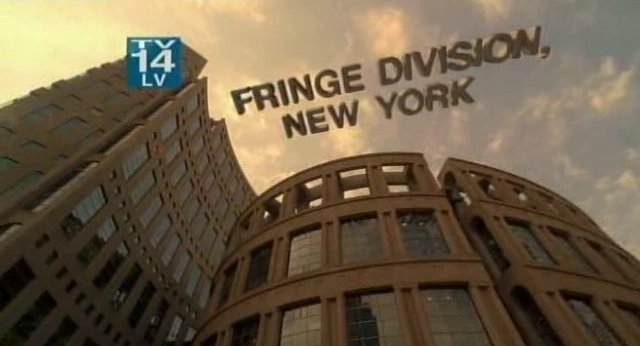