Greetings fans of The Listener!

***SPOILER ALERT*** If you have not already seen this episode, then stop now and come back at a later date to read. Otherwise, carry on. Thank you.

“Toby Logan (Craig Olejnik) is still haunted by guilt over the murder of his friend Detective Charlie Marks (Lisa Marcos) and the disappearance of his mother – has resolved to stop fighting against his mysterious gift and use his telepathic abilities to help others.

When he revives a woman (Rekha Sharma, V Series, Battlestar Galactica), who nearly drowned, her amnesia gives him the perfect opportunity. But unbeknown to him, she has tangled in a case of corporate espionage and murder, and she might not be the victim he presumes.

As he sets out to help her remember her past, she has also been investigated by Sgt. Michelle McCluskey (Lauren Lee Smith) of the I.I.B. who has taken a special interest in Toby’s connection to the woman and uncovered his more than coincidental history with a number of major criminal cases in the past.” (Quoted from CTV’s website).

I, like others, I am sure, have been waiting anxiously about this season 2 premier of The Listener, that I just had to write a little something on my thoughts of this very cool series. First of all, what captivated me was the beautiful city skyline. With the beautiful CN Tower off to the left, makes me want to visit the city of my birth again. Yes, I am a Torontonian, my parents seems to have a real quirky sense of humor and move here to Newfoundland. Anyway, on with my thoughts.

Previously with my reviews (of any kind), I write a play by play of what went on in a certain episode I do. I am going to do this differently and point out different places and scenes that I liked. I hope you enjoy the change in my review style.

First of all what made me chuckle was the fact that Osman ‘Oz’ Bey (Ennis Esmer) had set up some sort of gambling spot where Toby (Craig Olejnik) could use his telepathy to win a few games of chess, one after the other, to “scam” people of their money. But the laugh was on poor Oz, because after the money was split between them, Toby gave his winnings to a gentleman accepting donations. So leaving Oz to give the man his as well. Awww Oz,, easy come, easy go, lol What makes this episode, and series in general, great to watch is the friendships between the characters. In this one we see how Oz is concerned that Toby will want to go back to his old routine and help everyone he encounters. Even though a few hours later, Toby and Oz are joined by Dr. Olivia Fawcett (Mylene Dinh-Robic), Toby’s now ex-girlfriend, ban together to help out “Ann” (Rekha Sharma). Of course with every good guy, you’ve got to have a bad one. This one ends up being “Ann’s” boss Jerry Morrow (Stuart Hughes) who had hired some sort of hit man named Martin (Patrick Stevenson) to have her killed. He was not too pleased to read in in the paper that Martin screwed up. So while Toby is at the hospital with Liv, checking in on Ann to get some kind of glimpse of how she ended up being pulled out of the lake, Oz was in a meeting with his boss, George Ryder (Arnold Pinnock) and finds out that he is up for accommodation for reacting quickly and saving the life of a woman two weeks prior.

Now, here is a new character for us to try and like. Sergeant Michelle McCluskey. First impression: well when you get to see the episode, I will let you be the judge of that, but for me she seemed to have some sort of ego going. Hopefully she will mellow out as the show

Of course, what’s a Sergeant without her trusty Corporal? That is correct, it is none other than our long lost Lt. Ford from Stargate Atlantis. Only this time his name is Dev Clark (Rainbow Sun Francks). He looks very different from the last time we seen him. Real snazzy hat there Mr. Francks. 🙂 Toby takes Ann back to the beach they rescued her from to see if anything here will bring back her memories from what had happened for her to end up there. This is the pivotal moment when she hears a ferryboat sound it’s horn and with another image that Toby was about to pick up, they went on the ferry to the island. It was after they came back that they got picked up by Sgt. McCluskey and a team of officers and took them all back to their headquarters. It was at that moment they were told that her name was in fact Lynn Kendall and that she was the I.I.B.s (Integrative Investigative Bureau) *of which we find out later from Dev and Oz’s short chat*. She is a suspect in their investigation. Toby then felt compelled to talk to Sgt. McCluskey about his time with Lynn. To which McCluskey’s attitude was less then grateful.

The part that I really had to laugh at was the scene with Oz and Dev. Oz didn’t really notice what I.I.B. stood for so thought he would make a joke and referred to it as “International Imaginative Buddies”. Clark was less them impressed. But the look on his face was enough to make me chuckle. Now in the midst of all this, another scientist, Roman Przyblanski (Stephen Park), decides to insist on a meeting with the CEO of Superior Mining, Jerry Morrow and inform him that he has information that his colleague had, produced the paper document and told him that he had a copy if he didn’t get what he wanted. Now the man clearly didn’t think his words through, “a dime less or a minute late” and he would make this public in the newspapers and internet. What he should have also added in there,, “or in my death.”

So while McCluskey kept drilling Lynn with all the information she had piling up on this case, Toby felt it prudent to visit Sarah Mirtschin (Sabrina Grdevich). With that he was able to convince Sarah to come back with him and inform the police of what she knew. And that Lynn was as much of being a victim as she was.

That was when Lynn told Toby of her plan. Which was to wear a

wire, have the cops under cover and in various places watching and listening to her incriminate her boss. I do not think he sensed the trap, but he cut the meeting short. Of course Toby wasn’t too far away either, making sure that Lynn was safe.

With Toby “sensing” something and eying

the jogger, they were able to arrest both culprits and take them off. Which made Sgt. McCluskey wonder a few things. I wonder if Toby will confide in her his “talent”. I guess we’ll have to wait for the next episode to find out.

I will end this review with the way any day should end, friends gathered together having a social drink, reminiscing on the past events and enjoying each others company. I hope you enjoyed my thoughts and analysis of this episode of The Listener. Stay tuned for next week, when I will be sure to have the next installment for you to read!

Thank you for popping by the WormholeRiders New Agency, please come again. If you like, you can leave a comment here, click on one of the buttons to help spread this review around, or you can click on my avatar and visit me on Twitter. 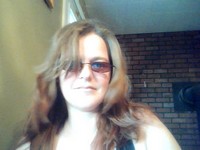 One thought on “The Listener: Season Two, Episode One – Lady in the Lake *Season Premier*”

Being Human - Episode Four – "Wouldn’t It Be Nice" Detailed Review

Mon Feb 14 , 2011
Hello vampire, werewolf, ghost fans, and human beings! Hey everyone here’s my take on the latest Being Human episode on Syfy. SPOILER ALERT! This review is full of detailed spoilers, read on at your own risk. Thank you.. At the beginning of the episode, Josh (Sam Huntington) is running through […]