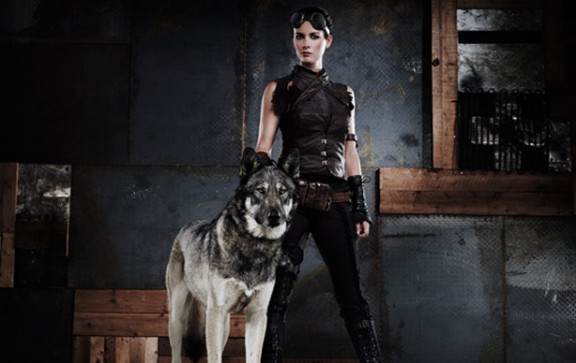 Who here has heard of Riese The Series? Show of hands? Ah, I knew there would be a lot of you! And lucky for you, we here at WHR have some very interesting and exciting news for you about this fantastic webshow. First, a little background on the series.

If you have never heard of Riese before, it stars Christine Chatelain as Riese, Sharon Taylor as Amara, Patrick Gilmore as Trennan, Ben Cotton as Herrick, Ryan Robbins as Rand, Alessandro Juliani as Garin, Emilie Ullerup as Aliza, Allison Mack as Marlise, and Peter Kelamis as Ormand. I know, right?! If that isn’t a geekfest of the highest order, I don’t know what is. 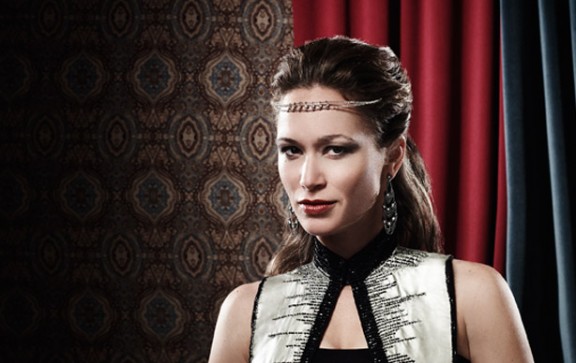 Set in a world of Steampunk, Riese takes place in the nation of Eleysia, a land that was once a peaceful kingdom ruled over by Empress Kara and Emperor Ulric.

In a coup d’état that was organized by a religious group known as The Sect, the Empress’s cousin Amara was placed upon the throne.

Amara, under The Sect’s influence, wanted to unite the world under one rule. That meant only one thing. War. The Sect claims to be the official religion of Eleysia and is thrusting their beliefs upon the nations falling to them. Because of the vicious rule of the Empress, the land has begun to die. Trust and Truth are no longer. Compassion is just a long since forgotten memory and Humanity is considered to be a traitorous act. 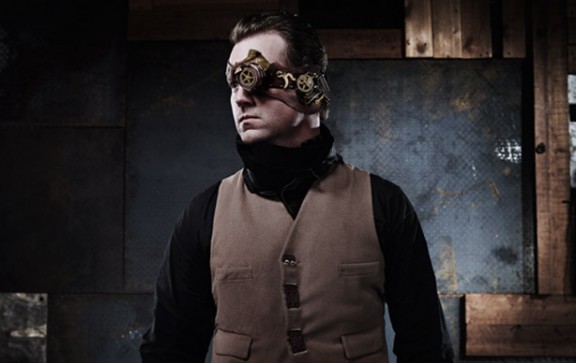 Through all of this comes Riese and Fenrir. Where did she come from, this wanderer and her wolf? That is a question even she can’t remember the answer to, but she knows that it is her duty to help the downtrodden people of the lands.

The Sect branded her a heretic, but she is really a light amongst the darkness that has consumed Eleysia; Humanity’s last hope. On the run, she must find the answers to the questions that plague her and realize her destiny before it is too late. 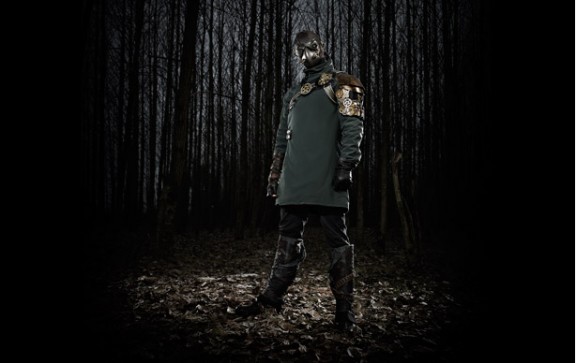 Sounds amazing, yeah?! Well, let me be the first to tell you that it is indeed! Riese first aired on the Reise Official web site to absolutely rave reviews, myself being one of the ‘ravers’. Over a million hits later and what happened? Riese had to be pulled from the interwebz because Syfy itself had noticed this webshow that was catching everyone’s attention and picked it up!

I don’t know if any of you are fans of the show Sanctuary, but it’s basically the same deal. It started off as an independent webshow, got picked up by Syfy, developed into a television show and here we are on the third season! Hopefully Riese follows that same path. I would love to see it as a weekly program on my TV!

You don’t have to take my word for it though…  Just watch the amazing previews of the first two chapters of Riese above!

As of right now, Riese will return this fall as a webseries and will be shown exclusively in the US on 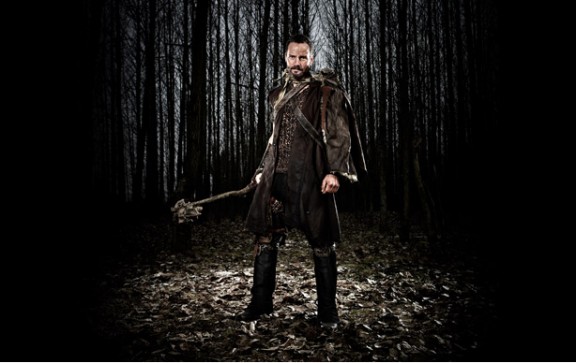 SyFy at the end of October.  Which, if you don’t keep track of months or time, is THIS MONTH!  I believe they are in negotiations to release it to other countries, but nothing official can be confirmed at this time.

But wait! There’s more! The Riese team got together with the guys over at Genius Factor Games and are bringing the world of Riese to your very own iPhone/iPod Touch/iPad! It’s a RPG (Role Playing Game for all of you non-gamers out there) card battle game. You have to decide which path you are going to take in the fight for Eleysia. Will you fight for The Sect, the Eleysian Army or the Resistance? The fate of the nation lies in your hands. Choose wisely. 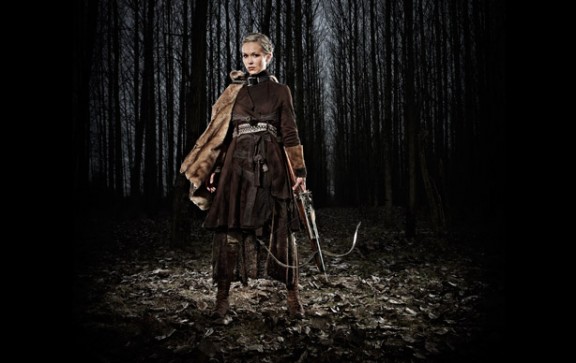 EXCLUSIVE NEWS: The game will also be featuring the voice of the wonderfully talented Felicia Day! That girl gets around, huh?! Wait… That came out wrong. I just meant that it seems as if she is ending up in all of my favorite places lately! …Ooookay, not that much better of an analogy, but you get my point! I hope. 😉

EXCLUSIVE: Here are a couple of never before seen screen caps from the game that the awesome people over at Riese were kind enough to share with us. 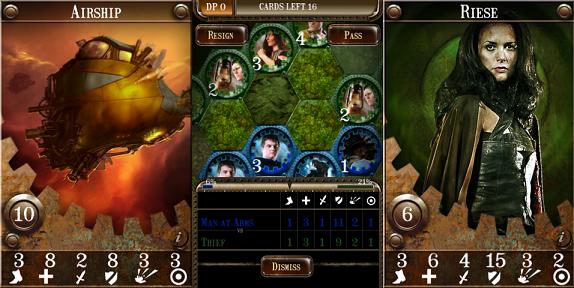 For those of you who are attending New York Comic-Con the you must stop by the Riese booth #2086. Not only will the writers, directors and producers be available to answer your questions, Christine Chatelain, Ryan Robbins, Emilie Ullerup and Patrick Gilmore will be there throughout the weekend to sign autographs, take pictures and chat with the lovely fans! Click their text links to visit them on Twitter or IMDB!

The Reise team are also giving away loads of goodies including 9 limited edition character buttons! As anyone who’s attended a con before knows, it’s all about the buttons. Click the banner above to learn more about New York Comic-Con! 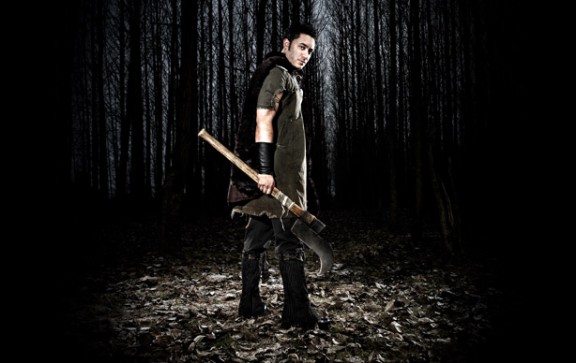 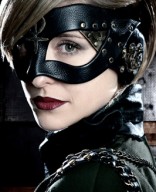 And DON’T miss their panel! It’s going to be TODAY Friday, October 8th at 8:00 PM. Christine Chatelain, Allison Mack, Sharon Taylor, Ryan Robbins, Patrick Gilmore and Emilie Ullerup will be there to discuss the show.

The cast will also do a Question and Answer session AND screen a never before seen episode of Riese!

All you who are fortunate enough to be attending NYCC, I only have two words for you… LUCKY DUCKS!

As always, if you have any questions or comments, please feel free to drop me a line below here at WHR and I’ll do my best to get back to you quickly.

Or as most of our visitors tend to do, you can follow me on Twitter by clicking on my image avatar.

Thanks for visiting and for reading!

You guys are the bestest!

The Event - Episodes Evaluated - Expect Establishment of an Edifice!

Sun Oct 10 , 2010
Welcome back “The Event” fans! This review is not a recap of The Event episodes two and three. I do not favor recaps. Rather this review is an analysis exploring and evaluating some of the theories of the series tied to the storyline, how well portions of the story arc […] 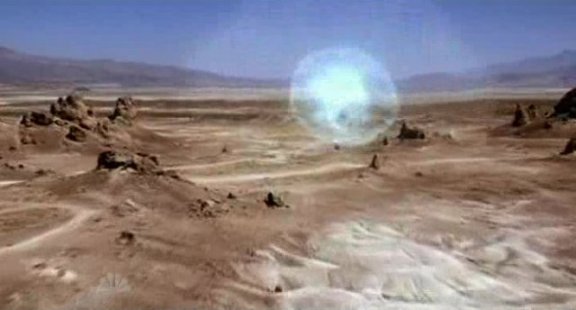