October 9th marked the Season 2 premiere of Sanctuary with the 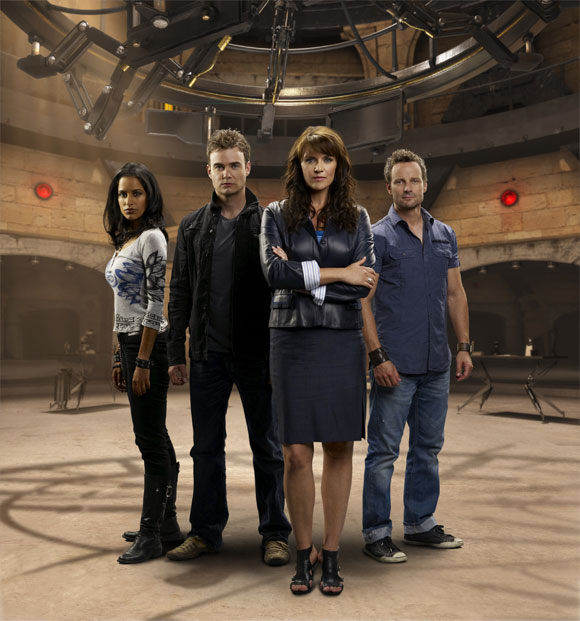 Sanctuary’s Season 2 premiere, following Stargate Universe, was an excellent addition in reviving SyFy Fridays. It appears as though the classic Friday night line up of good sci-fi TV has finally returned! The last time this reporter remembers a good SyFy Friday was when Stargate SG-1 and Farscape aired back to back. With these two high quality blockbusters sci-fi fans everywhere will finally get their SyFy fix!

Fans all know that Sanctuary is filled with high tech wizardry. From it’s very beginning in webisodes to it’s first season, Sanctuary has been filmed almost entirely on a green screen with minimal set pieces, and for the series: by the super high-def RED camera. Unfortunately, and as a Sanctuary fan I’m willing to admit this, the inserted CG quality was not always that good. Granted there is a stark difference between the low video game quality CG used in the webisodes and the higher quality CG used in the series, but it still wasn’t quite as seamless as it could be. There were often noticeable lines around the actors which gave away that they were added to the set via computer, and several of the cut scenes such as the car driving up to the Sanctuary, were almost cartoonish.

Contrary to Season 1 and the webisodes, “End of Nights Part 1” showed us that the CG quality has been considerably improved. Every shot was flawless with not one actor having a hazy white outline from the green screen. Cut scenes were absolutely stunning and realistic in high definition. The bar has certainly been raised.

When we last left Helen Magnus and the Sanctuary team, Ashley had stolen the source blood and went over to the dark side (The Cabal). Our heroes were left hanging. Would they find a cure for the Lazarus virus? Was Ashley lost to them forever? Would Clara Griffin be hanging around for the second season?

So what happened in “End of Nights Part 1?” Bring on the bullet points! 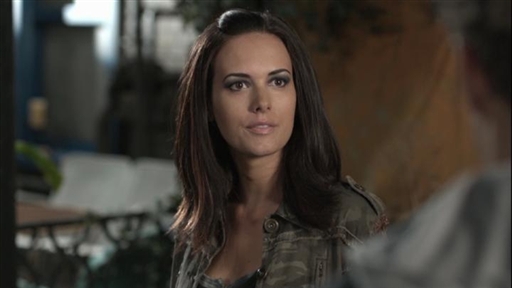 * Clara has relocated to the London Sanctuary where she is doing well and maintaining a long distance relationship with Dr. Will “Huggy Bear” Zimmerman.

* Tesla has found a cure for Lazarus and just returned from traveling the globe to administer it among abnormals. However, much to his disdain, Big Foot has refused the treatment saying it goes against the beliefs of his people.

* Poor Henry begs and pleads for Big Foot to take the antigen. Big Foot remains firm in his beliefs and explains that while he can never go back to his people, it is important to him that he maintain their ways. 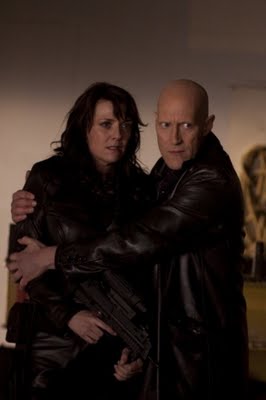 * Helen and John Druitt have been searching the globe for any information regarding Ashley. We find them in Cairo, Egypt attempting to gain information from a seedy, snake eating abnormal with lizard-like tendencies. Needless to say, when Helen’s treats yield little result, it’s John’s threat of teleportation to “somewhere very cold” that does the trick.

* We learn that The Cabal have turned Ashley into a ghost. They have stolen who Ashley was and replaced her with something that will do their bidding.

* The Cabal have also altered Ashley’s genetics to give her all of the Source Blood’s powers, making her a virtually invincible abnormal.

* On a moonlit balcony we come close to learning the current status of John and Helen’s relationship. While there still appears to be some sense of caring there, Helen makes it clear that he’s tolerated because he’s Ashley’s father and it’s his right to be there to which John replies, “I wasn’t asking you on a date.”

* Using Ashley, The Cabal breaks into a top secret facility and steals British Intelligence files, particularly one referring to a project called “Montana.”

* The Cabal begins rounding up the Montana test subjects which we learn from Helen were orphans the government experimented on to create “perfect” DNA. 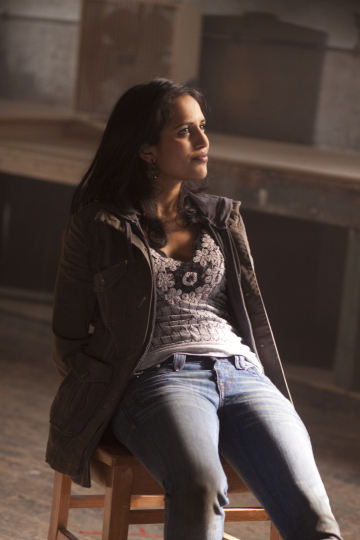 * We meet Kate Freelander (Agam Darshi), a freelancer working for The Cabal in collecting the Montana test subjects. A car chase ensues, and though Helen, Will and Henry capture Kate, she manages to escape.

* The Sanctuary team tries to get to the test subjects before The Cabal but only manages to save one.

* We discover that The Cabal plans on using the Source Blood and Ashley’s new altered DNA to transform the Montana test subjects into the ultimate abnormals.

* Because of her run-in with the Sanctuary, The Cabal puts a hit out on Kate. She is shot and seeks refuge at the Sanctuary.

* Kate tells Helen and the team about a warehouse where she met with The Cabal and Helen, Will, Druitt and Tesla go to investigate. 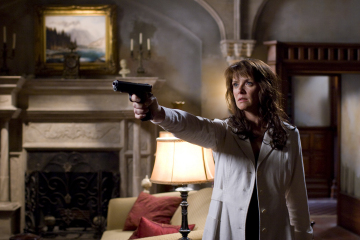 * The warehouse is a trap and Ashley appears only she isn’t like the Ashley they know. She is strong, fast and powerful and attacks the Sanctuary team forcing Druitt to teleport them all out of there.

* The episode closes with Helen near her breaking point. The Cabal has succeeded in transforming Ashley and the Montana test subjects into their very own super soldiers. Their first mission, to take down the global Sanctuary network.

Mon Oct 26 , 2009
The WormholeRiders Team would like to give a great big birthday shout-out to the lovely Miss Emilie Ullerup! Emilie is perhaps best known for her role as Ashley Magnus on Sanctuary, a role that recently came to an end – at least for now! Never fear! We’ll no doubt see […]