As many of you already know, WormholeRiders News Agency covers a lot of science fiction, movie and professional industry conventions. We are always on the look out for new venues and events.

Therefore we were honored to receive the press release from Patricia Stewart-Bertarnd of Auroris Entertainment (a contributing writer her at WHR) regarding a new science fiction convention event called StarCon 2011 to be conducted in Vancouver British Columbia June 24, 25, 26 of this year! 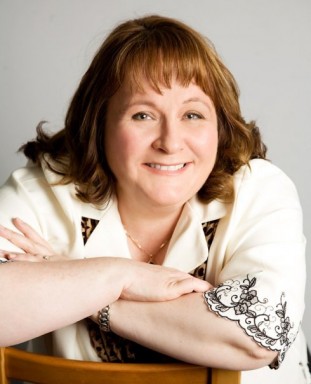 Many of you already know the event producer from her many years of outstanding and enjoyable pre convention social events conducted in Vancouver British Columbia. Ms. Stewart-Bertrand has been planning StarCon for over two years as a new science fiction convention to replace GateCon which closed its doors last year.

We understand the convention is likely to become a sell out so it might be a good idea to book your tickets and hotel reservations early. A third hotel has been reserved for a potential special announcement expected later in the spring of this year with regard to additional talent and convention event announcements.

In closing, the question arises; will WHR be covering this event LIVE? Well folks, stay tuned for more news on that subject in the near future! In the meantime we include the StarCon 2011 press release below for your pleasure. Lastly our understanding is that StarCon Conventions plans additional venues in an exotic location to be announced in the future.

This is going to be a bigger convention for us due to interest from several science fiction productions filmed in Canada, we decided to design StarCon like a Canadian version with roots similar to Comic Con with a bit of Dragon Con thrown in. The idea is to make it easier and more cost effective for Canadian made productions to market their shows to the fans. It also gives the fans an opportunity to ask their favourite actors questions at Q&A Panels.

We are planning some fun events and many opportunities to get up close and personal with the actors who will be attending. Expect a casual convention with lots of humor and general silliness.

For more information at StarCon 2011 please visit our website at: Auroris Entertainment

If you prefer, click the social media icons below to share this news article or as many of our readers and visitors often do, visit me on Twitter by clicking the text links or images avatars in this news story and or on See You on The Other Side“! Thank you.

Thu Feb 10 , 2011
Hello once again Primeval fans, Spoiler warning for United States Primeval fans: This review discusses episode seven of Primeval series four. If you do not like spoilers and have not yet seen episode six, please stop reading now. If you like spoilers, please read on! The special BBC America Primeval […]