On Wednesday July 20, 2022 Team WHR was honored to be granted access to the Comic-Con Museum to interview Patrick A. Reed and Dr. Ben Saunders, Co-curators of the Spiderman exhibit as well as the wonderful Rita Vandergaw, Executive Director of the Comic-Con Museum, where we discussed the exciting sixtieth anniversary of Spider-Man courtesy of the terrific team at JWalcher Communications!

The exhibition took a year of planning with six months of research that created the outstanding detailed walk though event that covers the entire first floor of the museum. The superb #SpideyBeyondAmazing exhibition runs through January 03, 2023, representing a wonderful family event that should not be missed if traveling to San Diego!

“Ever since his debut in 1962, Spider-Man has stood the test of time as one of the most iconic, inspiring, and influential characters in pop culture, capturing the imagination of fans all around the world,” said Cebulski, “Whether you grew up following Spider-Man’s adventures in comics, television, video games or films, no other character embodies the heart and humor of Marvel quite like Peter. We’re thrilled to pay tribute to Spider-Man’s long-lasting legacy, and we’re honored to see him join the Comic-Con Museum Character Hall of Fame.”

During our visit to the Comic-Con Museum, we learned that the facility also honored the world’s favorite web-slinging Super Hero as the fourth inductee into its Museum Character Hall of Fame at “Night at the Comic-Con Museum”, a special event that took place on Comic-Con’s Preview Night, July 20, 2022. The event included access to the exhibit as well as live entertainment, special guests, food and drink. On this special evening, Spider-Man was recognized for his impact on pop culture with the generous support and participation of Marvel Entertainment, which celebrated the 60th anniversary of Spider-Man. 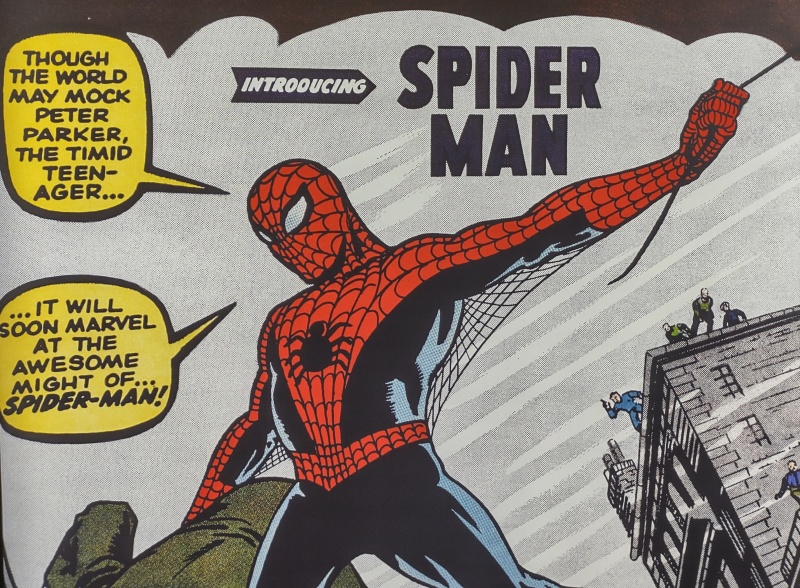 Additionally, the Comic-Con Museum features special displays of the early artwork of Dave Stevens, creator of “The Rocketeer” graphic novel comic which was the inspiration for the movie of the same name, eighty years of the beloved Archie comics, “(Ernest) Hemingway in the Comics” and a wonderful room dedicated to the iconic “Pacman” video arcade game that launched the general public love of video gaming that continues to this very day!

“Marvel’s Spider-Man: Beyond Amazing – The Exhibition” debuted at the Comic-Con Museum on July 01, 2022. Sixty Years of Spider-Man are displayed in a Groundbreaking Exhibit, Located in San Diego’s Historic Balboa Park

SAN DIEGO: To celebrate the 60th anniversary of Marvel’s legendary Spider-Man, the Comic-Con Museum will be home to the world premiere of “Marvel’s Spider-Man: Beyond Amazing – The Exhibition,” opening to the public on Friday, July 01, 2022.

Audiences can immerse themselves in the expansive exhibit, learning about the many creators who have contributed to the Spider-Man mythos; posing with life-size character sculptures; encountering some of Spidey’s fiercest foes through cutting-edge digital elements; and celebrating the cultural impact of Peter Parker and his cast of supporting characters. Attendees can also visit the Marvel gift shop, which will feature an array of exclusive exhibition merchandise, including t-shirts, mugs and magnets.

“The world met Spider-Man in 1962, and he remains a sensation today. This 7,500 square-foot exhibit mixes collectible artifacts with innovative technology,” said Rita Vandergaw, executive director of the Comic-Con Museum. “Spider-Man: Beyond Amazing – The Exhibition” is a co-production of Marvel Entertainment and Semmel Exhibitions, and is presented by special arrangement with the Comic-Con Museum and Comic-Con International.

With purchase of admission, guests can see all the museum’s exhibits, including:

“PAC-MAN Arcade” – PAC-MAN, a neon-lit arcade room featuring one of the most recognized images on the planet, including arcade games, artwork, memorabilia and an exclusive look at the limited time PAC-MAN AR Experience on Snapchat.

Dave Stevens and the Rocketeer: Art for Arf’ Sake” – In addition to over 40 original covers and pages from “The Rocketeer,” this one-of-a-kind exhibit will also feature Stevens’ early works, his artwork for Comic-Con, animation storyboards, and other uniquely designed props and pieces.

A Sneak Preview of “Hemingway in the Comics” – Ernest Hemingway an artist and a pop culture icon through the lens of comics.

About Marvel Entertainment:
Marvel Entertainment, LLC, a wholly owned subsidiary of The Walt Disney Company, is one of the world’s most prominent character-based entertainment companies, built on a proven library of more than 8,000 characters featured in a variety of media for over eighty years. Marvel utilizes its character franchises in entertainment, licensing, publishing, games, and digital media. More information at Marvel. © 2022 MARVEL

About Comic-Con Museum:
Comic-Con Museum is a division of San Diego Comic Convention (SDCC) a California Nonprofit Public Benefit Corporation organized for charitable purposes and dedicated to creating the general public’s awareness of and appreciation for comics and related popular art forms, including participation in and support of public presentations, conventions, exhibits, museums and other public outreach activities which celebrate the historic and ongoing contribution of comics to art and culture. In addition to its San Diego convention each summer Comic-Con (the premier comics convention of its kind in the world), SDCC organizes the Anaheim-based WonderCon each spring, and the SAM: Storytelling Across Media symposium in the fall. On the web: Comic-Con.org/Museum, Facebook.com/ComicConMuseum, and follow us on Twitter (@ComicConMuseum) and on Instagram (@comicconmuseum).

Sun Jul 24 , 2022
Hello my fellow Mayans MC fans, San Diego Comic-Con is back again in 2022 after a three-year hiatus due to COVID, and it has not disappointed! I had the pleasure of interviewing Vincent “Rocco” Vargas on Saturday night July 23, 2022 just prior to the fabled Mayans MC panel that […] 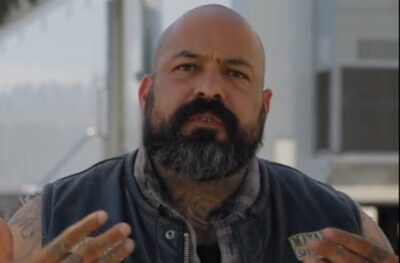