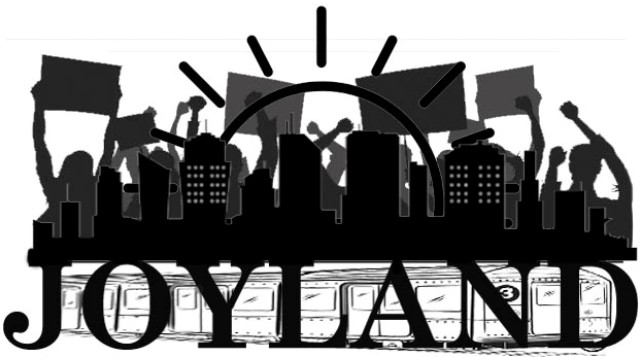 Today Team WHR is taking you on a journey through time, ripping a wormhole back nearly six decades to the 1960’s to a place called Joyland, a brand new television series set in New York City during the “Olden Days”. See the entire first episode included below!

While many think that the civil unrest and political strife of the twenty first century is something we have not witnessed previously, this is not the case. Joyland TV the series is  a brand new series premiering on Monday March 22, 2021 that will juxtapose the 1960’s with 2021 using a new series technique of “Zooming” to the beat of the “Kobayashi Maru” effect made famous on Star Trek, first depicted in the opening scene of the film Star Trek II: The Wrath of Khan when Captain Kirk “broke the test” of a no win situation.

Think of the rules for television series over the past seventy years; expensive studios, large scale design sets, exotic filming locations and et cetera. Such programs were broadcast on network television and, later on cable channels. Next came web series which used much of the same studio, set, location filming techniques. The exception was that the web series premiere was made available on the Internet as was accomplished first in 1995 in a web series called “The Spot”, then came “Space Dog” in 1998, later in the late 2000’s with a program called “The Malan Show”, the first web series to garner 100 million views during it’s run. Finally, the true first hit science fiction long lived web series was  Sanctuary, a 2007 mini series that was released as 20 minute vignettes that were so popular that it broke the content delivery servers, ultimately picked up by the SciFi Channel (now known as SYFY) which went on to an award winning five year run.

Now comes Gary Morgenstein and the creators of Joyland TV who are going to break all the rules of the series development, having developed a revolutionary new way of breaking the “test” using Zoom to create the scenes that are used in the series! Joyland TV will begin as an episodic series, each approximately one hour in length, to be published on a monthly basis. The screener previewed by WormholeRiders attests to the success of the concept bringing all the realism and character development to life using Zoom as the backbone for episodic story arc creations.

No spoilers will be revealed as the premiere is scheduled to be released on Monday 7PM eastern time, 4PM Pacific time March 22, 2021 on YouTube. Although Team WHR is embargoed until that time, we can share that Joyland TV the series is going to be a runaway hit that will be enjoyed by the viewers!

We include the entire first episode below for your enjoyment and look forward to seeing you in Joyland!

NEW YORK –  March 22, 2021 – Crack open a Ballantine beer and put on The Beach Boys. Or mix a martini to Dean Martin. Turn on Walter Cronkite, who might talk about a faraway place called Vietnam. Hey, take a toke. And come with us back to the tumultuous 1960s, where today began.

Joyland begins in 1964 in New York City, aflame with protests after a cop has shot an unarmed African American teen, and at a Catskills bungalow colony, the iconic summer getaway for New York’s working and middle class.

Joyland follows the stories of former New York Knicks star Marty Dent’s dream of resurrecting his city – and himself – by bringing a basketball team to Brooklyn in the new American Basketball Association, and his former teammate and best friend Reverend Julian Bass, the dynamic Martin Luther King-like minister of Brooklyn’s First Church of Christ, who is trying to bridge the racial and class divide.

Joyland TV pits Tyra against Marty’s wife Deb Dent, a conservative political activist, and Kenneth Lapidus, a powerful, politically connected department store magnate who mulls a run for Mayor while his defiant daughter Karen struggles to carve out her own career, juggling an unfaithful husband and unstable teenage daughter.

As we see the gray moralities of business owners Mr. Wilt and Sal Cumpella, the struggles of Edna Morton and her African American lover Red Harrison – recovering from a brutal racist attack – to save the Breezy Meadows Bungalow Colony, and teenager Aaron Dent, a fast-talking would-be talent agent terrified of his awakening homosexuality.

Joyland TV the series intersects with real-life personalities and real-life events from the worlds of politics, entertainment and sports, from Lyndon Johnson and Bobby Kennedy, Rodney Dangerfield and Moms Mabley, to Bob Cousy and Connie Hawkins.

Said Morgenstein, Friedman and Seraphin: “Although the series is set nearly 60 years ago, the similarity to the issues of today are unsettling, from racism, sexism, government lies, partisan politics to class warfare.

So much began back then, that the period is ripe for dramatic exploration through the compelling stories of this complicated diverse ensemble.

While we wait for the entertainment industry to return to post-pandemic normalcy, we decided the strongest way to tell our powerful stories was by producing the program through the technology of the Zoom platform and then dropping to the world on YouTube.”

Gary Morgenstein’s novels and plays have been featured in national media from The New York Times, Entertainment Weekly, Parade Magazine, New York Post, Sports Illustrated to NPR. His sixth novel A Fastball for Freedom (“the ‘Empire Strikes Back’ of the series”), the sequel to his critically-acclaimed dystopian baseball-science fiction A Mound Over Hell (“1984 Meets Shoeless Joe”), will be published by BHC Press on March 25. In addition to the new post-pandemic play Black and White Cookie, he is the author of the stage dramas Saving Stan and A Tomato Can’t Grow in the Bronx, and the off-Broadway sci-fi rock musical The Anthem.

Russell Friedman began a 30+ year career as a television executive after graduating from the University of Maryland, where he studied Radio, TV and Film.  The Emmy Award-winning Friedman has worked for the Syfy Channel, USA Network, PGA Tour Productions, ABC Sports, NBC News and Specials, and ESPN in his long and varied career.

DeMone Seraphin is a Helen Hayes Award nominee for his direction of TOPDOG UNDERDOG. Other directing credits include the Off-Broadway revivals of SPLIT SECOND and THE EXONERATED, the world premiere musical “ONCE UPONZI TIME: A Tale of An American Scheme” at the McCarter Theatre, Off-Broadway premieres of “YOURS TRULY, ELLA! A Celebration of The Ella Fitzgerald Songbook”, “BACK O TOWN”, the German premiere of August Wilson’s JITNEY and the regional revival of the musical RUNAWAYS. As an actor DeMone has appeared on Broadway, nationally, and internationally in MISS SAIGON, RENT, RAGTIME, J.C. SUPERSTAR, AIN’T MISBEHAVIN, and MAN OF LA MANCHA. DeMone is the Founding Artistic Director of The New American Theatre Co. NY.

Team WHR will return with more analysis of Joyland TV, a favorite new series subsequent to it’s premiere as well as select science fiction book and television reviews. Please feel free to share this article with your friends, co-workers and or family and leave your comments! We look forward to you visiting our dedicated review and analysis web site here in the future!

Debris Review In Universe - Terraforming Home On The Range!

Mon Mar 22 , 2021
Welcome Back Debris Lovers and WormholeRiders, The fourth fantastic episode of Debris, “In Universe”, reveals many details only hinted at in previous episodes by series creator and executive producer J.H. Wyman, who also wrote this episode. STOP READING NOW AS MAJOR SPOILERS LAY AHEAD. In the first two episodes we […] 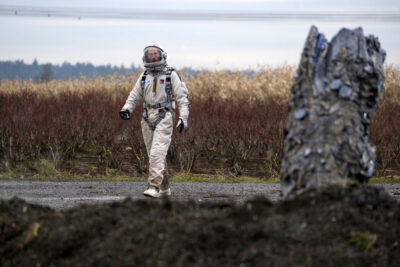