We are excited to present this WormholeRiders Roundtable, part of the WHRYouDecide Series, Featuring interviews of several Science Fiction and Fantasy writers. Many thanks to BHC Press  and Gary Morgenstein for this WormholeRiders’ exclusive interview with Jean Booth!

Mythologist Joseph Campbell once wrote a best-selling book, called The Power of Myth. The book was published and almost immediately turned into a PBS miniseries, a series of six one-hour-long interviews with the author about his insights into ancient supernatural beliefs. Incredibly, it aired after he died. Campbell’s death was sudden and unexpected. Passing from this life to the afterlife can happen without warning…

Some may say that there is something supernatural about the timing of the course of events. In fact, some say myths were created for the very purpose of explaining, through the fates of the gods, how the incidents and accidents of the physical world came to be.

For example, the Greeks told of Demeter, goddess of vegetation, and how every year she laments the loss of her daughter Persephone to Hades in the underworld for half a year, and this explains why we have winter. The ancient Egyptians imagined that each morning Ra would come up in the eastern sky as a baby, grow old by the end of the day to the west, and the world would then be dark because Ra had died of old age and was down in the underworld with the dead. There you have it: day and night explained.

But that is not what Campbell thought. Here is what he has to say about the enduring potency of supernatural mythology:

Author Jean Booth is a maker of this kind of mythology, that touches on the rapture of being alive. She has written within several genres, including the zombie genre, but her series Origin of the Supernaturals is her standout work. In it she has constructed a realm with characters, human and Supernatural, that touch her readers. The legend of Atlantis is the backdrop for this book series, which develops a world that offers more than simple explanations for phenomena like why the sun rises or why the seasons change. Booth explores, through her characters, the innermost reality of who they are and what they were meant for. More importantly, that humans have the capacity for supernatural strength and love within them.

The protagonist is Natasha. She crosses over to the Supernatural, and her readers are invited to go with her. Readers explore what it is like for a mortal to enter into a Supernatural’s world, understand supernatural concerns, and realize supernatural limitations. Natasha receives understanding about the constructs of their existence, responds to it, and helps us understand what it might mean for us.

Jean Booth was kind enough to let us interview her. Below here are some of the insights she provided for your enjoyment. 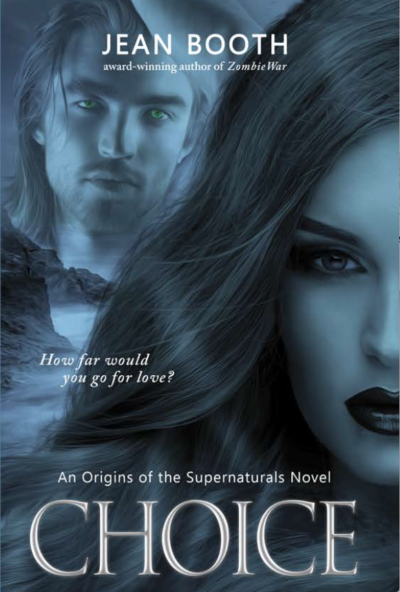 A: I love the Supernatural/fantasy genre and have read it for decades. Some of the qualifying factors were either the Supes operated in secrecy, or it was years after humanity was awakened to the knowledge that they walked and lived among us. I got to the point where I wanted to read the story of how that happened. How did humans react? Why did the Supes come out of the shadows? What does that story look like? After years of not finding what I wanted to read, I decided to write it myself. I needed to set up the backstory a bit and get acquainted with the characters before we jumped into the big reveal and how humanity accepted – or rejected – the idea that the things that go bump in the night are real. I wanted to show as much reality blended into myth as I could. There’s so much mystery to Atlantis and the Bermuda Triangle, I thought, what if. From that simple question the story flowed into what it is today and continues to grow.

Q: This theme reminds me somewhat of the choice made by Arwen in the Lord of the Rings story line, where she forsakes an immortal life for a mortal life to remain with Aragorn. Is this a fair observation, and how would you compare/contrast with it?

A: This is where my nerd card gets a beating. I actually am not a fan of Tolkien, but I love the movies. I have a vague idea of what your talking about from watching the movies, but it was probably more elaborate in the books. Raif would be Arwen in my story. He chooses to mate with the mortal Natasha, but not completely out of love for her. Their relationship, while on the surface is very selfish, is actually a selfless act for the greater good of the Atlantean civilization. Their relationship and what happens with the choices they make are the catalyst to everything that happens in the series. I can’t go into a ton of detail without ruining some of the surprises, but their relationship is vital to bringing the Supernaturals out of the shadows so to speak. 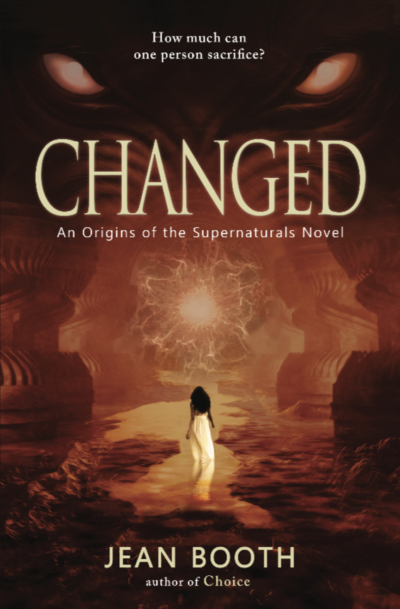 Q: We live in a world where there is a subset of our society that completely embraces the prospect of the supernatural, and another subset that denies the possibility. What do you make of the belief-versus-cynicism extremes, and how are you attempting to reconcile these extremes in your writing?

A: I’ve always believed in the possibility that we’re not alone. Whether that’s aliens, Supernaturals, gods, what have you, I find it naïve to believe we (humans) are the ultimate creatures in the universe. We’re constantly learning new things, opening our minds to new possibilities, and finding things that were “truth” to be wrong. There are too many things I’ve experienced in my life to indicate that there isn’t something else. While I understand the subset of people who cannot – or refuse to – believe that the supernatural (more than normal) is a farce, I cannot share their sentiments. My goal with my writing has always been to blend reality with fantasy until the lines between are blurred. I want people to think that this could happen. I feel like there’s too much unknown in the universe to not have your beliefs questioned occasionally.

Q: Through your writing, how do you hope to impact your readers?

A: I mostly want people to simply enjoy the story. It’s a story I’ve wanted to read about, something I’m passionate about, and I want to be able to share it with others. Beyond that, I hope people take from it what they will. I don’t intentionally write hidden agendas, but my characters do have minds of their own and whether I agree or not, they have their own personalities. I hope readers enjoy the escape, but also learn how to accept the things that they don’t completely understand. That they learn to ask questions before reacting out of fear.

Q: What are your plans for the future?

A: My initial goal is to recover from this COVID-19 thing. Breathing is a wondrous thing to take for granted and this has been an abysmal experience. Beyond that, I want to be able to finish this series in the next three years. With working full time, I have to set realistic goals, and as much as I’d love to finish this series this year, I just don’t have the time I’d like to devote to writing. I have two books that are being edited, one that I’m actively writing on, and two that need to be finished. We’re getting into some really complicated parts in the story and I want it to be believable, while still maintaining hope and the Supernatural elements without being overly complicated. We have a few storylines going on at the moment and I have to be very careful not to mush them together into an inedible paste. I also have five other books I’m actively writing in as well that have nothing to do with this series. With this virus, I’ve been having a difficult time concentrating on anything other than breathing, so I haven’t been able to utilize the time off from work, as I’d have liked to. But those are my plans: 1) not become a zombie, and 2) write. Keeping it simple.

We certainly hope Jean Booth completes this series as soon as possible. We would love her to complete the arc of this mythological fantasy to see how it all comes together. Experiencing the “rapture of being alive,” as mythologist Campbell said, is achieved through reading. He went on to say,

“Sit in a room and read–and read and read. And read the right books by the right people. Your mind is brought onto that level, and you have a nice, mild, slow-burning rapture all the time.”

Jean Booth’s mythologically-infused tales of supernatural beings, and their quests, are spun to make her readers experience a slow-burning rapture. And the use of the word rapture, you know, is also meant to describe rather steamy intimate moments contained in this series. There are some encounters that might make even the mighty Zeus blush! So read it … and relish it!

So thank you, Jean Booth, for letting us conduct this interview with you! We hope you are able to finish this fantastic series soon, because we can’t wait to read it! Our thanks also to Gary Morgenstein for arranging the interview and BHC Press publications for supporting it.

The WormholeRiders News Agency Team and I look forward to sharing more real news with you in the future.

New Series The Outsider HBO - Murder In a Small Town!

Wed Apr 22 , 2020
Welcome back WormholeRiders and Stephen King Lovers! When you hear the name Stephen King a few words come to mind, master of horror, Maine, The Shining, Salem’s Lot, The Stand, and the hit SYFY series Haven based upon The Colorado Kid! These are just a few of the classic novels […] 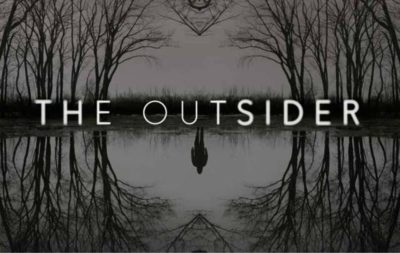