Well Truthies, we are not going to let yet another Season hiatus get in the way of a good time, now are we? In the spirit of October being the month of Halloween, let us chat about the Top Ten Scariest Moments of Syfy’s Destination Truth featuring host Josh Gates.

PLEASE BE WARNED: from creepy dolls to gory gashes, some photos in this article may not be for the squeamish.

Starting off, we need to talk about the Hoia Baciu Forest of Romania from Season Three, Episode One. Aside from the rickety plane the crew was riding in having the roof ripped off of it mid-flight, crew member Evan while sitting on an isolation session in the middle of the woods was tossed backwards by an unseen force. 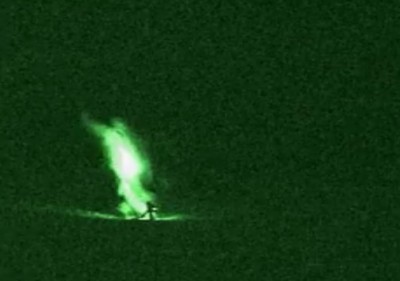 Other than being thrown and disoriented, it was revealed underneath thick gloves that he had deep, bleeding scratch marks. The crew, as well as Evan, revisit this location during Season Five, Episode Two, which meets with equally creepy results.

The Suicide Forest of Japan, Season Two Episode Eleven, is most certainly a popular one for fans. This case is equal to watching a mini horror movie. The particular woods investigated are a location infamous for being one where people go to kill themselves. The crew comes upon many disturbing discoveries, physical and metaphysical, including an abandoned tent with a machete and rotting food.

HONORABLE MENTION: Season Two Episode Four. Josh and previous teammate Casey Brumels were SCUBA diving in Ha Long Bay looking for a sea creature called the Tarasque. What makes this moment terrifying is not cryptid based, but rather comes from the real life danger of a nearby boat coming too close, nearly drowning or pulling the men into their engines to mangle them up. Both would be equally terrible ways to die. 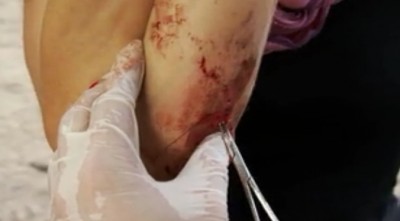 One of the scariest elements of making “DT” for the crew is being in remote places where modern health care is hard to find, or nonexistent. This is made prevalent in Season Four on Episode Twelve when Erin Ryder takes a tumble from a dirt bike, incurring severe lacerations on her arm.

The medic Rex Williams states she needs stitches, so she is literally carried over to a picnic table, given an IV and is painfully administered stitches on the side of the road. Ryder is definitely a tough specimen, though, joking with Josh while covered in dirt and blood about how he never found her a “coordination amulet” in a marketplace they were just visiting to keep her from falling.

Things that go bump in the night are scary, but it is more scary when these things in the night touch you. Josh, who describes himself as an open minded skeptic, experienced this first hand in Season Three, Episode Eleven while investigating the Great Wall of China.

When walking through a corridor, Josh stops a moment, looks to be jostled around a bit and asks his crew member if he was touching his backpack. His crew member, or anyone else for that matter, is no where near him.

Josh verbalizes that he felt someone grab him, proclaims he wants to do an EVP session alone (seeming a cross between offended and frightened at whatever did it), and during the session has his POV camera turned off, which requires a switch to be physically pressed behind him. Josh still notes this as one of the defining moments that makes him question the existence of ghosts whenever he speaks at fan events about it. 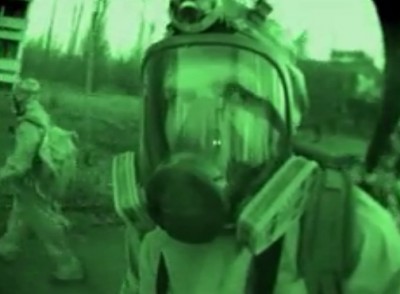 Man is capable of great power, compelling inventions, and sadly self destruction. No better an example of this is the Nuclear incident known as Chernobyl in the now abandoned, radiation saturated town of Pripyat.

This history-rich case from Season Three, Episode Four of “DT” is not only scary because of paranormal happenings, but it is the magnitude of this place being completely void of human life with relics of those who left in a hurry never to return. The creepiest factor of this place has to be a gigantic ferris wheel that looms above the apparently haunted location, as a sign of once happy times before severe tragedy struck.

HONORABLE MENTION: Nan Madol, Season Four Episode Seven. The crew is told a tale of a historic figure who visited the ruins Team Truth is to explore later dying a painful death brought on by illness. Josh complains while exploring that he needs to stop because he is ill, and no more than a few steps away from base camps, projectile vomits. He is sick for hours and is said to have needed to be carried out of the jungle.

Back tracking to Season Two, Episode Eight finds us on a trek with Team Truth to Iceland to investigate the Lagarflijot Worm aka a creepy under water monster. This case was dangerous for the crew, as the waters of the lake this serpent supposedly lives in boasts freezing cold water.

Josh heads out on a small motor boat with a handful of crew to look for hints of any large creatures in the water, but while exploring, they find themselves perpetually circling the water in the fog. Lost, freezing and running out of fuel, the situation was scary enough, but then the shaken up men catch sight of a large object in the water that creates a sizable wake before submerging. The sighting has no explanation to this day. 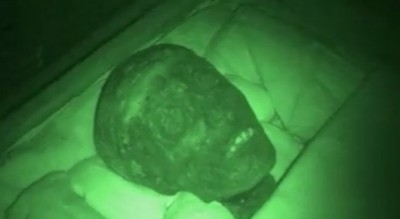 Because Team Truth is known for firsts, a well known case for this Syfy show was the investigation of Tut’s Tomb from Season Three, Episode Three. Locked up in the sarcophagus in the dead of night, no pun intended, with the body of the epic pharaoh certainly produces successful evidence. And by successful, read as “terrifying”.

It is time to pay homage to the episodes where it all began, so we will talk about a Season One case that produces chills. In Episode Five, the team investigates the South African water creature called The Mamlambo. The real terror lays in two elements, however – a violent storm that nearly drowns the crew in rain while they barely avoid lightning strikes. That, and parasites in the water that could crawl up into a man’s penis. Everyone on the team, suffice it to say, does not go into the water.

There is a reason “Child’s Play” is still one of the best horror films ever produced. That DAMNED DOLL. This is also the reason why the Island of the Dolls case from Season Three, Episode Two weighs in as one of the scariest. 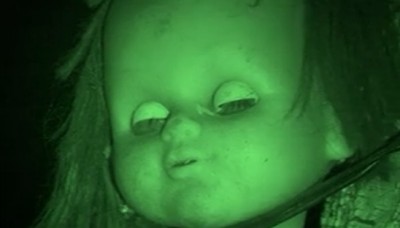 Team Truth does a paranormal investigation on a small plot of land in Mexico that is infamous for two people drowning near the dock of the crumbling shack. That, and all the dolls that have been tied to the trees and posts of the shack to appease the spirit of the little girl who first drowned there years ago. Those with a phobia of dolls, or Pediophobia, need not watch this episode.

And finally, the most terrifying moment of “Destination Truth” ever. Almost too repulsive and scary to speak of, but we must.

Season Three, Episode Three during the Swamp Ape investigation. Something is pulled from the depths of a deep, dark place that strikes terror into many sane minds. Okay, enough, it is when Jael de Pardo pulls a “Twilight” novel out of her bag. “You’re on very thin ice, Jael,” Josh states at this discovery. There is simply no excuse for “Twilight”.

Thanks for reading and stay tuned for upcoming coverage of Josh Gates at New York City Comic Con and hopefully, news of the second half of Season Five! And remember to share this article via Twitter, Facebook or wherever…we’re watching you. 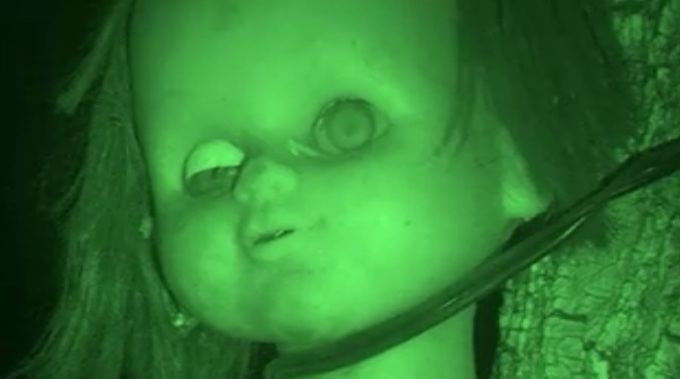 Thanks to Kenn for final audio, video/image staging, and many thanks to you for reading and for visiting WormholeRiders News Agency to read about our news coverage of Destination Truth!

Fringe Turning Point: The Bullet That Saved The World...and Shattered My Heart at the Same Time!

Wed Oct 31 , 2012
Well Fringe fans, this past episode rendered me shocked and speechless. My tissue box is minus a dozen or so tissues and my heart is broken. For everyone that has seen this episode you clearly know the reasons why. Fringe has pulled out all the stops and then some, as […] 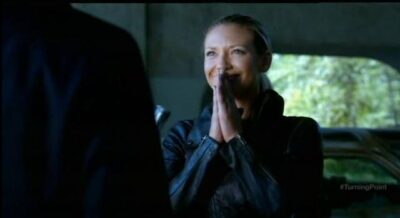