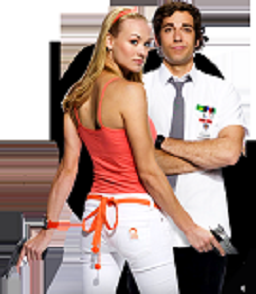 Rather than doing a recap review of this episode of the program this week, now that our coverage is resuming, for this week we are going to do look at favorite moments in this opening episode of season five.

For me the sheer ecstatic nature of watching the Nerd Herd in action is what makes the program so enjoyable.

Chuck Versus The Full Zoom:

My take on the return of Chuck in the season five opener, “The Full Zoom”, is that the Nerd Nerd team will survive despite Chuck (Zachary Levi) existing without the Intersect. I like the change up with Morgan (Joshua Gomez) as the ‘Intersected’ super spy. He is goofy, and the character is going to deep undercover in my opinion. Season five will also feature great guest stars including Carrie-Anne Moss and Cheryl Ladd!

As always Sarah (Yvonne Strahovski) is a delight to behold. The Colonel Casey (Adam S. Baldwin) character is now honed to a fine edge and Baldwin has perfected the portrayal long ago which he continues to do every week. All in all Chuck is great escapism television and I wish that it would be granted a sixth season.

NBC describes “Chuck Versus the Full Zoom” in part as follows.

“Chuck and Sarah stand on the cliff side balcony of an opulent home, surveying a magnificent ocean view. Chuck asks Sarah if it’s the sort of house she’d love; she responds that she’s more of “toes in the sand kind of girl.” Chuck takes note, but they both realize the conversation is premature. They’re about to executed by the armed henchmen of Jeanne Claude, a villain who has stolen their client’s precious vase”

“Sarah and Chuck hold out hope that Casey will rescue them, but he’s soon brought in at gunpoint by more goons. Their only hope now is Morgan, who’s been instructed to remain in the van outside. Sarah secretly signals him for a rescue. Equipped with the Intersect, Morgan quickly but clumsily finds his way inside and confronts Jeanne Claude and his toughs. Morgan flashes on kung-fu fighting skills and begins dispatching the bad guys in a flurry of kicks, punches and jumps. Chuck announces to Jeanne Claude that his team has just been neutralized, thanks to Carmichael Industries, spies for hire. It’s a perfect ending, ruined only by the sound of Morgan dropping the priceless vase on the tile balcony.”

Sat Dec 10 , 2011
Welcome back Chucksters! We now begin catching up with one of our favorite series, Chuck! At least one thing that is certain, although in this, the last season of Chuck (barring a miracle), this reviewer can honestly report that everyone associated with Chuck, including all the creators, the cast and […] 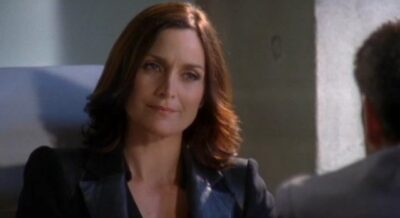