We are now four episodes into this great series and based on the overwhelming support from the fans, as I am sure you have heard by now, Falling Skies has been renewed for an epic second season! The tweets and posts around the Internet confirm that fans are enthralled with the Skitters, their two legged metallic minions “The Mechs”, their plans for enslaving the Earth, and most mysterious of all, the reasons behind the “harnessing” of the children!

In this pre-review of “Silent Kill” we will explore a few theories without revealing spoilers about a turning point episode in the mid season.

Please bear in mind these are our theories, nor do we look at other peoples reviews or tweets with one exception below. The ideas shared herein are as discussed privately among our Falling Skies review team by people many of you tweet with. The WHR Falling Skies review team is lead by RedOne68 (Sandra), and includes DragonBayne (Angela), OffworldTravelr (Ginger), Celtica (Jen) and myself. We all believe this is an excellent series produced in coordination with TNT by Dreamworks Television Studios! 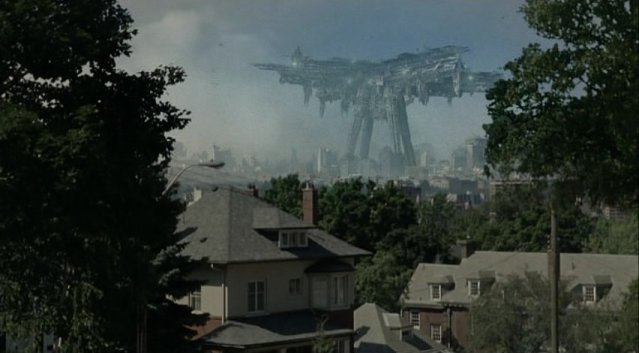 Before continuing with our theories, one of the most exciting aspects of the series on TNT was a hint that a second season was a virtual certainty if you looked for the clues much like the budding adult romance we are sure to see between Tom and Anne and the adolescent love growing between Margaret and Hal Mason. 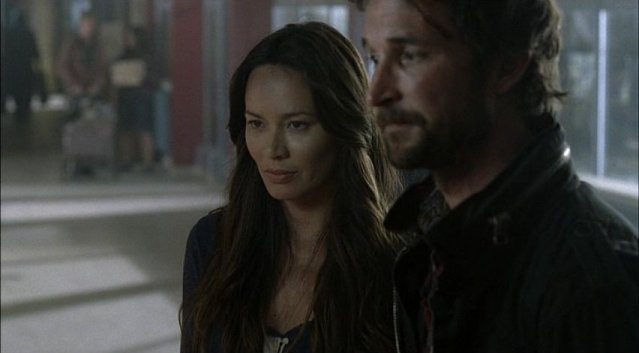 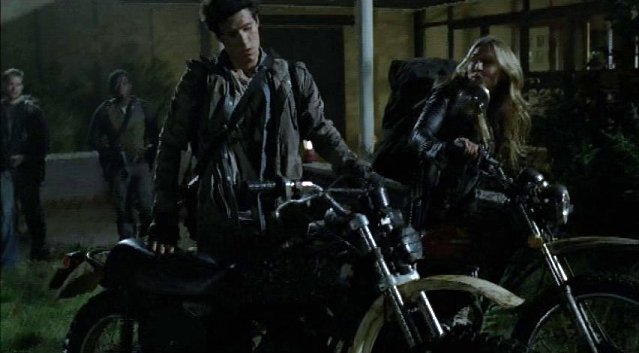 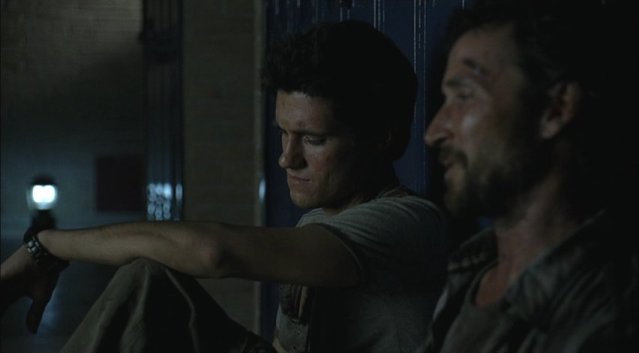 Simple, the contest sponsored by the great people over at by Klout! What contest you may ask? What the heck kind of rock have you been

sleeping under for goodness sakes?!? The contest giving away tons of swag AND a walk on role in Falling Skies, that’s what contest! Well, if you missed it you can still rally your forces for The Resistance by clicking the link below and re-tweeting your favoriite Falling Skies tweeter with the #FSInCentivized hash tag! 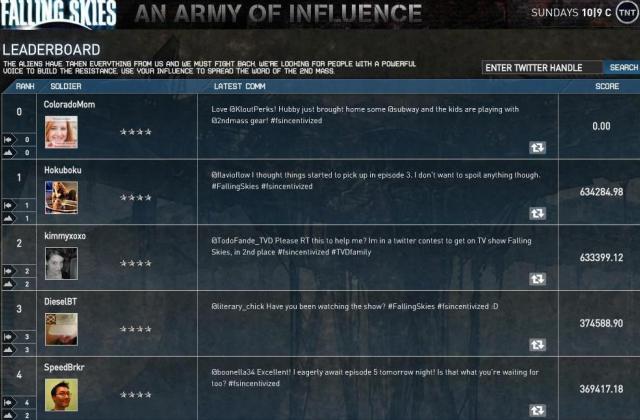 SPOILER ALERT: Now on to our theories about the Skitters and the Mechs in Falling Skies. To reiterate although we have seen the first seven  (7) episodes, no one at any official TNT or Dreamworks source related these theories to us. And while we may be wrong, what I am about to share with seems highly logical and fits the story arc.

During several recon missions, a few of which were aborted due to the harnessed one apparently giving away the positions or activities of the resistance, we always noticed the Skitters and the Mech’s are in close proximity. These pair of aliens operatives in each circumstance always seem to be looking after the harnessed kids carefully. To further complicate the theory, several on Twitter have asked, myself and members of WHR team included, why do the Mech’s walk on two legs? 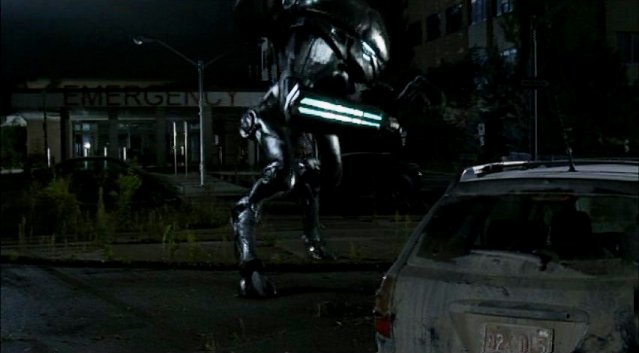 As many a recon party have returned to base, they always reported to Dale Dye as Porter and Will Patton as Captain Weaver that wherever a Mech was, a Skitter was close by. Our theory? That the harnessed kids are in training to see which ones will qualify to be placed inside the Mech metallic body shells. Further proof that this is likely the case? The images below tell the tale of the emotional state of the young harnessed victims. 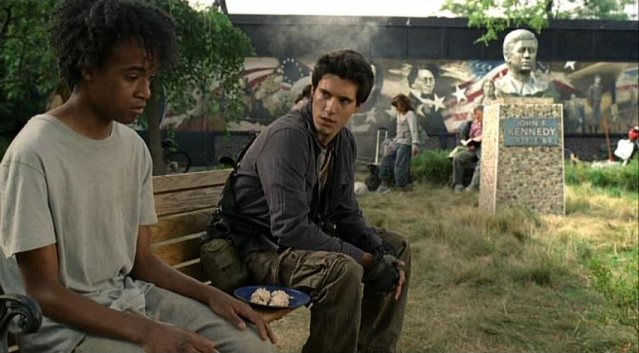 Lastly, some may say what about the harnessed slave children killed by the Skitters in “Prisoner of War”? Does this not negate the theory? Perhaps, however as in any circumstance, not everything works out in life. My hypothesis is that the harnessed kids who were sacrificed did not “pass” the test to be inserted into a Mech. If you go back and look at their faces, they were obviously in a drug induced state so they were used to set the example and send the message the Skitters wanted to deliver to the resistance.. Their expressions below also illustrate the facts of the matter for the poor “sacrificial lambs”. 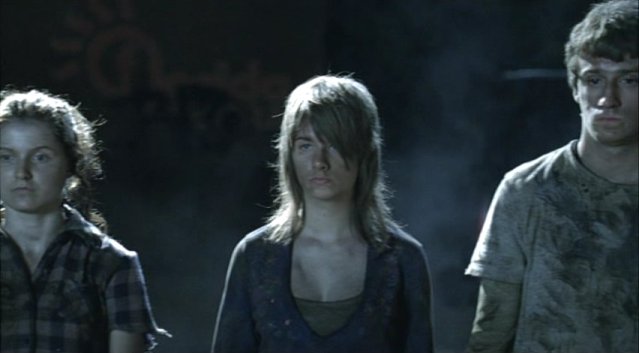 As we observed in episode four “Grace”, Anthony willingly place the bio-mechanical harness back on his own body even after removal when prompted by the caged Skitter. Nearly dying in the process, Anthony was mesmerized to do the bidding of the caged alien invader oblivious to the consequence since he he was obviously telepathically controlled to do so. What could make more sense that to have the most compliant and cooperative harnessed adolescents be placed inside a Mech body to be controlled by a Skitter? 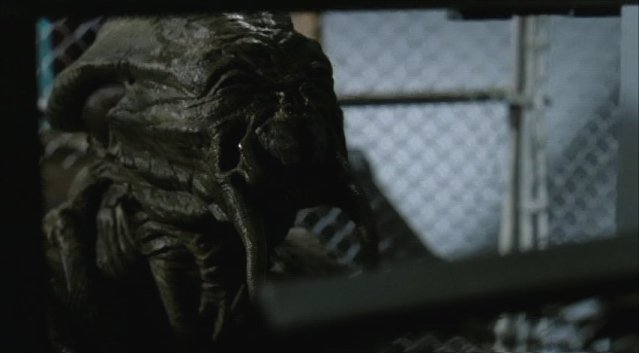 Silent Kill is a more intense and serious episode as the elements and characters explored so far coalesce. Now that John Pope (Colin Cunningham) has escaped, it is clear that there will be no more fine cuisine for the resistance to feast on. We know Pope will resurface because he is listed in the cast credits at IMDB for more episodes. The question for all of us to consider is what kind of trouble will John Pope get into before he surfaces again? 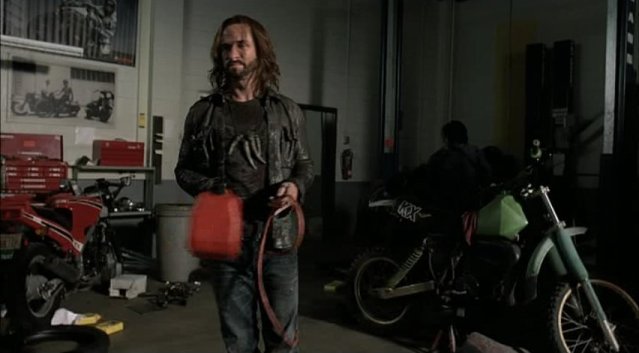 Other troubles in the local community are a growing aversion to keeping a Skitter in the resistance compound at John F. Kennedy High School. Specifically Steven Weber who portrays Doctor Michael Harris is in vehement disagreement with keeping the alien alive any longer. Many feel the same way and a confrontation is definitely brewing as is revisited at the chow line. 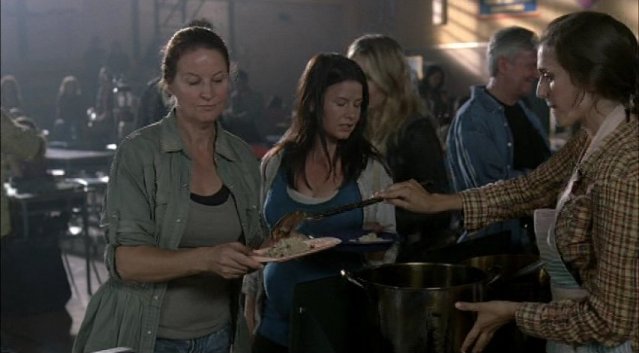 Now as to the episode itself and thrust of where the story has been heading. It is no spoiler to say that Tom Mason has been steadfast in his determination to plan and effect the rescue of his missing son Ben (Conner Jessup) from the Skitters whose picture he placed on the honored wall of the enslaved along with so many other missing kids. 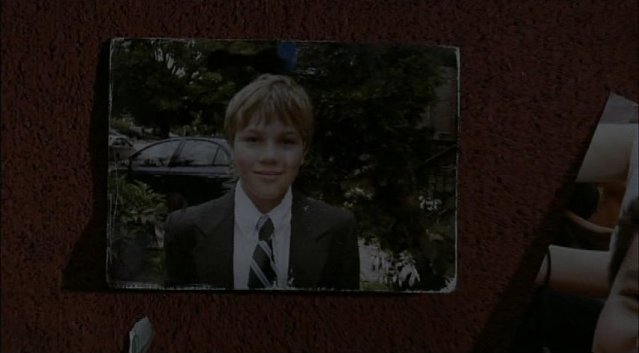 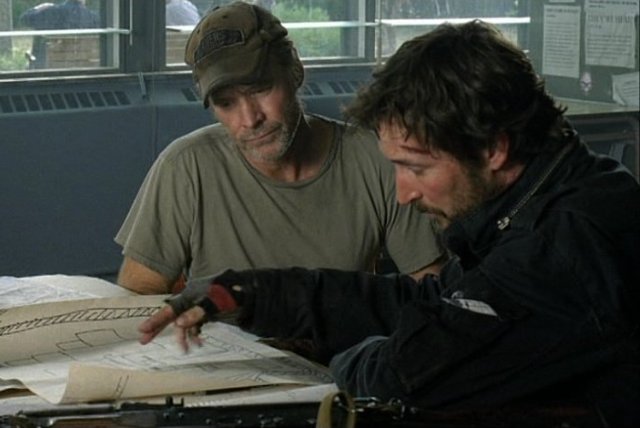 Then we come to the name of the episode itself, “Silent Kill. From the title we know it is entirely obvious that death is going to occur. Is it a Skitter, a resistance member? Both? More children sacrificed? All three? More than one? As the Falling Skies screen fades to black, we will be left to wonder; Where is John Pope? Will the children be saved? How do the Skitter actually treat their captives and what role will Dr. Anne Glass play to make things happen? And will Dr. Harris continue to help or hinder the circumstances? 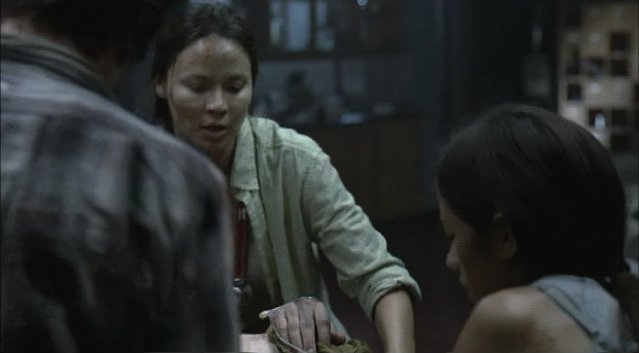 Falling Skies returns each Sunday 10 PM east/pacific, 9 PM central time in the United States. “Silent Kill” is the fifth episode in the series. As we have mentioned before, I suggest you do not want to miss Silent Kill. Why? Key plot elements about the where, why and what for regarding the enslavement of the children are revealed! In the meantime, we include the episode sneak peek below courtesy of TNT for your enjoyment!

Thank you for visiting WormholeRiders News Agency and reading the theories, book history back story and historical reference material imparted by the creators in Prisoner of War.

Warehouse 13 "Where And When" S1x10 Review, Analysis and Full Episode Video!

Sun Jul 10 , 2011
Welcome back Warehouse 13 fans! In past episodes, we see that a mystery woman, Rebecca St. Clair (Roberta Maxwell) was found and a mystery about a Warehouse Agent known as Jack was solved. Rebecca turned out to also be a Warehouse Agent. A ring found in the room where Jack […]