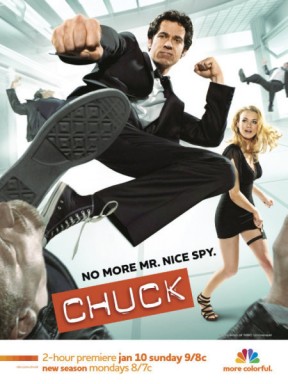 Eh, we’ll decide on an official name at the end of this report on Chuck and part one of season three finale review. 😉

First, you may have though I forgot about one of my favorite series Chuck here at WormholeRiders News Agency? Impossible! In fact I have been saving my review of the season three finale until just before the return of Chuck on September 20, 2010 in “Chuck Versus the Anniversary” to help refresh your memory! Kenn an

d I have been saving something of a series of special surprises for you! What surprises? Well keep reading Chuck fans!

Although I have been a little busy covering a new web series in development I could never forget Chuck! Second a large number of my team mates have been covering conventions, including myself at Comic-Com 2010 where I witnessed the fantastic Chuck panel, which included series creators Josh Schwartz, Chris Fedak, as well as Chuck celebrities Zachary Levi, Yvonne Strahovski,  Joshua Gomez, Sarah Lancaster, Ryan McPartlin, Vik Sahay, Adam Baldwin, and Mark Christopher Lawrence! And being that it is time for us all to get ready for season four of Chuck, courtesy of NBC Universal by way of Kenn’s, I include some Chuck images from the season four series premiere for your enjoyment at the end of this report.

The Warner Brothers Comic-Con 2010 Chuck panel was a riot to say the least! The Chuck cast before opening the panel rocked the ecstatic audience as they danced to Lady Gaga’s “Bad Romance”! Much to the delight of the overflow crowd at the San Diego Convention Center, as you will see and hear, the literally crowd screamed and squee’d as the Chuck cast entered the ballroom for the panel dancing to the music of Lady Gaga!

Included below are images from Comic-Con 2010 taken by our friend and staff photographic expert JNM999 (Jeremy), husband  of Whovian99 (Trish) and Kenn, Managing Editor of WormholeRiders News Agency!

We include images and a portion of the Warner Brothers “Chuck” Comic-Con 2010 panel for you here to enjoy before we get back down to the business of reviewing “Chuck Versus The Subway”! 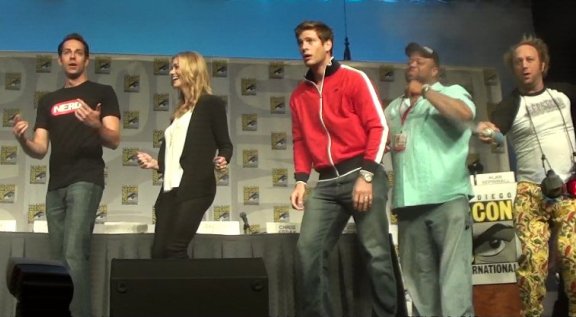 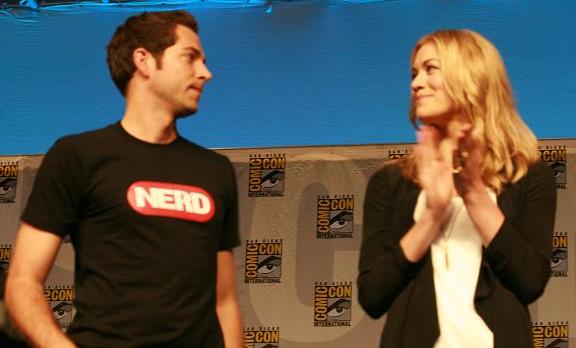 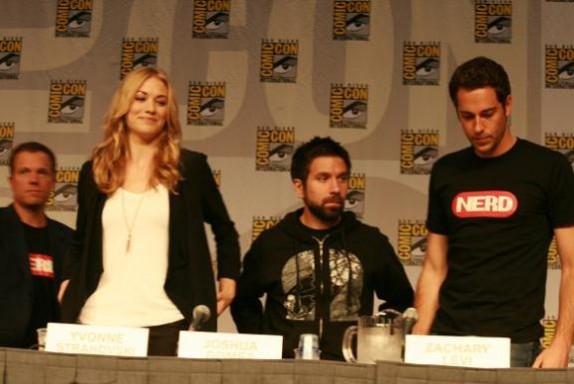 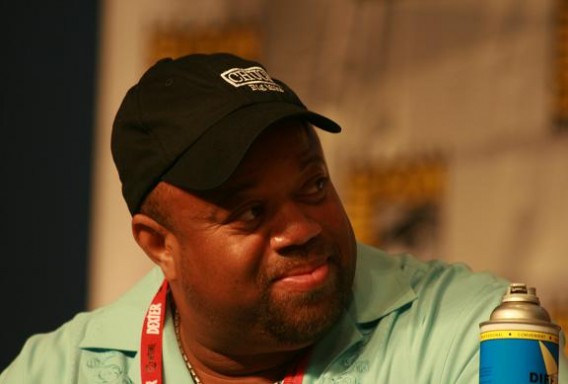 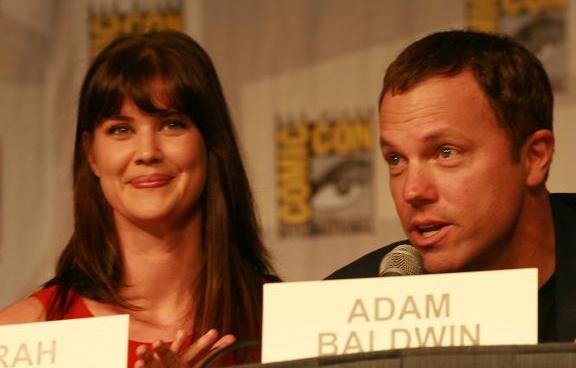 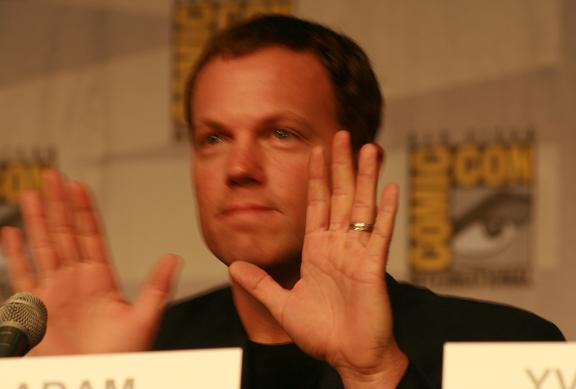 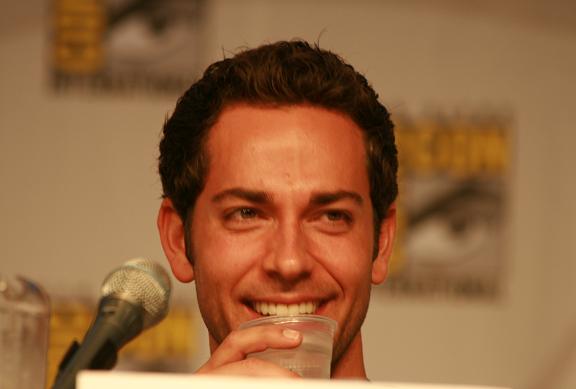 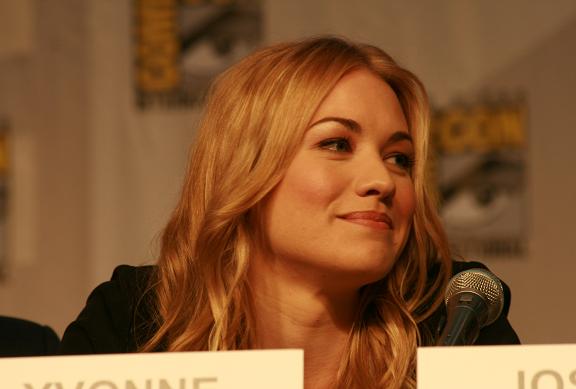 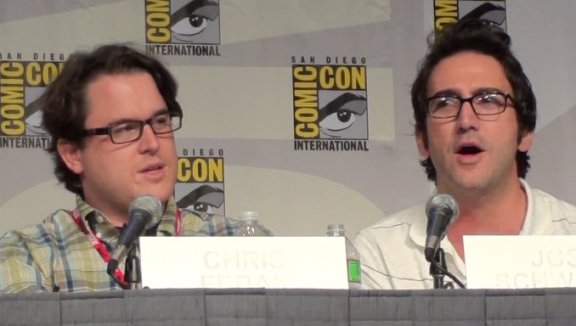 “Chuck Versus The Ring part 2” is the second part of the two hour finale of season three of Chuck. This review will focus on first part of the finale which started off with “Chuck Versus The Subway” if you have not seen the episode yet, I suggest you do so quickly as NBC will be offering free viewing only until September 21, 2010! In the meantime here is my analysis of the key points. 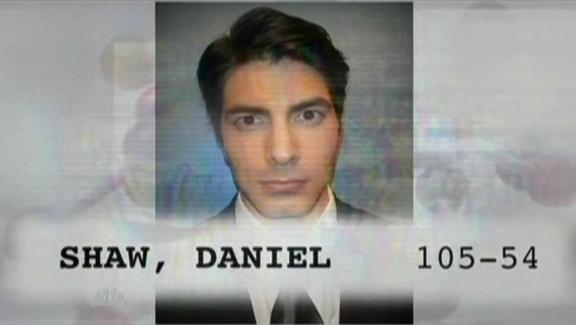 The biggest reveal of this episode was when we find out that Agent Shaw is still alive. I mean, yeah, we all guessed that he wasn’t really dead, but now our suspicions have been confirmed. Brandon Routh has done an excellent job of going from playing Nice-Guy Shaw to Evil-Ring-Operative-Intent-On-Killing-Team-Bartowski Shaw. He really has mastered the creepy! 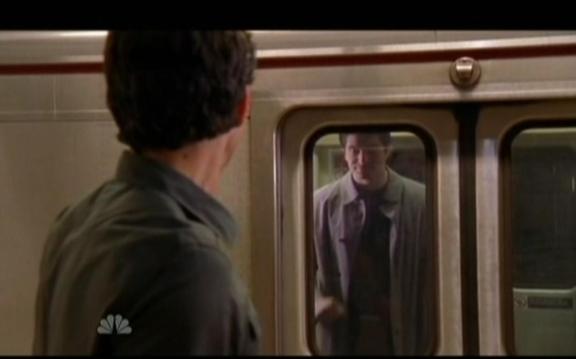 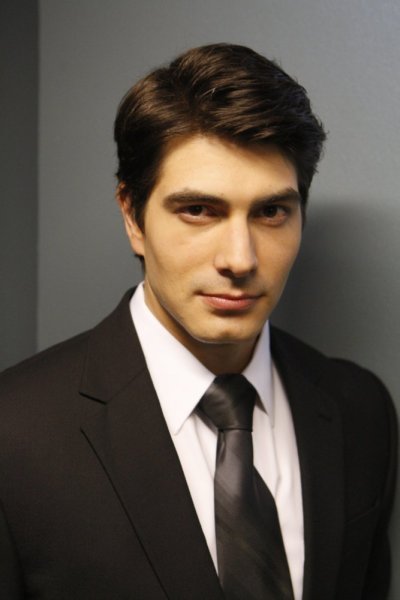 Once we find out Shaw is alive, the team tracks him to his secret base which turns out to be a CIA facility! The same facility in fact where Justin is holding Ellie for “her own protection”. Chuck inadvertently lets Ellie in on his secret spy life when she sees him take Justin down. One of my favorite lines from this episode is when Ellie walks out of the room, sees Chuck and says, “You just punched a person!” Oh, Ellie, if you only knew what Chuck has been up to the past three years… 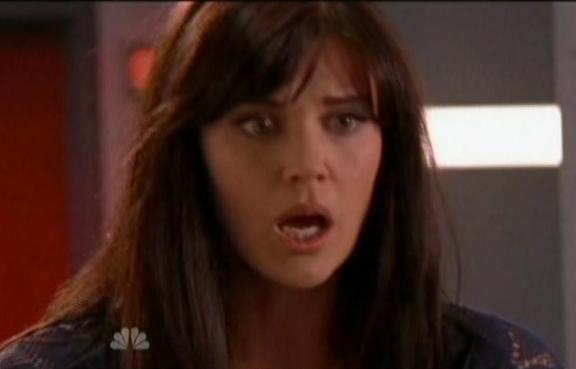 I’m excited that Ellie knows his secret, but at the same time I’m a little concerned about how she reacts to the news. I’m also really excited that Sarah Lancaster finally gets to get in on some of the action instead of just sitting on the sidelines while everyone else has all the fun. I love the character of Ellie and I’m glad to see her getting more screen time! 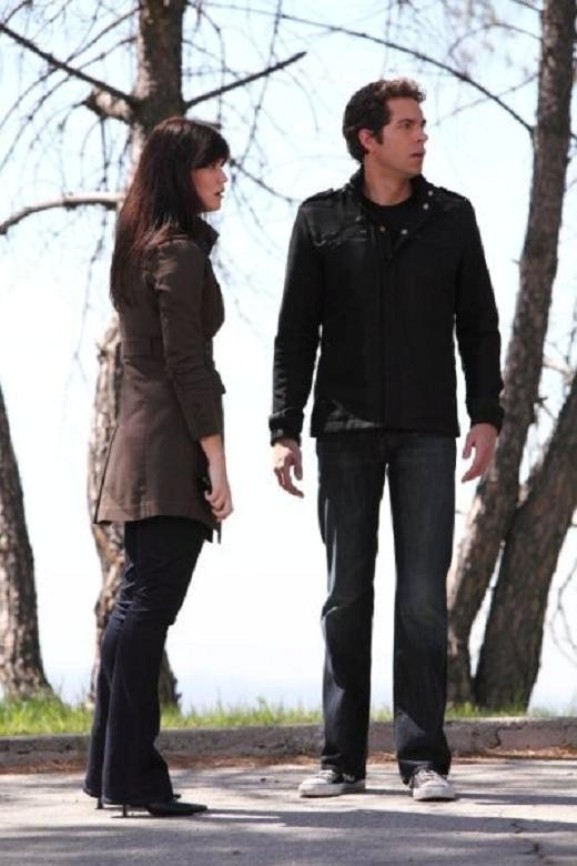 Chuck takes off after Justin and accidentally bursts into a military tribunal that is focusing on whether or not the Intersect Project should be shut down. General Beckman is testifying on behalf of Chuck and the team while Shaw is the one who shows up to argue why the Intersect Project should be dismissed! Shaw knows about the trouble Chuck has been having with the Intersect lately (mainly that it’s been deteriorating his brain) and blames that as the reason why Chuck shot him in Paris.

About this time, Chuck sees Shaw flash on something! However, his accusation of this and subsequent “test” (the throw-a-sharp-object-at-someone-you-believe-is-an-intersect-and-see-if-they-flash-in-time-to-catch-it test) pretty much just convince the tribunal that he is indeed unstable when Shaw fails to catch said sharp object and they take him into custody. However, with the help of Spy-Daddy Bartowski, Chuck manages to escape. He also gets a special watch from his dad called the Governor that controls the Intersect and makes it possible for Chuck to be normal again. Er… Well, at least the Intersect is no longer frying his brain every time he flashes kind of normal.

Meanwhile, Casey tries to protect his daughter (Alex) he only recently found out he had, but ends up having to kidnap her to keep her safe. He explains to her that he is her father and gives her a key to his locker at the Buy More. Casey sees the CIA is about to get him, so he tells Alex to run and take everything in his locker. I’m really enjoying Casey’s new relationship with his daughter. It’s really bringing out a new side of Casey and I can’t wait to see more of this in season four. Plus, who doesn’t love Adam Baldwin?! 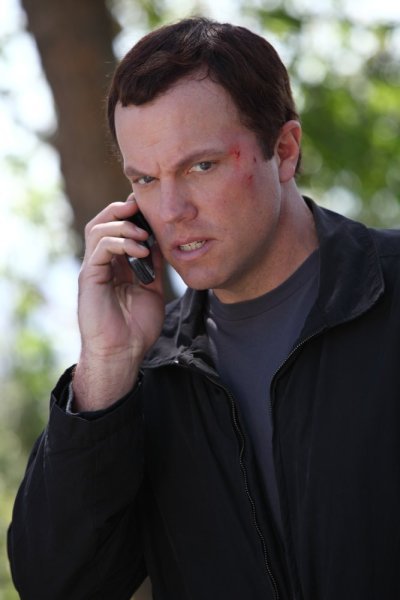 Sarah gets called in to talk to Shaw and he manages to trick her into attacking him and gets her arrested too and they also end up throwing Beckman in jail! Chuck convinces his dad to turn around and help him save Sarah. Chuck asks Ellie for help to figure out where Justin’s secret Ring base is and once Ellie stays behind while Chuck and Spy-Daddy Bartowski run off into the base, you just know something bad is going down. Inside the base, Chuck finds proof that Shaw is not only a Ring operative, but that he really does have an Intersect as well. At this point, Shaw finds them and, in order to compromise Chuck’s emotions, he shoots Spy-Daddy Bartowski! Shaw knows that with his emotions affected that way, Chuck won’t be able to use the Intersect. Ellie, who followed Chuck and their dad into the base, sees her father killed and her brother taken away by the evil Shaw. 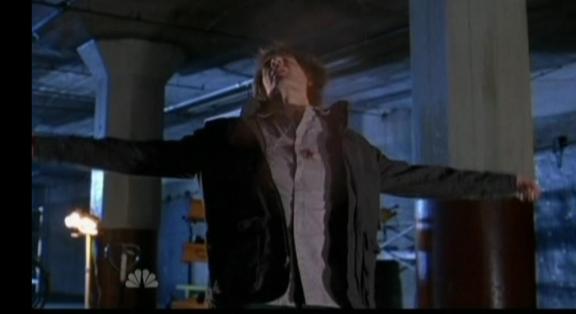 Chuck joins Casey and Sarah in the back of an armored truck where they all believe there is no one left to help them. Little do they know that Ellie has followed the truck and called Awesome and Morgan to help her try to free her brother.

All in all, I really enjoyed this episode save for the part when one of my favorite characters is killed! I’ve loved Scott Bakula since Quantum Leap and I’m really sad to see him leave this show. I thought he brought a lot to the story and I wish he could have continued on in his role as Spy-Daddy Bartowski. Though, who knows… If this show is anything like another little spy drama I loved *cough-ALIAS-cough-cough*, then maybe we’ll see a miraculous return of Bartowski Senior sometime in the future. I, for one, am hoping that this will happen. 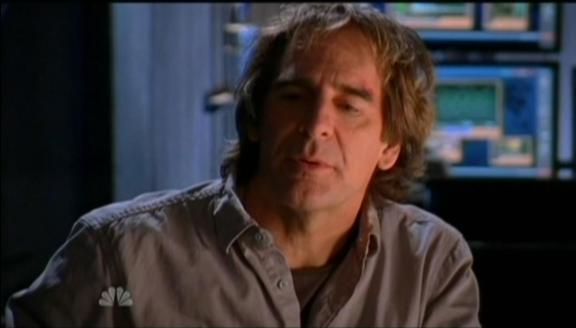 The Chuck/Sarah relationship has come a long, long way since the beginning and I’m still ecstatic that Sarah and Chuck are still together. Yvonne Strahovski and Zachary Levi have such great chemistry that you just can’t help wanting them to be together. I just want to take a moment to thank the writers for proving that YES, even when the main characters get together, you can still have fun, interesting stories that the fans want to see! I hate shows who keep the characters apart because they think it will “ruin the dynamics of the show” and no one will want to continue watching. Farscape was another show who did this well and I’m glad to see it’s catching on. 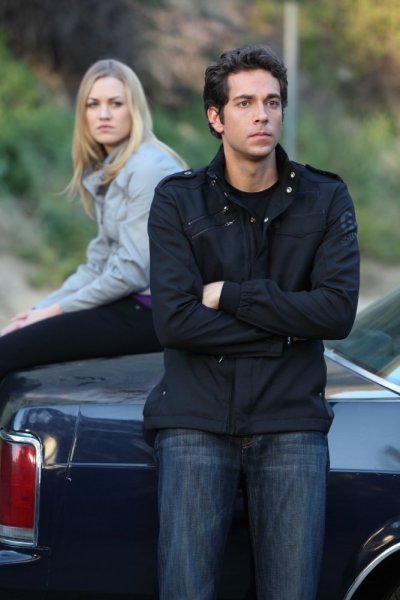 I also love the scenes with General Beckman. She’s usually so composed that I think it’s wonderful to see her just a bit unraveled and frantic in this episode. Bonita Friedericy is such a treat to watch on the screen! 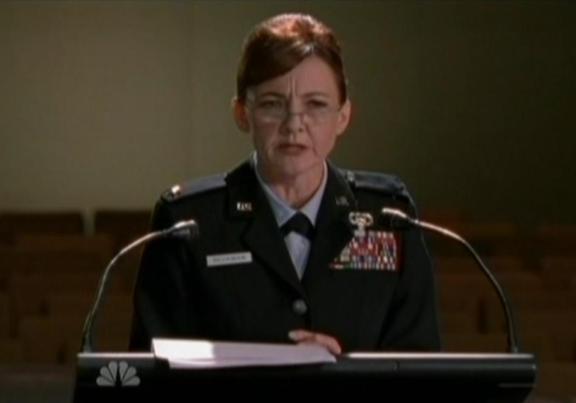 For me, this episode and the next were really all about family and what lengths you’ll go in order to protect and help them. Like we see when Chuck’s dad decided to help him save Sarah and then at the end when Ellie follows the truck to try and save Chuck. This is really bringing a new, deeper element to the show and I am really, really loving it. I hope they keep up this theme next season.

Stay tuned for Chuck Vs. The Season Finale Recap And Review: Part 2 where we’re discussing Chuck Vs. The Ring: Part 2! I’m hoping to finish it up soon. Also, what name are you guys leaning towards? Personally, I like Chucklidites, though Chucksters is also swell. Let me know which you prefer! Last but not least below are two cool images of Zachary Levi, Joshua Gomez, Olivia Munn, Adam Baldwin and Yvonne Strahovski from season four of Chuck! Enjoy! 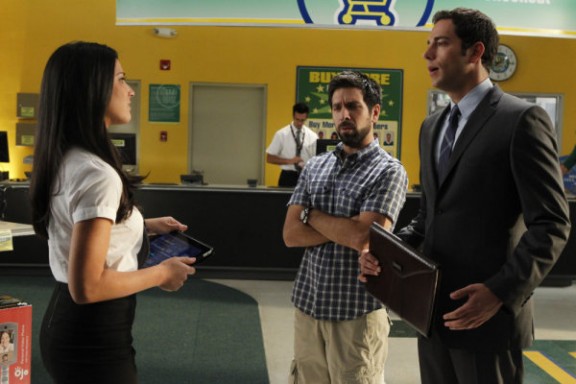 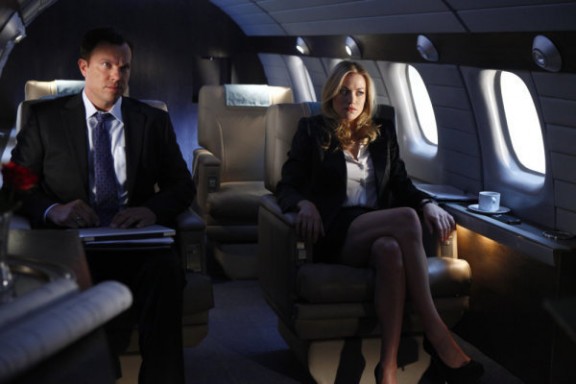 Thanks to Kenn for video embedding. And as always, feel free to leave me a comment or question below and I’ll do my best to answer them.

Thanks for reading and I hope you’ll visit again soon!

Wed Sep 15 , 2010
Hi Sanctuary Fans, WR_Systems posting here for SciFiFanGirl616 (Rigel) whom attended the Sanctuary panel hosted by Josh gates of SyFy at Comic-Con 2010 as our representative from WormholeRiders News Agency. Unfortunately Rigel is currently recovering from the nasty virus that has been going around of late. Please wish her a […]