Although this isn’t off the press news, but I would like to announce that our (my) favourite actor, Mr. Joe Flanigan, is in a new movie

being filmed as we speak in Dublin, Ireland. The movie title is The Other Side. With not much detail out there on the internet yet about the movie, I am getting my information from Joe Flanigan’s own tweets. Yes, he’s on twitter, @

According to Mr. Flanigan, he plays a Marine Colonel stuck in a parallel dimension. He’s also working along side John Rhys-Davies, who if you can’t remember played Gimli the Dwarf from Lord of the Rings (http://en.wikipedia.org/wiki/The_Lord_of_the_Rings ) and many other roles in during his career.

Congratulations Joe, I along with all your fans can’t wait to see this film.

4 thoughts on “Joe Flanigan and The Other Side!”

Sat Aug 7 , 2010
While at Comic-Con 2010 in San Diego, courtesy of MGM Studios it was one of my greatest dreams come true to sit down with the lovely and fabulously talented MingNa of Stargate Universe! MingNa talked not only about her role as Camile Wray in Stargate Universe, but her new “I-Precious” […] 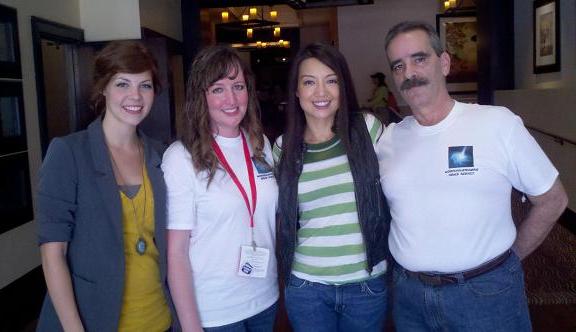