The ninth episode of season five, “The Doorway” represents the story arc that heralded the long awaited return of Vanessa (Kelly Overton) to the Van Helsing series leading to the series finale scheduled for Friday June 25, 2021.

Wonderfully written by Neil LaBute, the Van Helsing series creator, “The Doorway” takes us on a stroll down memory lane featuring select scenes that Vanessa experienced over time all the way back to season one.

The excitement of Vanessa returning was dovetailed in this masterpiece by LaBute and Director Alexandra La Roche, whom many will recall from her science fiction work dating back her fine work on the classic “War of the Worlds” television series (1989), Fringe (2008-2013), Eureka (2006-2011), to current science fiction fantasy hit series like “Legends of Tomorrow”, “Supergirl”, Van Helsing series, in addition to many more script supervision and directing accomplishments during her career!

As viewers will witness in “The Doorway”, Vanessa fights a dark spirit entity that turns out to be herself. In this superb story that pairs Vanessa with her savior from the original pilot, Axel (Jonathan Scarfe), we will learn how Vanessa’s soul went from an innocent victim and mother trying to save her daughter Dylan (Hannah Cheramy) during The Rising, to a tortured soul that was in danger of being overtaken by the Dark Side.

This was when Vanessa first realized that only by confronting the Dark Side, in order to overcome evil, was in her future destiny in the battle to save the world!

This conflict potentially makes Vanessa an easy target for the evil of Dracula The Dark One (Tricia Helfer) and her minion Bathory The Oracle that will culminate in the final battle of good versus evil that looms just up ahead in the Van Helsing series.

Trusting only Axel, Vanessa uses her considerable powers as a vampire hunter to bring him to the Dark Realm where she is trapped to solve the dilemma that must be addressed!

The question to be addressed in “The Doorway” is will Axel be able to help Vanessa to save her soul, return to her daughters Jack (Nicole Muñoz) and Violet (Keeya King), Ivory (Jennifer Cheon Garcia), who has been turned to good and is the last known surviving member of the Sisterhood.

As we begin our analysis review, we are certain that a good luck hug for Vanessa is in order! 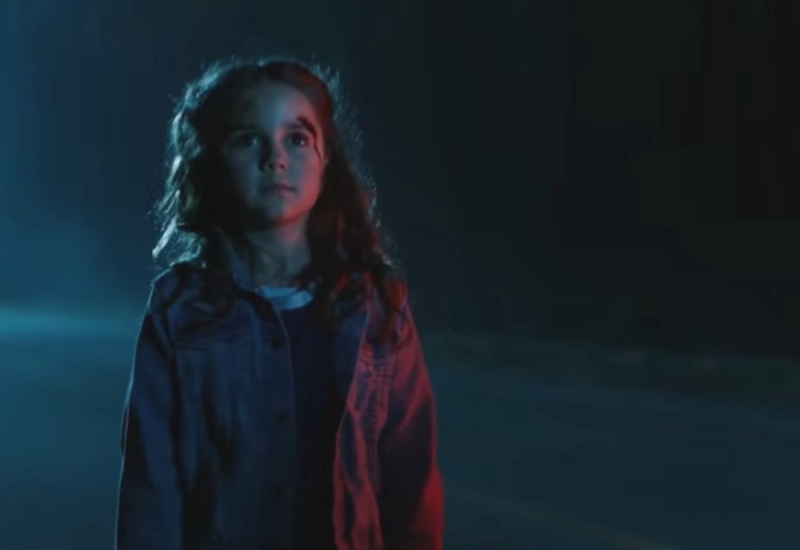 “The Doorway” episode opens with Axel and Violet subsequent to splitting up from Jack and Ivory to ensure that both Van Helsing’s are not captured before they can hopefully enlist the aid of Bathory to ultimately defeat Dracula, The Dark One before she enslaves the entire world and all of humanity.

Everything that is now hanging in the balance!

Axel and Violet are on the way to Washington DC to confront The Dark One. Their goal is to and hopefully link up with Jack, Violet and Ivory in the process to plan the final battle against The Dark One.

We find Axel and Violet at a camp fire at night. Violet is still suffering from being unable to sleep, feeling guilty about being unable to save Julius. Having trouble sleeping, Violet says that she will take the first watch so Axel can get some much needed rest.

Axel, exhausted from the entire ordeal, including losing his best friend Julius while continuing the journey to face off with our heroes against The Dark One, falls into a deep sleep.

When Axel wakes up, he is no longer with Violet at the camp fire, but is instead in a surreal environment, near a farm house he does not recognize. Axel is immediately confronted by a black evil spirit with glowing eyes that apparently knows his name!

We will learn later the evil spirit knows Axel because it is is actually Vanessa’s alter ego of darkness that refuses to let her leave the Dark Realm for a reason we do not yet know about.

The frightening spirit has attacked Vanessa, slitting her throat from Vanessa’s last attempt to go through ”The Doorway”. The dark spirit entity refuses to let Vanessa enter “The Doorway” from the Dark Realm to rejoin her daughters Jack and Violet.

Axel finds the injured Vanessa, and takes her to the farm house so that she can heal from her injuries.

When Vanessa regains consciousness, she explains to Axel what has happened; that The Dark One sent her to this location in the Dark Realm to imprison Vanessa ultimately keeping her from escaping back to the real world.

Vanessa determines that subsequent to when she and The Dark One jumped into the wormhole portal at the end of season three, Dracula sent her here to be trapped by the evil spirit who is guarding “The Doorway”, the wormhole back to our reality in the present.

Vanessa shares that she has been plagued by memories from her past that are distracting her each time she makes an attempt to escape through “The Doorway” located in a field outside the farm house.

Viewers will recall the farmhouse from previous seasons. Vanessa explains to Axel that “This is where Sam killed Susan. And it is where I should have killed Sam”.

By not killing Sam, viewers will also recall that Sam was turned to evil, turned into a vampire, eventually sacrificing his own life to make the Birth Ritual of Dracula become manifest in our reality at the end of season three.

Vanessa continues to share the memories she has been experiencing while being trapped in the Dark Realm. We relive moments including when Axel saved her, the reign of Rebecca who turned Dylan into a vampire, Mohamed being tormented by Sam, Susan being killed, Scarlett also sacrificing herself to save Vanessa.

When Vanessa turned Julius back to human form after his service to the band of vampires subsequent to his time in Chicago with Nina (Ali Leibert) before The Rising.

Among the most traumatic memories Vanessa is experiencing are the scenes from the past was when Vanessa captured a human to feed her daughter Dylan.

Vanessa believed that she could turn Dylan back a human being as well after successfully turning Julius back to human form.

Viewers will recall that this was successful with the exception that Dylan’s had been infected with a weakness, that sunlight would cause Dylan to disintegrate. This scene was one of the most poignant in the entire series with fans around the world reaching for their crying towels to commiserate with Vanessa when Dylan was killed!

The devastating loss of her daughter Dylan was without doubt the memory that ultimately sent Vanessa down a dark path that led to the creation of the evil dark spirit entity, her own alter ego stopping her from using “The Doorway” to rejoin her family and friends in the present.

During the stroll down memory lane with Axel, he and Vanessa realize that she must have summoned Axel to help her deal with something critically important; her own dark past that created the evil spirit guarding “The Doorway” because Vanessa was not ready until she addressed, confronting the darkness that is in her own soul that must be balanced with the light of goodness that is Vanessa.

This factor comes to a climax when Vanessa shares a memory with Axel about the time her mother was killed in an automobile accident when she was a little girl.

With Axel’s support, Vanessa figures it out recalling a statement Axel made to her when Scarlett sacrificed herself. “You can’t fight the darkness. You are the darkness”. Vanessa then makes the logical jump, the evil spirit outside is herself!

Vanessa and Axel head outside to confront the evil spirit revealing the truth to the viewers, it is Vanessa!

The facade on the evil spirit fades but tries to attack Vanessa once again.

Now energized with the knowledge of enlightenment, Vanessa absorbs the dark side of herself emerging from the encounter stronger than ever!

Vanessa and Axel discuss what the next steps are. She says that she will shape shift into a form The Dark One will never suspect; Nina.

We then witness Vanessa out in front of the White House shape shifting into Nina!

Vanessa sends Axel back to Violet so all our heroes can link up in Washington DC to defeat The Dark One!

The tweets of joy about this development in the Van Helsing series swept social media as “The Doorway” come to an exciting conclusion. Everyone we know was celebrating that Vanessa is really back and will lead the fight against The Dark One with Jack and Violet at her side!

The return of our hero Vanessa to our reality leads to the tenth episode in a three episode marathon on Friday June 18, 2021 beginning with episode ten “E Pluribus Unum”, followed by episodes eleven “Undercover Mother”, and twelve “The Voices” which sets up the series finale “Novissima Solis”.

On June 25, 2021 in “Novissima Solis”, our heroes will meet up to face off with the Dracula Dark One in what will be undoubtedly become the ultimate battle to save the world, indeed all of humanity, from being consumed by evil forever!

Our fervent hope at Team WHR is that all our heroes will survive!

Shout Out to Jonathan Walker from the Van Helsing Wormhole!

Fri Jun 18 , 2021
Welcome back Jonathan Walker admirers! This week on June15, 2021 Team WHR had the honor of interviewing Jonathan Walker, Show Runner and Executive Producer for the superb science fiction fantasy Van Helsing series! During our time with Mr. Walker, we discussed not only his role in seasons four and five […] 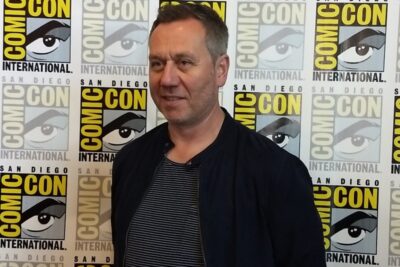