Treadstone moved towards an exciting season one finale with the ninth episode named “The Seoul Aslylum” that sets the stage for the viewers who have been on the edge of their seats all season to learn more about the Cicada sleeper assassins programs by a nefarious source for suspect objectives!

“The Seoul Asylum” was written by Tim Kring, Dave Kalstein, and Tyler Hisel , and directed by the awesome Salli Richardson-Whitfield.

Treadstone, a superb series, was created by Tim Kring, that has turned out to be an excellent action science fiction thriller that is brought to our screens by NBC Universal Content Productions!

Treadstone has more than exceeded viewer expectations, successfully dovetailing the movies that established the world of Jason Bourne, which featured characters who were programed to be assassins.

In Treadstone, as seen on USA Network, several parts of the story arc threads that had remained a mystery are revealed in “The Seoul Asylum” sending reverberations by the series creators to the delight of the viewing audience!

The episode dishes details delineating the secrets of the “Cicada” assassins who are located around the world operated by a dark organization that many will recognize as Deep State Globalists bent on enslaving life on our fair planet for their undoubtedly evil purposes!

“The Seoul Asylum” opens subsequent to Tara (Tracy Ifeachor) showing up at old Petra’s (Gabrielle Scharnitzky) farm house at the end of “The McKenna Erasure”.

Tara wants Petra to talk about what the hell is going on with the Stiletto Six ICBM?

Tara is apparently willing to share everything with Petra about her search for the Stiletto Six that included the death of her friend Meghan (Racheal Ofori) at the hands of Yuri Leniov’s (Merab Ninidze) present day gang of Marxist malcontents.

Petra returns the compliment by taking Tara into the missile silo complex itself located below the barn on her farm to witness the missile first hand that has been troubling her for many years.

Tara’s is more than disturbed to learn that the nuclear warheads have been taken by Yuri for his plans to sell them to the highest bidder!

We segue to Washington where we find Doug (Brian Jacob Smith) being trained by Samantha (Tess Haubrich) to assume the life of Vincent (Martin Goeres) whom was sent to kill Doug and Doctor Sachs (Alan McKenna) whose house was wired with explosives.

Fortunately, Doug turned the tables on the Cicada assassin and will now go dark assuming Vincent’s life and missions.

Samantha gives Doug a bottle of anti Cicada medicine after he shaves his head to look like Vincent . In this way Doug will be able stay in control of himself effectively fighting the Cicada brainwashing.

Samantha contacts Cicada headquarters who send Leo Biller (Paul Thornley) an agent that Doug left alive in “The Paradox Andropov”. Samantha goes with Biller rather reluctantly. The question we must ask is will Doug ever see Samantha again?

Doug gets a text message in Vincent’s apartment that orders him to kill a Hispanic man named Padre Vicuna (Edgar Duran) in Colombia. Doug prepares to follow instructions and determine why Padre has been ordered to be killed?

The action moves to Budapest Hungary where we find Bentley and young Petra (Emilia Schüle) as they prepare to meet with young  Yuri (Julian Kostov) in order to trick him.

Their plan is to make Yuri believe that Bentley is still brainwashed in order to find a way to save Matheson (Oliver Walker) who is currently being programmed for some evil KGB purpose.

Yuri takes Bentley away to the KGB house of horrors while Petra tries to lay low. Instead, Petra is captured by armed KGB operatives where Petra finds the man named Kohler (Jaime Parker) who killed Ferguson (Tom Mothersdale) and ordered Bentley when he was brainwashed to bring Petra in. In a surprise development, Kohler demands that Petra tell him everything she knows about the Cicada program!

Next we find Bentley in a prison in Bucharest, Hungary where we learn that the vile Dr. Meisner (Martin Umbach) has survived Bentley’s attack on him in the opening episode “The Cicada Protocol”. Naturally, our hero Bentley has been drugged.

Bentley is locked up with his old pal Matheson informing him that he is there to save him from evil Doctor Meisner. Unfortunately, Matheson appears to be too far gone, instead alerting the guards, who beat Bentley mercilessly.

Bentley wakes up after his beating only to find that Dr. Meisner orders one of them must kill the other! Meisner puts a pistol and a single bullet on a table. Matheson attacks Bentley! Bentley gets the upper hand, but keeps trying to get through to brainwashed Matheson, finally succeeding. Matheson and Bentley then escape from the prison!

Back in Washington DC, Edwards is being trailed for capture by Dan Levine (Michael Gaston) for helping Haynes. Edwards call a former Interpol ally Marten Van Room (Jan Hammenecker) in Amsterdam telling him that that the CIA is operating a world-wide criminal syndicate. Edwards leaves for Amsterdam to pass on the intelligence. This is where we get the bad news Treadstone’rs!

Cicada ringleader Dan Levine has been listening in on Edwards! Levine meets with Ellen Becker (Michelle Forbes) providing her with all the intel on the Cicada program. Levine begs Becker to stop her resistance to the program and join him in his mission or he will blackmail Ellen! Our Ellen Becker realizes has no choice but comply!

Levine then takes Ellen Becker into a secure Cicada Operations Suite. Here Ellen learns the Cicada operation is global in nature! All the Cicada are being tracked including Nira (Shruti Haasan), Soyun (Hyo-Joo Han), and Vincent, as well as a bevy of new assassins yet to be revealed.

Ellen is told there are many Cicada kept in sleeper mode until they are needed. In a stunning reveal, one of them is Tara!

The episode begins to wind down in Seoul, South Korea. Soyun has escaped her handlers and is trying to find freedom at the United States Embassy. Chased through the streets, Soyun makes it to the compound informing them that she has critical intelligence for the CIA about North Korea. Soyun is allowed access and is placed in a safe room where she speaks with Becker and Levine.

Soyun reveals what her mission is, to get the Stiletto Six ICBM for North Korea! A CIA team is assembled to attack Cyprus where Yuri has stashed the missing warheads.

Levine informs Becker that he was contacted by the power mad Senator Wray (Tim Ahern), to use Soyun to assassinate General Kwon (Tzi Ma)! Becker is stunned to learn that members of Congress are involved with the Treadstone Cicada program! Becker realizes how deep she has gotten.

In the final scene, Tara gets a call on her cell phone with the Cicada Tone song, and becomes an activated Cicada!

Team WHR suggests you tune into USA Network and send them a message that you want a second season so we call all enjoy more Treadstone!

Please feel free to share this article with your friends, co-workers and or family and leave your comments! We look forward to you visiting our dedicated review and analysis web site here in the future!

Or as many of our readers and visitors often do, visit WHR on Twitter, WHR on Facebook or visit me on Twitter by clicking the text links or images avatars in this news story. I and TeamWHR look forward to Seeing You on The Other Side!“

Treadstone The Cicada Covenant Is A Complex Cicada Reunion!

Sat Jan 4 , 2020
Welcome back Treadstone lovers! Treadstone‘s  action-packed season one, episode ten  “The Cicada Covenant” was written by Tim Kring and Dave Kalstein, and directed by Jeremy Webb. In the Final First Season Episode, It’s All in the Cicada Family! In this final episode of the first season, Soyun (played by Hyo-Joo […] 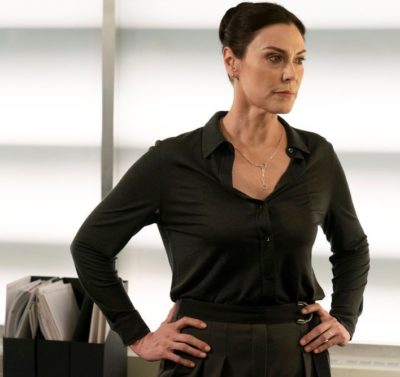