Treadstone‘s  action-packed season one, episode ten  “The Cicada Covenant” was written by Tim Kring and Dave Kalstein, and directed by Jeremy Webb.

In the Final First Season Episode, It’s All in the Cicada Family!

In this final episode of the first season, Soyun (played by Hyo-Joo Han) is finally reunited with her husband, only to find out her son has been sent off to the North Korean version of the Cicada School.

Doug McKenna (played by Brian J. Smith) has taken over a Cicada mission with the objective of assassinating an innocent tribal leader, Padre Vicuna (played by Edgar Duran), who has the audacity of standing in the way of progress.

Doug is caught between his drive to protect this innocent man and concern over what will happen to his wife Samantha (played by Tess Haubrich ) who is managing the Cicada handlers back home, at risk of discovering their deception if the Padre is not killed on schedule.

Finally, the Treadstone multiple subplots converge where we find out that Tara Coleman (played by Tracy Ifeachor) turns out to be a Cicada!

Now Cicada activated, we suddenly find that she is activated to kill the very man who killed her friends, the evil Stiletto Six ICBM broker Yuri Leniov (played by Merab Nindze).

Tara’s activation is done with CIA Deputy Director Ellen Becker’s supervision (played by Michelle Forbes), and while it momentarily seems now she is more involved in the Cicada problem than she perhaps has seemed in previous episodes.

There is still a sense that her superior, Dan Levine (played by Michael Gaston), is driving this fiasco, and it is in this episode that Becker’s trusted agent Matt Edwards (played by Omar Metwally) finds his life in danger.

As all these parts and players converge in the final episode of the first season, we also have Old Petra (played by Gabrielle Scharnitzky) on her way to reunite with the now-old J Randolph Bentley (young Bentley played by Jeremy Irvine; young Petra played by Emilia Schüle).

Haynes (played by Patrick Fugit) is alive! – until he is put down later in the episode. I confess I am sad how this subplot ends.

It was my hope that Haynes would have been spared, but I am sorry that his death was faked in the previous episode “The McKenna Erasure” merely so that he could be reprogrammed as a hunting/killing drone again.

This episode opens with us observing Haynes strapped to a chair, dotted all over with bio-sensors. In Clockwork Orange-style, his eyes are wide open to a series of words and images that are certainly meant to re-indoctrinate him to become again a weapon wielded by the Cicada program.

And sadly, his re-programming is meant to condition him to execute CIA Agent Matt Edwards, who had been his help up to the time of Haynes’ capture.

Tara Awakens to her Cicada Identity!

Tara suddenly recognizes that her life as she knows it is actually just a Cicada cover story, but she is likewise aware that this means the life she knows is likely a false narrative. It is possible, then that her sister may not be dead like she had been led to believe.

Luckily, she was activated in the presence of Old Petra, who is able to help her be aware of what is happening to her. She gave her helpful information to assist her on her way to meet her target.

In fact, because the target is Yuri Leniov, Petra is further inspired to supply Tara with a small arsenal of weaponry. And Petra, seeing that the Cicada program has been activated by someone, finds it necessary to go on a little mission of her own, to see her old friend J Randolph Bentley again. In spite of all the spy/counterspy espionage they had to weed through back in the day, it seems they did find a bond of trust with each other. Must be love!

After Tara tries, and fails, to take out Leniov, she is quickly dispatched to help her friend, CIA agent Matt Edwards, who requires her aid at the very moment she finds him in Amsterdam. He is waist-deep in a canal, in hand-to-hand combat with Cicada Stephen Haynes (whose real name is Jacob Decker, Matt had just found out).

While Haynes was believed to be dead, he was brainwashed in Treadstone fashion, this time to kill Edwards.

Then came the moment Haynes had the upper hand, pushing Matt down into the canal waters.

But for one brief moment Edwards, gasping for breath as Haynes attempts to drown him, he calls out Hayne’s real name.

“Jacob!” he yells out! Just then Haynes suddenly pauses, stunned to hear his real name again.

It is just enough time for Tara to take aim and shoot Haynes dead, saving Edwards.

And who was responsible for dispatching Tara to the aid of Edwards?

You guessed it, none other than Ellen Becker. Who, by the way, is none too happy that Levin attempted to use a Cicada to kill her friend and ally.

Doug is in a jungle in Colombia, attempting to fulfill the mission of another Cicada that Doug has killed. The need to keep the mission going is so that he can continue the ruse.

The problem, however, is that Doug has no desire to murder the mark, who happens to be a padre to the people, and who is set to give a speech that will surely protect his people and their land from the wheels of progress (he stands in the way of a company that desires to mine a “rare earth metal” which apparently runs in a vein right under the village).

It all works out, of course. Doug pulls the same trick he used before with the Cicada whose life he assumed. He takes a picture of the Padre with blood on his face, lying awkwardly on the ground, looking quite dead, and sends it in as a proof of death. For Doug’s trouble of saving his life and taking a knife to the side, the Pastor offers some stitches and some gentle advice.

“The drama of your dreamworld,” Padre observes, “is so seductive.”

“I want to wake up,” replies Doug.

Which makes the audience contemplate an important truth: the Cicada, in order to become a useful killer puppet to a puppet master, is a person who must endure an uncomfortable and thick ooze of false narratives every day of his/her life.

2. Stories of different identities and different names, like Stephen Haynes.

3. Stories of allegiances and enemies, like J Randolph Bentley, whose mind has been twisted by two different countries.

The only stories that prove to have a precious vein of truth in them are:

A. The story of Doug and Samantha, where love and marriage has redeemed a Cicada/handler relationship in order for truth to finally shine through, and

B. The story of Soyun, who has a husband and a son, and her devotion to them is a voice calling to her louder than the Cicada call.

We are sad that Haynes died in a state of Cicada enslavement, and we hope that Tara has an opportunity to learn her truth. Likewise, we want Ellen Becker to learn who has been authorizing all the Cicada activities.

That person (or persons) would be the true enemy. Certainly, Senator Wray (played by Tim Ahern) confesses (in a phone call to the Russian Yuri Leniov) that much of this activity was unsanctioned.

But at the close of this episode, Ellen is called into a meeting with the Senator after Dan Levin is dispatched by a Cicada that we thought we had lost track of, Nira Patel (Shruti Haasan) in China.

So come next season we are sure to find out more about what the Senator knows.

And we are bound to get to meet present-day J Randolph Bentley, too!

I am very enthusiastic for the next season of Treadstone, and here are some questions I can’t wait to see answered:

I. Levin is killed by the Indian Cicada assassin Nira Patel. Which means, while we do not know why he was eliminated exactly, we do know that the person behind the Cidada program ordered his elimination.

II. We still do not know who is behind the unsanctioned awakening for the Cicadas.

III. We still do not know the reason why this mind-bending program is still operating at all?

And finally, What does Senator Wray want with Ellen now that Levin has been assassinated? Since we know that he has connections to Leniov (who did not successfully sell his Stiletto Six), and Leniov managed to escape Tara, he is still on the loose and able to create international incidents.

Stiletto Six may be off the market, but there are black market pharmaceutical drug rings and precious metal mine acquisitions still in play, so there are plenty of vices still to explore!

Team WHR suggests you stay tuned to USA Network as we all hope for a renewal of season two for Treadstone!

Gateworld Attempts to Stop LGBTQ Cyber Bullying, But Is It Enough?

Tue Jan 28 , 2020
Hello Stargate and Science Fiction fans! I am writing to share a story I am concerned about regarding the important human rights issue of Cyber Bullying. WormholeRiders News Agency has been gracious in allowing me to share my observations with you on their official Stargate web site since it concerns […] 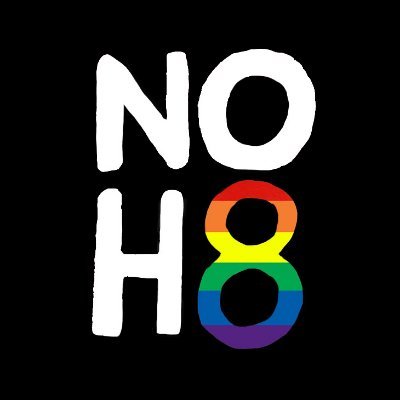