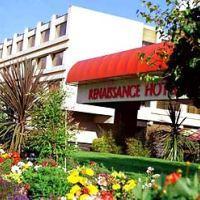 Well, an early start greeted all the Gabiteers Saturday morning February 12, 2011 as AT5 at the Renaissance Hotel, Heathrow got underway. Waking up before sunrise on a weekend to head 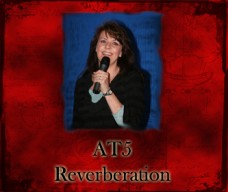 down for breakfast after the cocktail party must have been hard for some, but it seemed that everyone pulled themselves from their duvets to be in the main hall for the opening ceremony at half eight.

After a quick meet up with friends, everyone was seated in the main hall for a welcome by the staff: “Welcome to the madhouse!”, followed by a brief run down of the events on the schedule, who to turn to for help if needed and a health and safety briefing provided by a beautiful assistant aka Mumsy, one of the awesome G4. 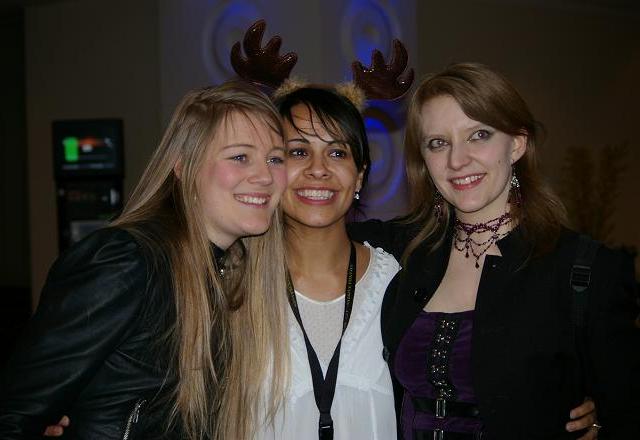 Then the floor was turned over to the technical crew who provided us with an amazing slide show of both last year’s event AT4, including short video clips of Amanda baton twirling and threatening to play the guitar on stage at the next event, followed immediately by a Sanctuary music video.

The announcement of “Amanda Tapping!” drew the loudest cheer possible on the face of the planet.  For all the keen eyed fans, they caught a brief glance of her as she ran down towards the stage and bounded up on it with gusto.

She whipped out her own camera and took pictures of the crowd for her own amusement, then asked if her ‘Wohoos’ were present and asked them to stand up so she could provide Martin Wood with proof of their existence. 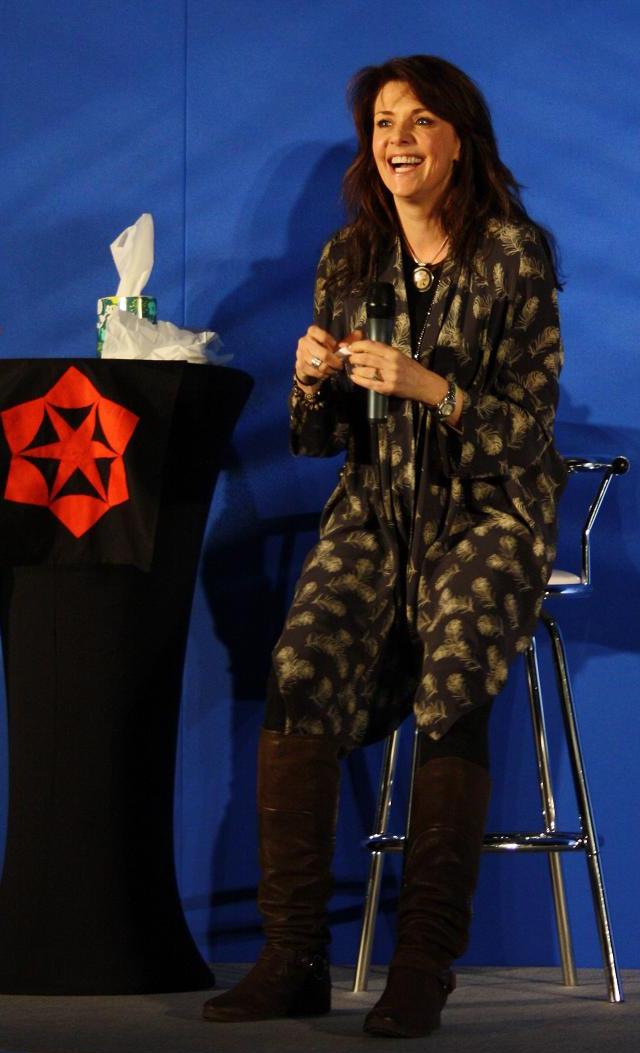 A really lovely part for myself was that she asked all the ‘Newbies’ to raise our hands as well as the old hats and said that we were in good company.  How right she was!  The atmosphere in the room was electric, a hint of nervous energy coupled with the early start contributing to it, but also very friendly. 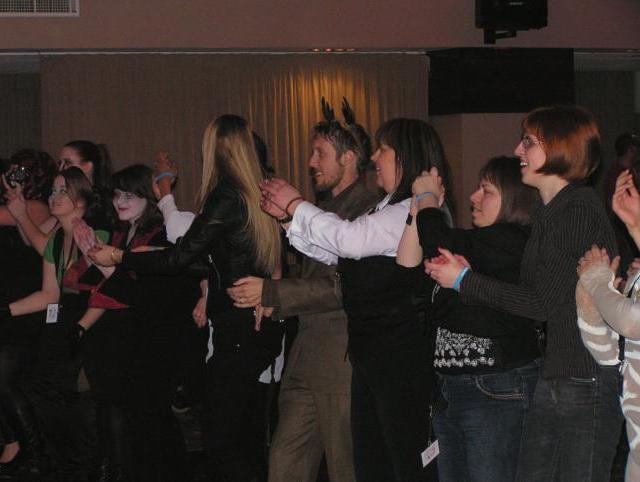 Amanda straight away put the onus on the fans to get the ball rolling with questions and the fans stepped up to the plate and delivered.  With questions ranging from her recent charity visit to Nepal, her upcoming William Shatner project Zenoids, her most recent directing experience on Sanctuary, who she would have play Amelia Earhart, her favourite Sam/Jack moment to the favourite jello flavours of the characters in Sanctuary and the International Jello Smuggling Ring of Great Britain. 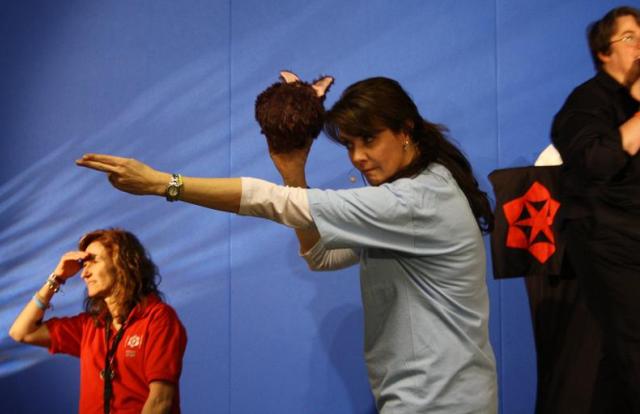 To many of the questions, Amanda’s initial response was “Umm…I don’t know?” Then explained that she may have suffered a concussion while filming a fight scene in Sanctuary which had affected her memory.  This became a recurring theme throughout the weekend with Amanda saying her goofy behaviour was a result of this injury, however she had not told anyone on set at the time! 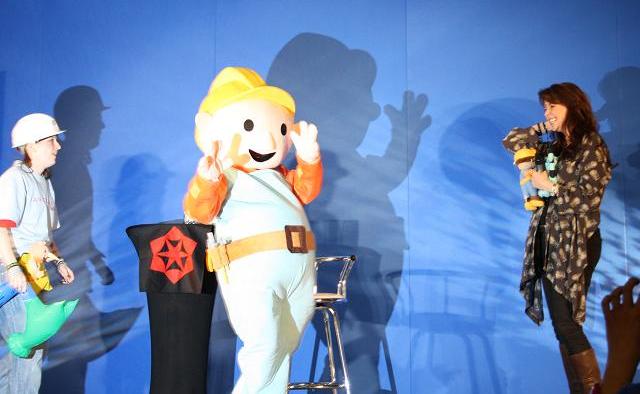 After two very funny panels, of which you will see more detailed reports in the coming days and weeks, and a photo session with all the attendees, we were all back in the main hall for a demonstration of the work Hearing Dogs for the Deaf do and the charity auction.

Jane from the Hearing Dogs for the Deaf thanked everyone for the support they had shown over the weekend, then Julia, ‘THE’ G, introduced the Sanctuary for Kids segment with a very moving speech about the charity and why they do what they do and how important it is.

This was followed by a hard hitting video that had many attendees in tears before its end. Amanda then came on stage and gave us a talk about the work of Sanctuary For Kids charities and a slide show of her recent trip to the Nepal Orphans Home, sharing with us the stories of the children who had been either rescued or given to them to look after.

We moved swiftly on the actual auctions, and the video must have really spurred some people into action because with the amount of money raised in the first five items, Amanda was nearly in tears at the generosity people were showing.

Amanda ran back and forth with the stewards modellng the items, but half way through she was stopped in her amazingly bouncy tracks by an announcement by the Hearing Dogs for the Deaf that they would give half of the proceeds of the sale of the huge stuffed bear (shown below) to Sanctuary For Kids! 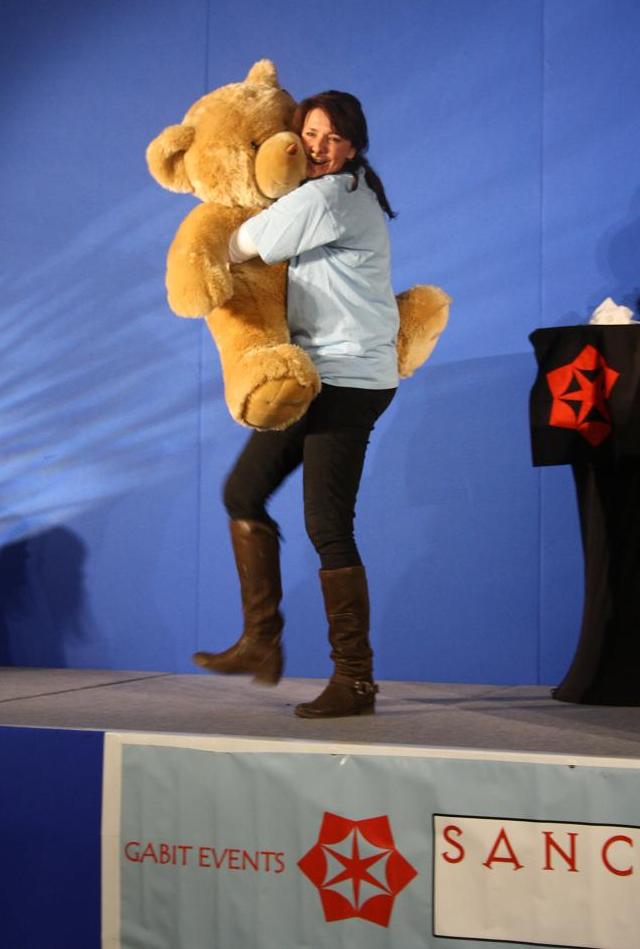 This amazing gesture seemed to inspire people to give more, because the bids just kept going up!  Being honest, I felt bad that I could not help more and bid on some items that I wanted, but most of the items were going for more than I make in a month!  When the Hearing Dogs made their announcement I was in tears at their generosity, the fact that a charity was giving another charity money was so astounding to me that I broke as did many others. 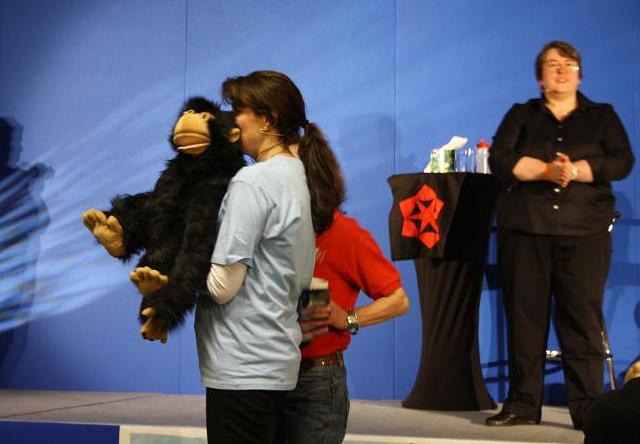 At the end of the auctions, those of us who could not afford the high reaching final bids were consoled by Amanda, that just being here and spreading the message, helping with the little things was just as important and that we should not feel bad in any way.  She finished with her heartfelt thanks to everyone who was here and assured us the money would make a significant difference in the quality of the Sanctuary For Kids’ lives. 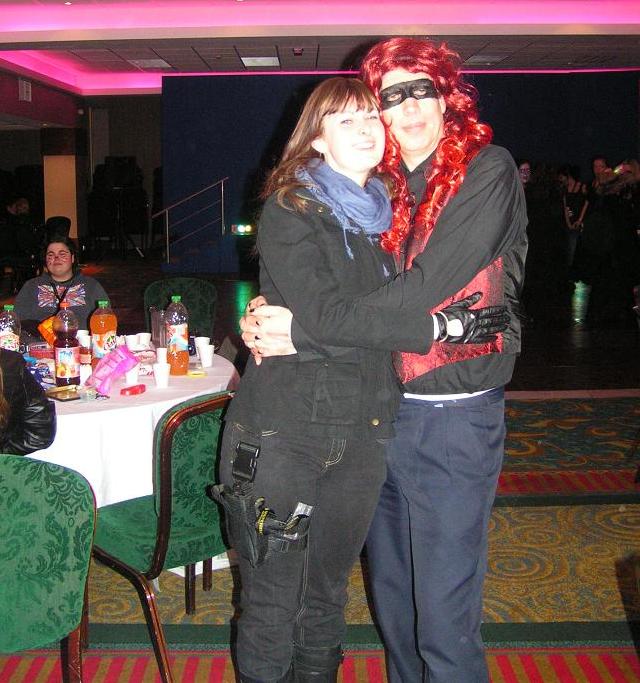 The evening was then ended with a party to end all parties, with some good old con-dancing and blue jello!  In fact, the party was so amazing that the University social which was also being hosted in the hotel wanted to come and joins ours!  Even after the party had ‘officially’ closed, the attendees merely moved from the ball room and into the foyer to carry on!  While this reporter had to retire early because of an early start, many of the party goers continued well into the night!

I hope you enjoyed my overview of AT5 Reverberation day two and appreciate visiting our news sites at WormholeRiders News Agency. Please feel free to leave me a comment or a question here. I will respond to your comment or question as soon as is possible.

If you prefer, you may click one or more of the social media icons below to share this news article, or as many of our readers and visitors often do, visit me on Twitter or the WHR on Facebook page by clicking the text links or images avatars in this news story and or on See You on The Other Side“! 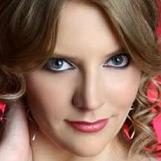 Wed Feb 16 , 2011
Greetings once again Fringe fans! Olivia (Anna Torv) with red hair, air transportation by dirigible and Alt Fringe Division Agent Lincoln Lee (Seth Gabel) is in charge; it must be another alternate episode. And who is the hot guy Alternate Olivia is spending her time with? None other than Bolivia’s […] 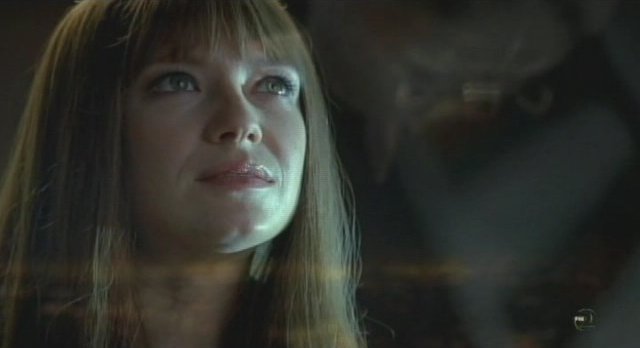