Well you all heard the fantastic news from SyFy yesterday evening about Riese Series being picked up! Yay! This is a brilliant move by SyFy and we salute them for bringing Riese Series to the main stream viewing audience after it’s successful webisode run in late 2009 and early 2010! Riese Series features many Stargate stars like Patrick Gilmore, Peter Kelamis, and Sanctuary stars Emilie Ullerup and Ryan Robbins (also of Stargate Atlantis).

Starring Christine Chatelain (Fringe and Sanctuary) as Riese, Sharon Taylor (Stargate Atlantis) as Amara, Ben Cotton (Stargate Atlantis) as Herrick, Bart Anderson (Sliders and Supernatural) as Doctor Bauman, featuring Ryan Grantham (Supernatural) as Young Arkin and Allison Mack as Marlise, Riese Series is an outstanding addition to the lineup at SyFy and WHR is announces immediate support for Riese Series and is excited for the fandom and for NBC Universal, parent company of SyFy! Click the banner to visit Riese Series on-line.

Be sure to tune in to SyFy to see Riese for yourself. Below is their original Press Release. Enjoy!

New York – April 8, 2010 – Syfy remains on the forefront of cutting edge fantasy based digital entertainment with the acquisition of the highly acclaimed web series, Riese, it was announced today by Craig Engler, SVP and GM of Syfy Digital. Syfy Digital has acquired the rights to the entire 10-part series – which is distributed by Fireworks International, the television and digital distribution arm of ContentFilm plc – with an eye towards development for a broadcast air. Riese consists of two five-part episode seasons, with season two premiering fully for the first time exclusively on Syfy.com. Season one and two are both slated for a digital launch in the fall 2010.

“Riese is a fantastic web series with a lot of room to grow, and we’re excited to work with the very talented cast and crew to help them take the show to the next level, backed by the full promotional efforts that Syfy can bring to the table,” said Engler. “At the same time we’ll be working hand-in-hand with our TV development team to see if Riese has the potential to make the jump to TV, just like our hit show Sanctuary did.”

Jonathan Ford, Executive Vice-President, Digital Acquisitions and Distribution at Fireworks International added, “Syfy is highly regarded in the digital community with a fantastic background in identifying and securing the best in new multiplatform content. We are delighted to announce this significant deal for the important US market and look forward to working with the Syfy team on the web series as well as developing Riese for television.”

Riese is a fantasy-adventure based web series that chronicles a mysterious wanderer named Riese, (portrayed by Chatelain). A life-on-the-run from a world with a dim future, Riese and her trusted wolf companion, Fenrir flee their dying land of Eleysia in search of freedom as they are hunted by assassins of ‘The Sect,’ a terrifying religious entity. As she tries to piece together her mysterious past, Riese will take on a life and death journey with the balance and the fate of the world lying in the palm of her hands.

his new product is combined with the large and valuable Fireworks library catalogue, which is complemented by a raft of formidable television shows including Gene Roddenberry’s ANDROMEDA, MUTANT X and RELIC HUNTER.

Syfy is a media destination for imagination-based entertainment. With year round acclaimed original serie s, events, blockbuster movies, classic science fiction and fantasy programming, a dynamic Web site (www.Syfy.com), and a portfolio of adjacent business (Syfy Ventures), Syfy is a passport to limitless possibilities. Originally launched in 1992 as SCI FI Channel, and currently in 95 million homes, Syfy is a network of NBC Universal, one of the world’s leading media and entertainment companies. Syfy. Imagine greater.

Thu Apr 8 , 2010
Hey Stargate Universe Fans! Stargate Universe Divided continues where Space left off. Be warned, while the story line is not revealed, what may be considered  minor spoilers lay ahead. Most of what is discussed herein has already been released in preview trailers. Nevertheless, If you do not like spoilers, even […] 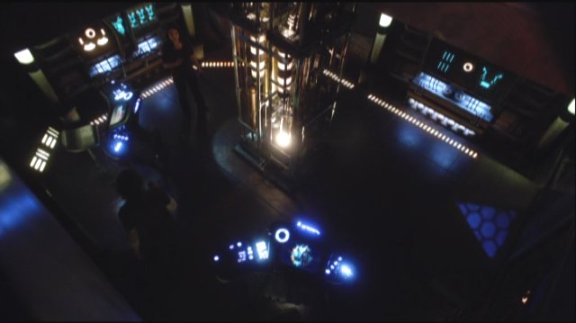