With Comic-Con 2022 firmly in the past and me fully recovered from the whirlwind again, I begin my coverage of the Pop-Culture event that returned for the first time in three years when I had the exquisite pleasure of interviewing Jody Dankberg, Senior Director of Licensing and New Business Development of Stern Pinball for Team WHR on July 21, 2022. And what a wonderful Pin-Ball gaming experience it was!

As a child of the 80s, video games and pinball were a staple at the local arcade. I was one of those awkward kids that used to stand for hours and pump quarters into the pinball machines, trying to hit that top score and add your name to the list of legends already there. I have always been a huge fan of pinball, so when the opportunity arose to interview Jody, I jumped at the chance. I include a video sample of the great Stern Pinball games below for your enjoyment. 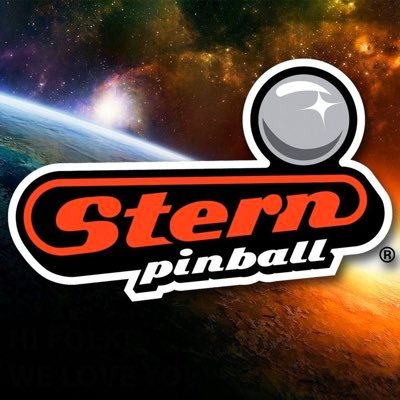 Stern Pinball specializes in unique and pop culture pinball machines. From classic tv shows and movies like Batman ‘66, Star Trek and The Munsters to ones from music icons such as Rolling Stones, AC/DC and Kiss.

It was so cool to see all the literal bells and whistles that these games come with. The way the player can be interactive with the game is incredible. Just looking at all the cool hidden gems that are part of each game is really a treat for those of us that remember the shows or movies.

The newest Stern Pinball editions are Led Zeppelin and Rush, complete with flashing lights and symbols from their most famous songs. Here in my hometown of San Francisco there are a multitude of bars and arcades that feature many of the incredible games from Stern. We include the the Stern Pinball Rush Edition video below for your enjoyment. 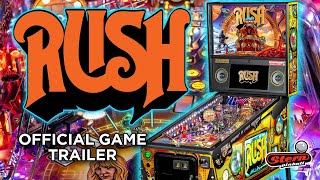 One of the places I have gone to several times is the Emporium, an arcade and bar that features several of these games. I have had the pleasure of playing these incredibly fun games and it is not easy. Pinball requires good hand eye coordination. You must make sure to hit those targets and make the bells ring. Some games, like Stranger Things (video included below), you must get the ball in the Demogorgon’s mouth, no easy task. You get three tries and if not, well then back to the upside down it goes.

Speaking with Jody, who is a guru of pinball, I learned a little more about what pinball is and why it has always been such a fun game to play. There will be an exciting announcement of new games in the Fall and toward Christmas.

My first question to him is why is pinball so popular? His answer was that his “objective was when he became a part of the company 13 years ago that he turns pinball into the popular game it once was” (and frankly in my opinion always has been). There is “such a high demand now for games not only from the core customers but so many casual folks, families, younger fans and even little kids.” He mentioned the folks at The Emporium who are great friends of Stern and from Chicago as well. Their pinball machines are also demanded in places like Nashville and Las Vegas. “They are giving you entertainment and nostalgia; the nostalgia brings you in” Jody had said about why these machines are played more. “It is something, social, it is something fun, it gets you out, it also brings people together. It can be something you do by yourself…” to me this is another reason pinball is so vital to the gaming community.

Stern Pinball has a program call the Stern Heads-Up Pinball Invitational which is a competitive show that is available to watch on YouTube for the competitive pinball players. He mentioned that there is the Godzilla pinball being released very soon. There were two rooms dedicated to these incredible pinball machines at the Marriott Marquis. Entering the room was fun and all you could see were the fans playing the machines like Deadpool, Jurassic Park and one of the newest music ones Rush. There was a big Godzilla figure in the room as the hint of what is to come from Stern.

Being a global company that ships all over the world, “when we obtain a license, it must be known all over the world, everywhere. From Australia, to here in the States, to Europe, South America.” Jody stressed that the license being global and widely known makes for a good game. With games like The Mandalorian (video below) with a small Grogu and his force wielding powers or Godzilla there are good guys and bad guys, battles, etc., which makes for a fun game. You want to combine a really A+ title, with fun and that is a winning success. The do have different genres as well, sci-fi, music, retro, tv shows, cultural zeitgeist such as The Walking Dead, Game of Thrones, Stranger Things. He mentioned that he is always thinking about what the next one is. He had mentioned the television show The Boys, who knows that will be in the works soon, fingers crossed. 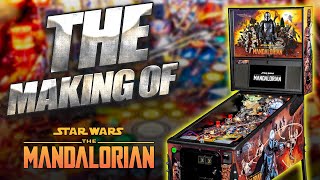 When I asked Jody what his favorite pinball machine was growing up, he mentioned that his grandfather owned an arcade (how perfect) in Tucson, Arizona and he would spend a lot of time there when he was little. He remembers that when nighttime came the older kids would come in, “with their mustaches and long hair, smoking cigarettes,” they would play the pinball machines. He did mention some of the older games that he wished he were exposed to like Flash Gordon, because he loved that movie (I mean who does not love it?). For the time, the Flash Gordon game was an innovative, neat game to have around, made cool sounds and was just very nostalgic for him. I can totally relate to what Jody is saying, it is those nostalgic games, movies, television shows that need to be revived for the simple fact that they will always be cool. It is also another way for the current generation to be exposed to those iconic movies, shows and pop culture of that era. He mentioned that one game he would love to have been the Robocop game. There is one at Logan Arcade in Chicago, so if you are in the Chicago area and want to experience what it is like to be Robocop, stop on by.

I asked Jody out of the current ones that are out right now which one is his favorite. He mentioned that he “comes from the music business and my heart and soul is really into music” two bands he mentioned were Iron Maiden and Metallica. Between those two powerhouse mega metal groups Metallica is his favorite. The music inspired games from Led Zeppelin and Rush, two of the most iconic and beloved bands in the world, held a bit of fond memories for him. Jody remembers his father showing him those albums and listening to the music while sitting on the floor of his home, and now he gets to collaborate with them, talk about dream come true! 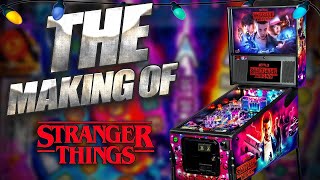 My last question was a bit of a mystery, and I am okay with that. I asked him what would be his “dream themed game.” He said that “people that know me, know the answer to that question, he couldn’t reveal the answer” because well…I will leave it at that. They are working on his dream theme; he could only tell me that it is retro and something from his childhood. I am looking forward to seeing what incredible theme Stern has coming down the pipeline. It is something “dear to his heart, he is really excited about it,” since Jody and I are of the same generation, I am also excited to see what that new dream theme machine that is coming.

This interview was so much fun, and I learned a lot about a game that I grew up with and dearly love. I want to thank Jody Dankberg and Stern Pinball for giving me this very cool and fun interview to start off my Comic-Con 2022 adventure. Please support your local arcades and check out Stern’s Youtube Channel or web site by clicking their banner above to find these incredible games near you!

Sun Aug 14 , 2022
Welcome Back Composer Admirer WormholeRiders, As any admirer of entertainment can attest to, whether they are aware of it or not, the music in virtually every television program and film success is tied directly to the music score written and directed by the Composer. Even in the earliest days of […] 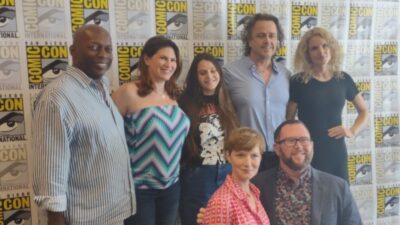