Are you ready to hear about the Disney plus series The Mandalorian?

I hope you loved it as much as I have. I am a Star Wars fan, but not fanatic, the franchise has always been a favorite of mine and will always have an incredibly special place in my heart. I was 5 years old when I saw the original Star Wars in 1977 at the Alexandria Theatre on Geary street here in San Francisco (sadly that theatre is no longer there). Over the years I have seen all the subsequent films that have come after the original three. As I have grown older, I have become a lifelong fan, I was so happy to hear that a series based on The Mandalorian was coming to Disney plus.

We were first introduced to the most famous Mandalorian, Boba Fett in Empire Strikes Back and again in Return of the Jedi. From those movies on we knew that whenever we saw those bounty hunters, we knew things were about to get interesting. The series picks up 5 years after Return, it is set during the New Republic that was established by The Alliance. The series is the brainchild of Jon Favreau who wrote 23 episodes, directed one and pretty much had a say in everything and anything that was to be involved in the series. Dave Filoni a lifelong Star Wars nerd executive produced the bulk of the series as well as directed and wrote two episodes. With the masterminds like these two gentlemen behind the series, there was no doubt that fans were going to get the series they had long desired.

Seeing those movies and then watching the series you can clearly see the similarities and parallels. As someone who loves Leone’s Westerns and those Japanese films that influenced it, I knew from the get-go that I would love this series.

The cast alone is another reason worth watching it for, it is a virtual goldmine of amazing actors, some of which are seen on screen or heard through their voices. Let us start with the Mandalorian himself voiced by Pedro Pascal from the Netflix series Narcos. Pedro may not be the actual man in the suit (you do see him donning the suit in a few episodes), but his emotion is still present and powerful. He is the “man with no name” the lone bounty hunter that roams the galaxy and finds work when he can. We do not find out Mando’s name (Din Djarin) until Chapter 8: The Redemption in a series that goes by chapters, not episodes.

The great thing about having a series like The Mandalorian at Disney is the production value of the series. With a powerhouse like Disney behind you and the best technology in the business each chapter (episode) feels like a movie within itself. From the costumes (costume designers Joseph A. Porro and Shawna Trpcic) to the sets (set designer Amanda Moss Serino) to the music (Ludwig Göransson), it immerses you fully into that world and for that brief time you feel like you are right in the middle of the galaxy. Add in ILM (Industrial Light and Magic) to the mix and you have the perfect combination.

In the first season we have a cast of characters beginning with Carl Weathers (Greef Karga), Gina Carano (Cara Dune), Werner Herzog (The Client), Nick Nolte (Kuiil), Taika Waititi (IG-11) Giancarlo Esposito (Moff Gideon) and Emily Swallow (Armorer) rounding out the rest of the cast.  I remember during the first season and the first few episodes the character of Kuiil had a voice that was so familiar but could not quite place and was pleased to see that Nick Nolte returned to the screen.

It was about the second chapter that I realized it was Nick Nolte, and that made me love the character even more. The directors for the first season are some of the best in the business, from Bryce Dallas Howard to Taika Waititi, all bringing their own love of Star Wars to their respected episodes.

The second season has added even more talent to the series both in front of and behind the camera!

Behind the camera is more great talent with Robert Rodriguez, Dave Filoni, Carl Weathers, Taika Waititi, Peyton Reed. The series is better because of who is in front as well as behind the camera, when you have people that have a deep love and admiration for the material it shows in each episode. For example, the episode that Robert Rodriguez (Chapter 14: The Tragedy) directed is indictive of his style, if you have watched any of his movies then you know what I mean. You will be able to know from the first few minutes of that episode that he was the one that directed it.

Mando finds himself in an unexpected role of father figure to “the child” who Mando is tasked to find and kill. Not realizing that the target is a child, and Mando instead rescues the child and protects him from the Imperials who want him dead. Even though Mando is dedicated to the ways of The Mandalorian, the code of Bounty Hunters’ Guild, he is still a man with feelings and emotions. He was tasked with finding others like the child and returning the child to his family. As a fan of the Star Wars franchise “the child” (later in Season two is when we finally find out his name, Grogu) is remarkably like what we know as Yoda, but the origin of his species has never been revealed. He does share the same traits as Yoda, as the series progresses, we do see that the child does possess the ways of the force and has on a few occasions helped Mando out of sticky situations by using said force.

With each chapter the mystery of the child, affectionately known as “Baby Yoda” becomes more apparent and that makes the urgency to find his kind more dire than first anticipated. We then find out that he may be the last of his kind and the reason he is wanted so badly by the Imperials is because of his capabilities that wield more power than thought possible. Nothing like having a whole galaxy of bad guys chasing after you, right? Thankfully Mando is more than capable of handling anything that comes their way.

The series is wonderful in that it shows the progression of a man who was bound by honor of the only way he has been taught (“this is the way”) and he has always known to maybe becoming more of the human he is. The armor he wears is not only symbolic of what he was, but it slowly becomes the thing that frees him as well.

It is complicated to say the least, we all wear our own “armor” throughout our lives and as we go through the journey of life, that armor becomes tarnished and eventually becomes that thing that either sets us free or destroys us. With Mando it is no different, his journey changes him in ways he never thought. From not being able to remove his helmet in the presence of another human to potentially abandoning the code he has followed his whole life. It is Shakespearean at its finest and we are here for it.

Pedro Pascal does a fabulous job at not only having the disciplined way about him, but eventually having that compassion, love, loyalty that has transformed him into the man he becomes at the end of the second season. I have always been a fan of Pedro’s; he is a great actor that can convey more with his voice than he can with an action.

It is hard to write about the series because I do not want to give away anything about the third season. Honestly when friends of mine started watching this show (and they are total Star Wars nerds), I was a bit reluctant to start because I thought they may be a bit biased. I was pleasantly proven so wrong about that. It was at the end of the first chapter (episode 1) that I had become enamored, enthralled, hooked, and obsessed with the series. I did not start watching it until the third episode had aired and once I binge watched them, I was salivating for more. Disney is smart in that the series is not given to you in one shot (as has been the case in most series nowadays), but weekly so you are made to tune in every week to see what happens next. I like having the anticipation during the week and speculating what might happen next in the series.

Having a series like The Mandalorian has opened my Star Wars world a bit more. It has made me want to delve further down the Star Wars rabbit hole and watch the other series that have been associated with this series (and the potential ones that might get spun off). I do know that there will be an Ahsoka Tano series coming soon, with Rosario Dawson. With each spin-off of the franchise we as fans get to enjoy the best parts of that entire franchise.

If you are a fan of any of the series that are part of the Star Wars franchise the I highly recommend this series. There is so much to sink your teeth into that covering it in one post will not really do it justice. All I will say is that the Season two finale was so incredible that I literally cried, but happy tears. It leaves it open for more and let me tell you there is a lot more in store for Mando. It also will make you have a slight deja vu regarding yet another movie related to the franchise. You will be (hopefully) as mind blown as I was when you see what happens . My advice to you is when you do watch the season two finale watch it ALL THE WAY THROUGH the credits and then about a minute after you will get something worth it. Trust me, I had to tell my friends to go back and watch it and they were glad I told them.

That about wraps up my post about the Disney plus series The Mandalorian. I hope this convinces you to watch the series. I am looking forward to season three and anything that comes after it. We leave you with one of our favorite videos from the series, Ludwig Göransson beautifully scoring The Mandalorian. 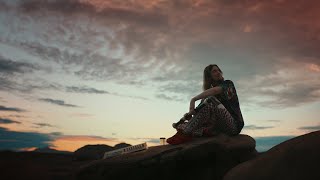 Thank you for visiting WormholeRiders News Agency. Thanks to Kenn for video embedding and adding images for my feature article. I will be back next season for more on The Mandalorian about the adventures Mando faces as we learn more about Baby Yoda!

One thought on “The Mandalorian: Bounty Hunter With A Conscience That We Love!”

A Fastball for Freedom: Rounding Second Base!

Sun Mar 7 , 2021
You can take the pitch out of Puppy, but you can’t take Puppy out of the pitch. Some Backstory As every American knows, the game of baseball comes in both a hardball and softball version. One version pitches overhand; the other gives an underhand delivery. The compare/contrast between these two […] 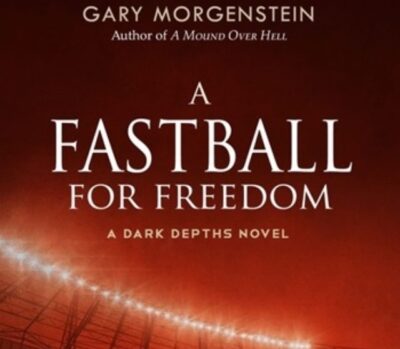