I just got back from the first ever Silicon Valley Comic-Con, in San Jose, California. It was definitely fun, exciting and a smaller (but no less important) version of the massive San Diego Comic-con that happens every year in July.

There were panels, special guests (William Shatner, Jeremy Renner, Nathan Fillion to name a few) and of course, outstanding cosplay!

The difference is that SVCC does include science and science fiction and new projects that are waiting for such convention to launch their idea to the world. 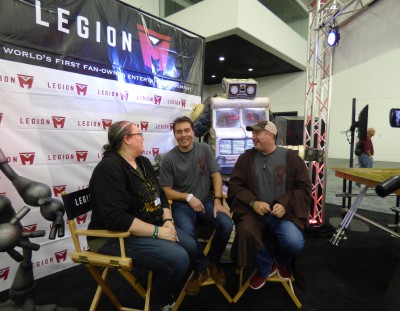 One such great new project is called The Legion M, the first fan-owned (yes you read that correctly) entertainment company. Pretty amazing, huh? I think so?

It will give fans outside of Hollywood the chance to become involved in new projects be it film, TV or anything else entertainment related.

The two brains behind this great new project are not newbies by any means, Paul Scanlan and Jeff Annison are the masterminds of The Legion M. 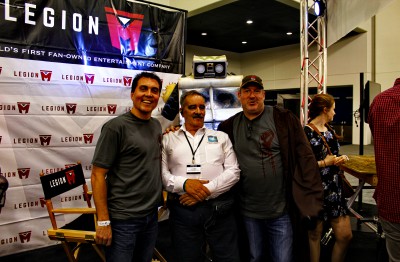 These two gentlemen (and I mean that), were involved with a “little” project that millions are familiar with. Known as MobiTV, Paul and Jeff were instrumental in bringing television to a mobile platform.

I had the pleasure of interviewing Paul and Jeff on preview night at Silicon Valley Comic-Con. The interview was fun and definitely informative about an exciting new entertainment project that is poised to revolutionize the manner in which fan loved series and movies will be produced in the future! 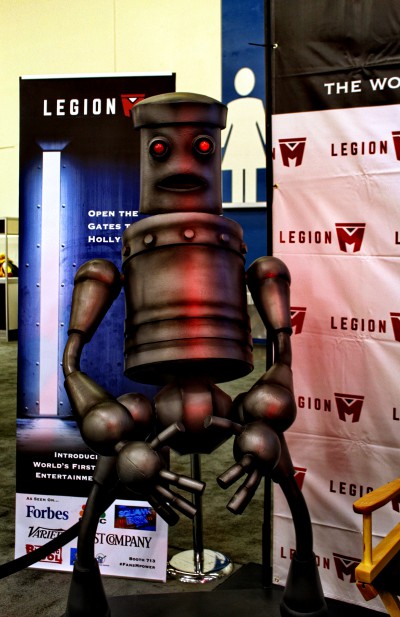 As I sat in a director’s chair (which I am very used to), I was flanked by two life size robots. Both were on display and later would roam around the con, and no doubt have a ton of pictures taken.

As a director myself, I can vouch for how difficult it is to get projects even looked at in Hollywood. It is normally all about who you know, but with The Legion M, it is all up to you!

How it works fans will have actual shares in the company, a piece of the pie, if you will. When the company makes money, so do you, it is basically a win-win on all fronts.

With the privilege of ownership comes access to behind-the scenes details that can be accessed through app or online interface.

Potentiality of live streams from sets of the projects already in production and things of that nature to keep all those involved in the loop. 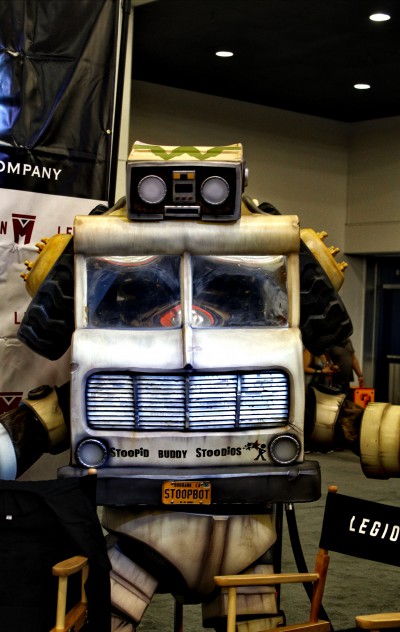 The company also has a few alliances with an already established companies that knows the inner working of Hollywood. Once such company is Stoopid Buddy Studios (Seth Green, John Harvatine IV, Matthew Senreich, and Eric Towner) the company that brought you Robot Chicken.

With that kind of talent and knowledge behind the company there is no telling what kind of amazing things will happen!

The ideas that SBS has (and there are many) can be presented to the investor pool (aka the legion) for feedback. It would be up to the legion to help find the “next big thing” the next big talent to come down the pike.

Wouldn’t you like to be a part of history? To be able to say to someone, I had a hand in bring this new type of entertainment financing and development to fruition for the fandoms?

I will bet you answer is YES!

The one major factor that is crucial are three main items of criteria when it comes to potential projects the legion will look at.

The first one and most important is will it be fun for the legion to be a part of. 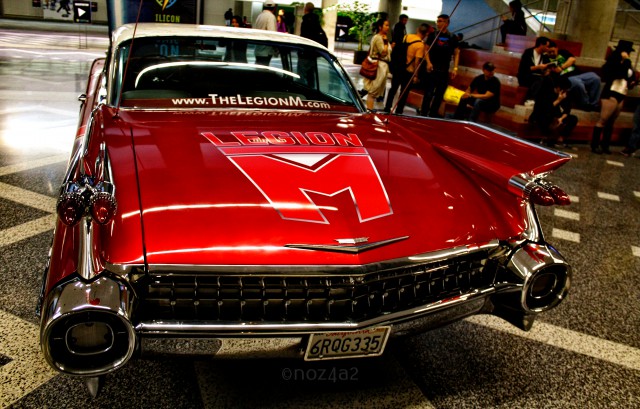 The second is basically that is will be worth the money that will be invested in it, that way we all win and lastly is it beneficial to the world. All great questions to ponder.

One of the many things, I enjoyed about interviewing Paul and Jeff is how incredibly enthusiastic they were about this company. They are very much part of what makes companies like this great, they are all about giving a voice to the masses. It lets the fan base feel empowered, and that is always a good thing. 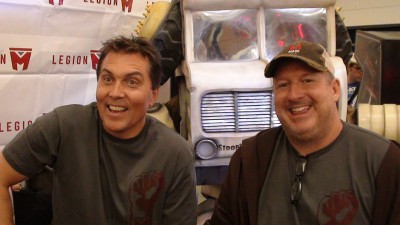 If all this sounds amazing to you and you want to be a part of it, you can sign up at The Legion M.com. I love their twitter hashtag, #MPowerFans, because is not that the point, to empower the fans?

I signed up the minute I got back to my hotel, and you should, too!

I want to thank Jeff and Paul for the great interview. Team WHR is looking forward to amazing things to come!

Thank you for visiting WormholeRiders News Agency. And thanks to Kenn for video creation, embedding and additional images for my report. I will be back in the near future with more about my adventures at Silicon Valley Comic-Con 2016!

Please feel free to leave a comment here or If you prefer, you may also click the social media icons below to share this news article or as many of our readers and visitors often do, visit the WHR on Facebook or me on Twitter by clicking the links or images avatars in this news story.

Tue Mar 29 , 2016
Welcome back WormholeRiders and Silicon Valley Comic-Con lovers to WHR You Decide! On Sunday March 21, 2016 we had the distinct honor of interviewing two of today’s creative genius’ Kimberly Unger and Douglas Sun, the creators of a marvelous new Entertainment App, “Veiled Alliances” introduced at SVCC! Having been a […] 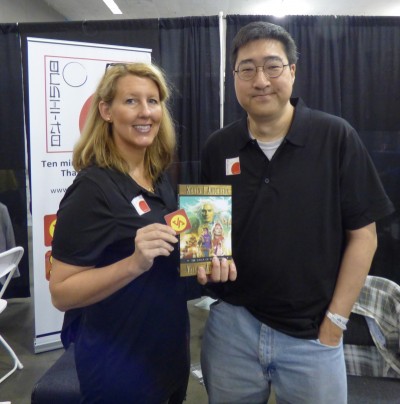