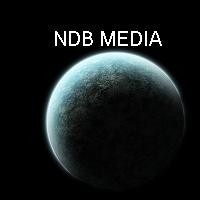 WormholeRiders News Agency is proud to announce that Eric A Stillwell  is going to be interviewed on NDB Media’s BlogTalk Radio show, on Sunday September 12, 2010!

Eric A. Stillwell is well known as a wizard in Star Trek fandom as one of the creators of Star Trek dating back to The Next Generation, Star Trek Voyager, and Star Trek Insurrection!

Mon Sep 13 , 2010
Hello my fellow Chuck Fans! Chucksters? Chucklidities? Eh, we’ll decide on an official name at the end of this report on Chuck and part one of season three finale review. 😉 First, you may have though I forgot about one of my favorite series Chuck here at WormholeRiders News Agency? […]