It was via word of mouth on Twitter, primarily from the Stargate: Universe people, 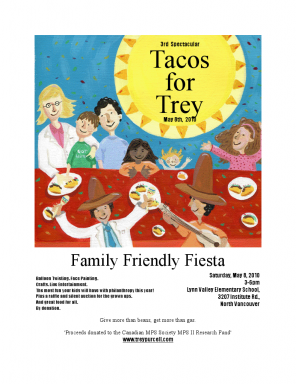 that I first heard about “Tacos for Trey” and the Purcells’ involvement with increasing fundraising and awareness of a genetic disorder called Mucopolysaccharidosis II (MPS II), or Hunter Syndrome.

When I first got to “Tacos for Trey”, I introduced myself to Ryan Purcell, Trey’s dad, and explained that I write for WormholeRiders, just to make sure that it was okay if I went around taking pictures and wrote a short piece about the event. Ryan and his wife Deb were more than happy to have me write a piece, given that spreading the word about MPS II is one of their goals. You can check out their website for Trey by clicking on the banner below.

The disorder disrupts enzymatic processes, interfering with the body’s ability to store and break-down mucopolysaccharides. In case you need a refresher on some biology, enzymes are the chemical powerhouses of the body: they facilitate the chemical reactions which are so integral to the body’s normal functioning.  The body depends on an extremely complex biochemical equilibrium, and when this is disrupted by a genetic disorder, the symptoms are often severe and debilitating. In Hunter Syndrome these symptoms can include (but are not limited to) heart disease, respiratory infections, liver enlargement, and central nervous system involvement can result in developmental delays. Patients with Hunter Syndrome often display a wide variety and combination of symptoms, but it is always progressive – that means, as the byproducts build up with age, the symptoms get worse. An Enzyme Replacement Therapy known as Elaprase is one way to treat the disease, but it is not a cure – it helps to manage the symptoms. If you are interested in reading more, check out the Purcell’s website, or http://www.hunterpatients.com/. You can also check out this great promotional video on YouTube for “Tacos for Trey” and the MPS II Research Fund: http://www.youtube.com/watch?v=P_rN_MIw0O0 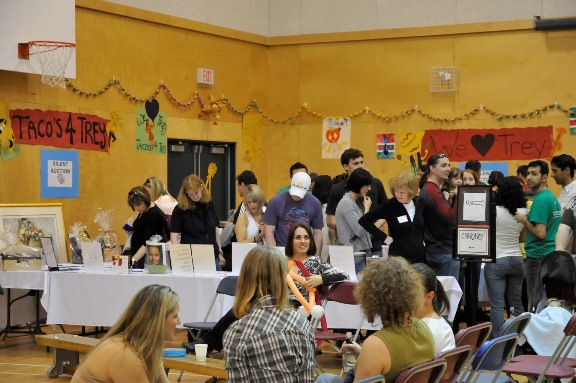 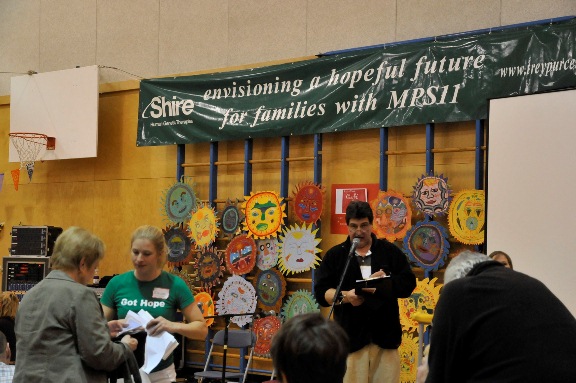 “Tacos for Trey” is a family-oriented event from which the proceeds are donated to the Canadian MPS Society MPS II Research Fund. This was the third such event, and if you’re in the area next year you should definitely consider dropping by. The goal is to raise enough money to fund a $40 000 research grant. When I first got there, Grizz Salzl, a friend of the Purcells and a coworker of Ryan’s, was giving a short speech.

Grizz, inspired by a friend of his, came up with the idea to host the first “Poker for Trey” Poker Tournament to raise money for the MPS II fund. The Edgewater Casino provided the venue and waived their fees. Players in attendance were: Ivon Bartok, Louis Ferreira, Robert Finnegan, Tim Holtby (proxy for Carl Binder), Ken Kabatoff, Harey LaRoque, Lou Diamond Phillips, Chad Riley, Grizz Salzl, Mark Savela, Matt Simpson, Robin Smith, Roger Wells, Lawren Bancroft-Wilson, Kelly Whitfield, and Tio Zeviar. People who donated but were unable to attend were: John Zulinski, Ken Andersen, Mark Higham, Brian J. Smith, and Jamil Walker-Smith. As a result of “Poker for Trey”, Grizz presented a cheque to “Tacos for Trey” in the amount of $2,105. 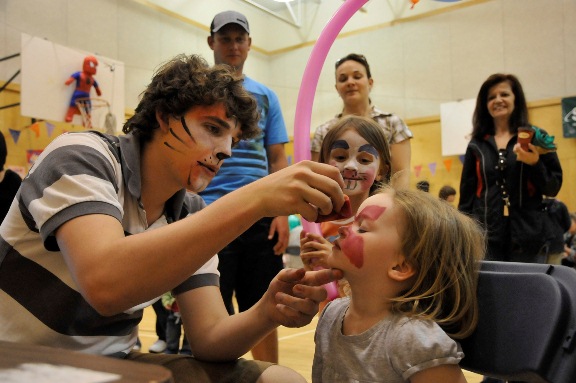 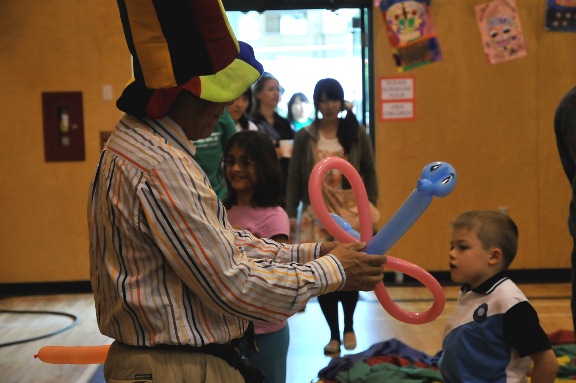 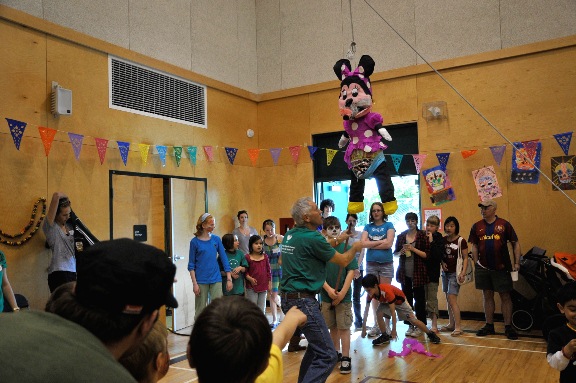 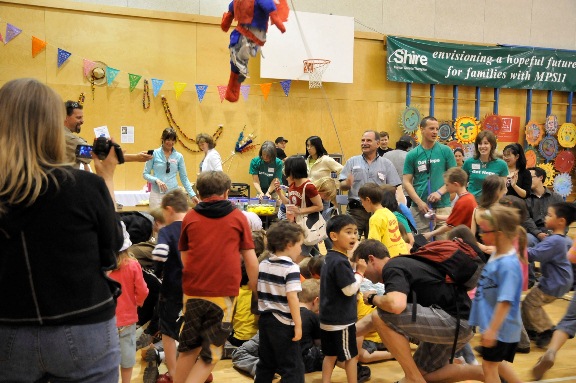 There was face-painting and balloon twisting for the kids – all of whom looked like they were having a blast – as well as a raffle and silent auction for the grownups. There were also two piñatas, a Minnie Mouse and Spiderman, for the kids to whack towards the end. Since the event was held at a school, the kids were also taking advantage of the sunny day – which are rare enough in Vancouver – and enjoying the playground and hockey court. 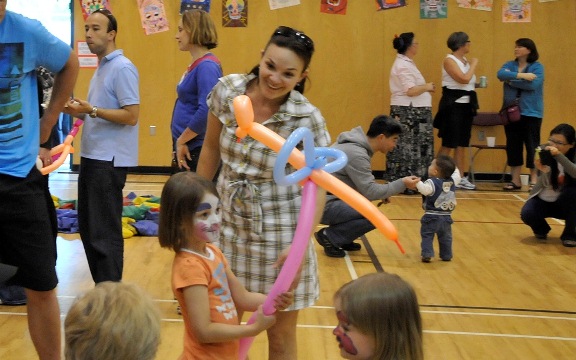 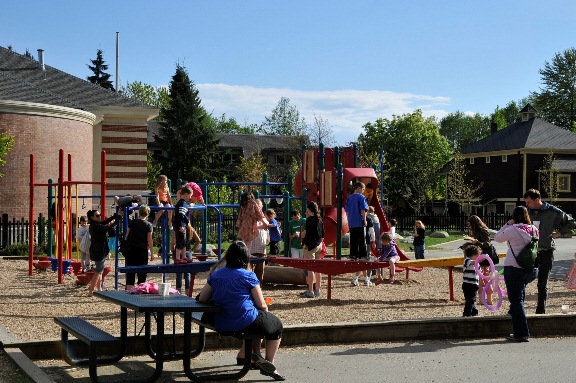 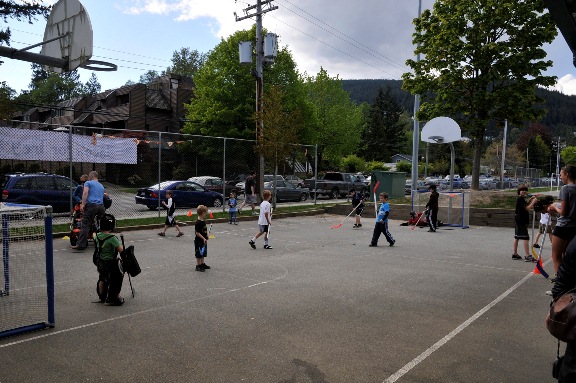 As I mentioned, I heard about the Purcells on Twitter, and one reason that the SGU cast and crew are so supportive of this cause in particular is because Ryan Purcell is a camera operator on Stargate. While wandering around and taking pictures, I was chatting with numerous people who mentioned that they work with Ryan. It is an amazing thing to see when an extended “family” of sorts pulls together to support one of their own. In talking with a woman who works closely with Ryan, she mentioned that she had seen over a dozen people with whom they work regularly. 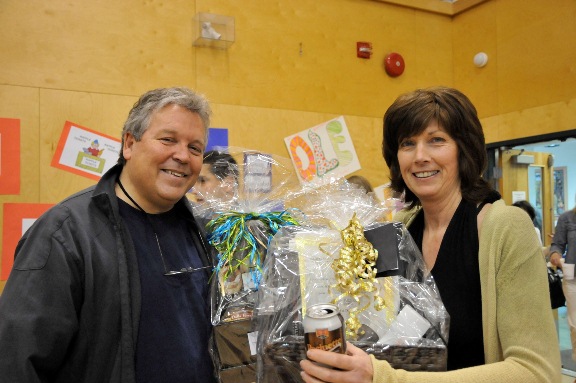 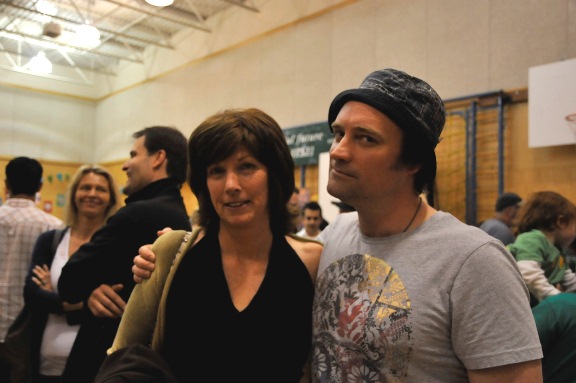 When I first got there, I saw David Blue, but didn’t get a chance to snap a picture and chat with him at all. Other people who were there, with whom I did get a chance to chat, were Peter DeLuise, who was there with his wife Anne Marie, Jim Menard, David Hewlett, and Amanda Tapping. I did hear that Ryan Robbins was there, and I know that several other SGU people on Twitter talked about attending. 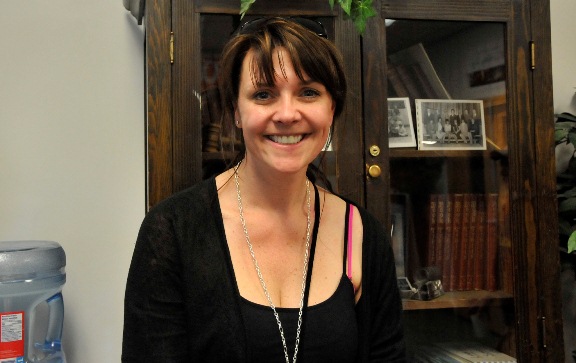 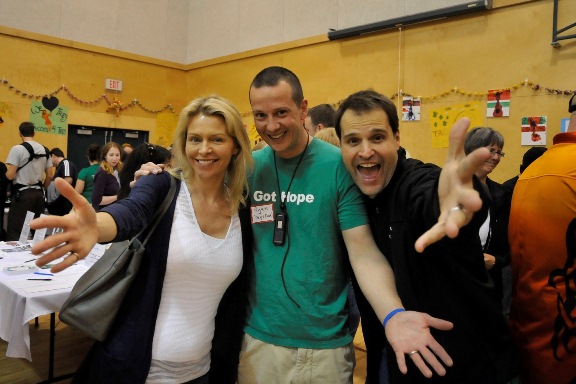 If you want to make a donation towards MPS, you can visit the Purcell’s website, or click on the logo to take you directly

to the MPS Society of Canada’s donation page.

After attending “Tacos for Trey” I find it amazing that the first year the Purcells held the event it was a small gathering in their backyard. Looking at the event this year, only the third one, it is amazing to see how far they have come. It just goes to show you what the determination of parents can accomplish. I look forward to learning how much they were able to raise for MPS II at this year’s “Tacos for Trey”. 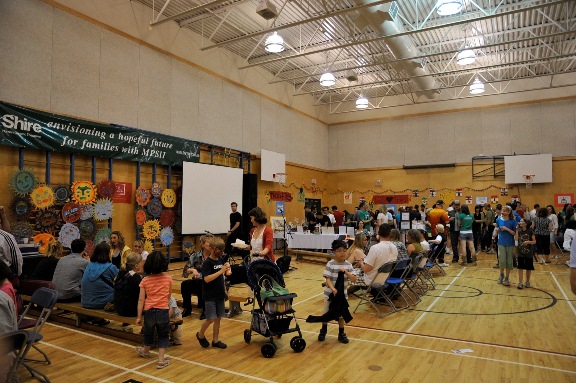 If you have any questions, or just want to chat, feel free to email me at the link

As always, thanks for reading!
Nadine Ramsden

2 thoughts on “Tacos for Trey: A Fundraiser for MPS II”

Chuck Versus The Role Models

Mon May 10 , 2010
Hi Chuck fans!  Here’s the recap of last weeks episode, Chuck Versus The Role Models. Photos courtesy of NBC Universal. Morgan dreams of his own “Hart to Hart” show with Sarah and Chuck as the spies he’s assigned to look after. In his waking life, Morgan has a hard time […] 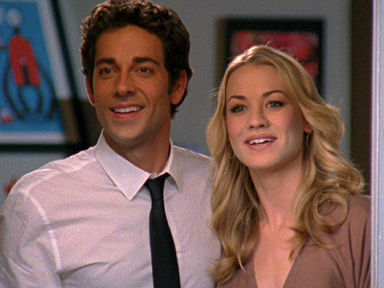