This is a fan-made movie that Darren Hann of SciFi on the Rock wrote up in 2009.

I was informed about this project when I met up with Darren at Scifi on the Rock IV. Of course you all know I had to say “HELL YEAH!!” I wouldn’t be a SciFi fan if I didn’t. It was shortly after that, that I was asked to join him and some fellow fans at his house to get the script that he had for each of us and to get to know everyone, especially for me, as I only knew Darren and Peggy.

I believe I was called to do my part in September or October of 2009. Can’t remember which, but it was chilly. Then Darren had asked me if I wanted to be a Jaffa. Now knowing that I already had a part, with lines may I add, we weren’t sure if it was going to work with me having two different parts,, but the actors in Stargate have different roles, why not me? LOL

So sometime in August, I was called again to meet up at a friends of Darren’s from 9am – 5pm to shoot some of the Jaffa scenes. As it turned out,, my second role as a Jaffa worked out pretty well, though this time with no lines to say, thank god!

After a bit of a break, we got together again and in November may I add. Well some of the Jaffa were needed for that day in general, and to wear out costumes the same way we had in August. Now here’s a bit of knowledge for you all,,, big temperature difference here in Newfoundland from August to November, lol But they all pulled it off. Now if I’m not mistaken, and I bet I’ll get an email from Darren to tell me otherwise, but I do believe it was again in January or February that we were called to a warehouse, owned by yet another friend of Darren’s, got to love having great friends, to film the last scenes in two days. Even though we were inside, it was still cold.

Anyway, with a lot of help from friends and family, Darren was able to pull off this movie of his creation. I was only too happy and honoured to be apart of it. And I hope you all enjoy it as much as we had making it. Also keep in mind that this movie is about 26 minutes long, so watch it when you are free too, as it’s best watched with no interruptions. Well until Darren’s next project, which is in the works, I wish you all a great viewing. Now, get your popcorn and soda, kick up your feet and enjoy the movie!

Tue Apr 27 , 2010
Hi Flashforward fans!     Due to a glitch in software on a computer I was using, I wasn’t able to bring you the entire recap of season one, so I’ve decided to add season one, part two.  This recap takes you all the way up to the most recent episode “In […] 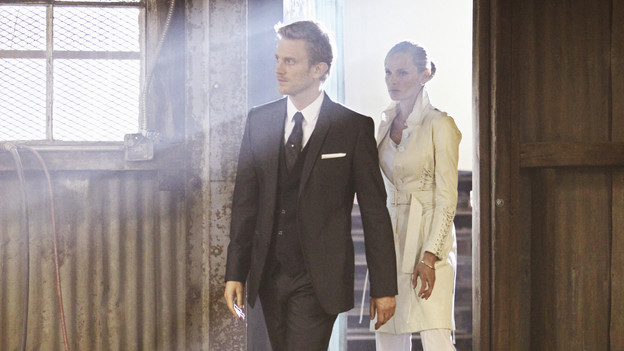