Below is a spoiler-free preview of the next episode, “Divided.”

What fantastic news that SGU has received an 11% overnight live ratings increase for the episode “Space,” when compared to “Justice” in the fall.  Fans will be excited to know that the action and drama continue in “Divided.”  Let’s continue to show our loyalty to our beloved SGU cast and crew for the extraordinary efforts they put in each week to bring us wonderful stories.  Tune in again

“live” this week to show them more love.

With the return of Dr. Nicholas Rush (Robert Carlyle) to the Destiny crew, the crevasse between the military and the civilians shatters open.  Rush and Chloe (Elyse Levesque) now share a bond from their respective abductions. 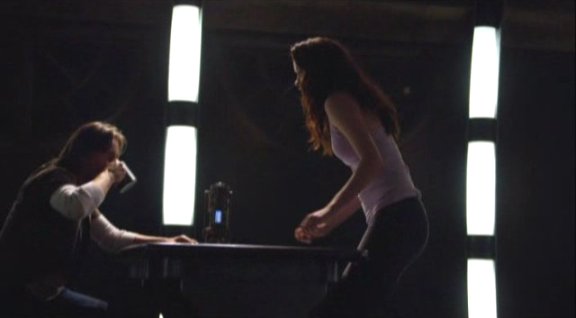 They will begin to process in their minds what was suggested was done to them in the previous episode “Space“:  in other words, the fallout of posttraumatic stress disorder.  This week brings us the song “You Won’t Know” by Brand New as a haunting montage to the scene that unfolds before the opening sequence. 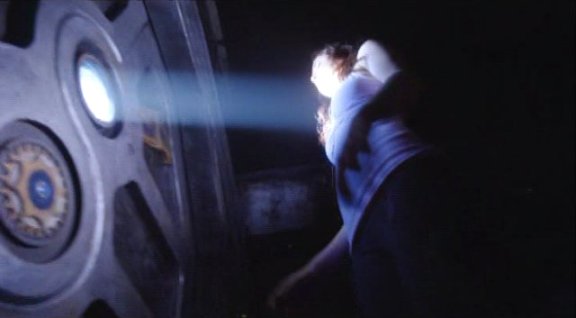 Knowing that Rush framed Colonel Young (Louis Ferreira) but also knowing Young left Rush on the planet, where will Eli’s loyalties fall within this episode?

At the heart of “Divided” is Camile Wray, a complicated woman in her own right, skillfully weaved into a detailed tapestry by Ming-Na.  Up until the episode, “Life”, and based on our previous experiences with the IOA on Stargate SG-1 and Stargate Atlantis, one might just dismiss her power play as fingerprints of the IOA.  My view changed during the episode of “Life.”  While democracy may be important to her, while her job may be important to her, there is one thing that is far more important:  Love.  All Camile wants right now is to get back to the love of her life, her life partner, Sharon (played by Reiko Aylesworth).  She made a promise to Sharon during that visit on “Life” to do whatever she had to do in order to get back home.  If Wray has to decide between Colonel Young and Dr. Rush as to who is most capable of being able to find a way for them to get back home, the answer has to be Dr. Rush.  Dr. Rush wants to have the “right team” for “the mission”, which would be Colonel Telford (Lou Diamond Phillips) and those people who were hand-picked prior to the premature mission launch.  Wray stands a far greater chance of being with Sharon again by backing Rush.  Rush wants Camile to be in charge because he will be able to manipulate her.  At this time, Dr. Rush and Camile Wray both want the same thing–for the current crew of Destiny to swap places with the previously chosen ones from Earth, but each moving towards different outcomes. 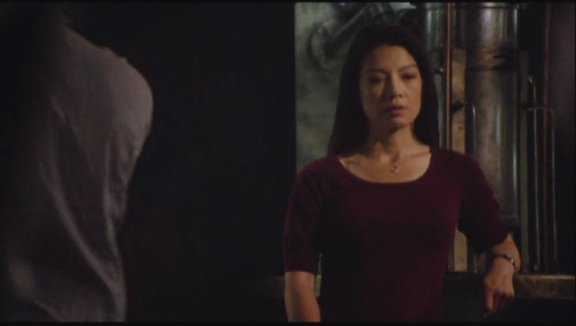 All our stars have wonderful shining moments again.  Robert Carlyle continues to bring us a complex character who believes in the methods of his own madness, even if sometimes his conclusions are sane ones.  His motto is “the end justifies the means.” 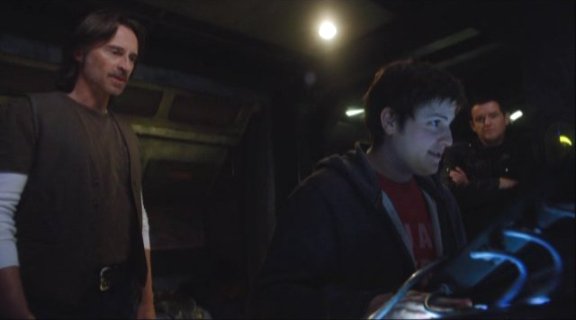 Colonel Young (Louis Ferreira) is comfortable with commanding those in the military under him, but struggles with his inner demons. 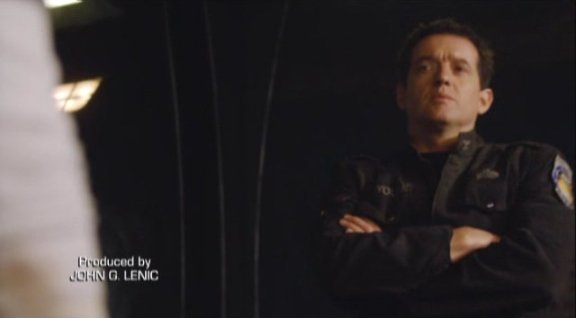 Brian J. Smith has some special moments in this episode with Elyse Levesque, lines that were delivered realistically; I felt like I was peering into a private conversation. 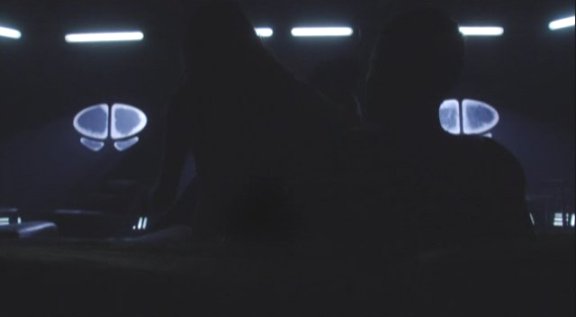 Elyse Levesque shows us a range of dramatic emotions through her character, Chloe.  Her character might have found a potential role to fill on Destiny.  She makes choices that will have consequences for her. 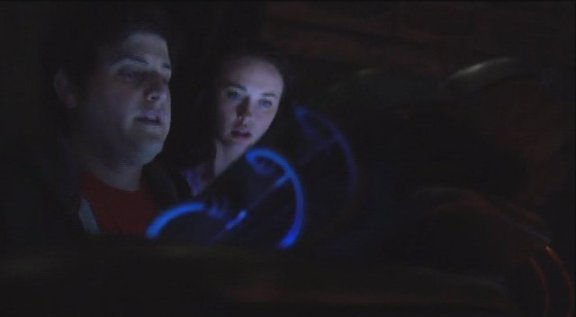 David Blue makes acting look effortless.  His character, Eli Wallace, has journeyed far since the original episode, struggling to absorb all this new information that has been thrust upon him.  Fans have often talked about Team Rush or Team Young; I believe Eli is on Team Destiny.  There is a particular scene with Eli where I laughed to myself thinking he was being pulled like a rubber band, the internal tug-of-war matching his character’s movements. 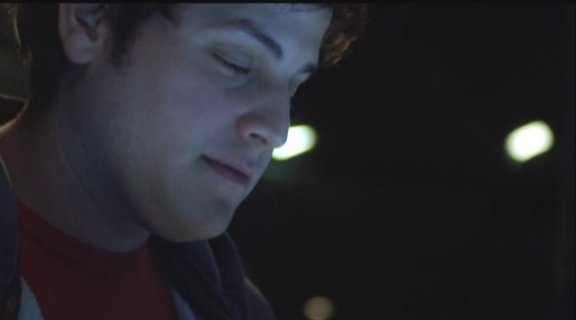 Alaina Huffman has been able to shape TJ from a character that just wanted out of the military, to a person filled with both compassion and skill as a medic, yet remains a solider at heart. 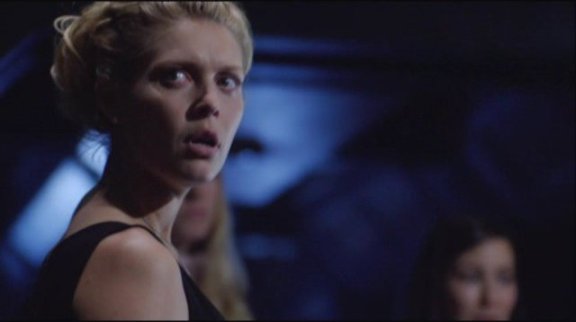 Jamil Walker Smith has filled out his character as well; his loyalty remains firm.  He has some fun moments in this episode as well. 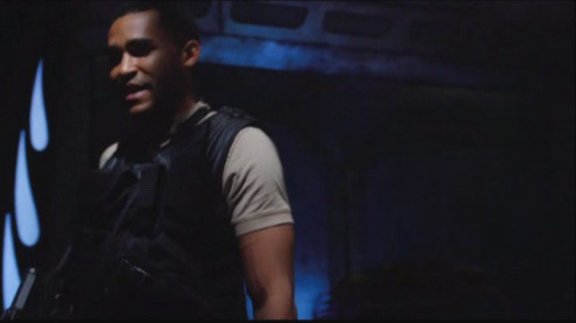 Although Peter Kelamis has a wonderful comedic side, this episode allowed him to showcase his dramatic talents.  There are more dialogue lines for more of our favorite guest stars, Patrick Gilmore and Lisa Park.  I laugh when I see Patrick Gilmore’s character, Dale Volker, because he always has the vest on, the same one he wore when he came through the gate in the very first episode.  It has become his signature look for the show.  I like the interactions between Volker and Brody.  They play well off each other as actors.  Both have that dry sense of humor.  In their characters they portray the “deer caught in the headlights” look.  We see that Volker plays poker (“Light”), so I wonder how well of a poker player he might be. 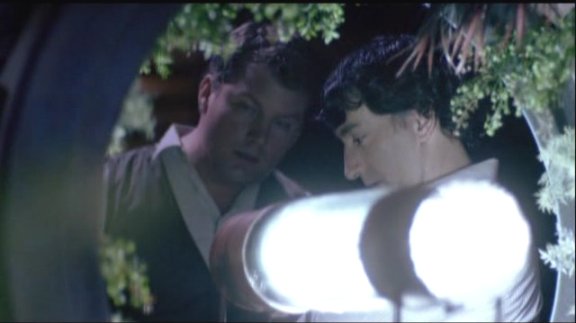 Reprising her role from the Stargate SG-1 episode of “Lockdown” as Dr. Brightman is Alisen Down (also Stargate:  Ark of Truth).  Anna Galvin (Caprica, Stargate Atlantis) returns as Mrs. Armstrong.

“Divided” was written by the fabulous duo writing team of Joseph Mallozzi and Paul Mullie, who also brought you the episode, “Space.”  We are once again treated to an equal helping of action and character development, taking you to the shades of gray of our beloved Destiny dwellers.

Felix Enriquez Alcala makes his directorial debut to the Stargate franchise with “Divided.”  He previously directed hit shows such as Criminal Minds, Burn Notice, Battlestar Galactica: Razor, and ER.  His vision is unique.  There were some great camera shots looking up from the floor and at a waist-level perspective that gives the viewer a different experience of the characters and of the Destiny.  Some shots were filmed as if the viewer was the character.  It is a very intimate form of storytelling.

We are treated to new set designs.  I love the wonderful detail they add when you see cold breath coming off Dr. Brody (Peter Kelamis) in hydroponics.  Whether this was real because the set was cold or it was added in later, I love the attention to detail that is paid to every aspect of this show. 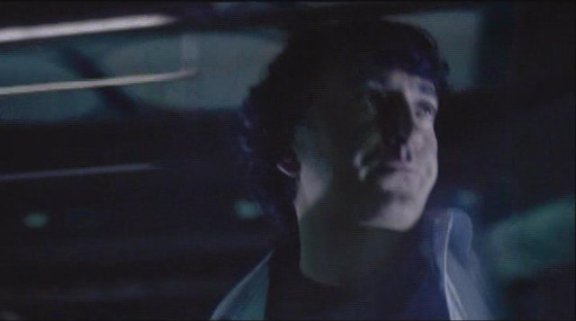 I noticed that the some sets of the Destiny looked lighter during this episode, something those who have been complaining about the ship being too dark will appreciate.  On the down side, those who have had problems with the shaky camera causing nausea or headaches might have difficulty watching the episode. 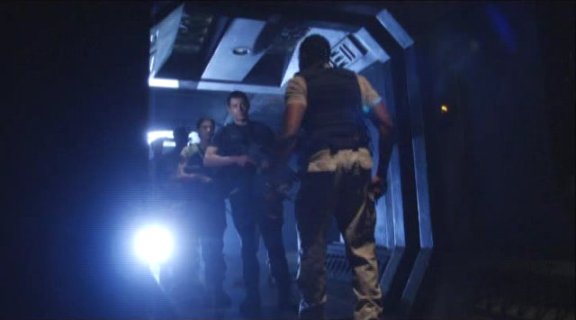 The episode has some great action sequences brought to you from the immensely talented stunt team, coordinated by James Bamford (BamBam), whose resume could be made into a short-story novel.  The fight sequences he has choreographed throughout the Stargate franchise often remind me of the “Bourne Identity”:  Precision of a highly trained individual where the fight is quick, precise and achieves the goal.  In this episode, Julia Benson’s 2nd Lt. Vanessa James has a scene that will delight the fans.

How much do I love Mark Savela and his visual effects team?  Let me count the ways. (“A” is for all the shots you bring me.  “B” is for the very best you give.  You get the idea.)  This episode is no exception.  They have mad skills and I am in awe of the hours and hours of work they put in to give us the shots over which we drool.  I wish I could give examples of this right now for this particular episode, but to do so would be a spoiler.

I was critical of some of the medical inaccuracies in the first episode, but this episode has redeemed my faith.  The writing accurately reflected the medical events that unfold.  Perhaps, too, the director, Mr. Alcala, helped framed the style of acting that was required, having worked on ER in the past, to bring it to a more realistic level of what a real hospital team would do.

Fans will love “Divided” just as much as they did “Space.” The road in this episode is not just “divided” but mo

re of a bendy, twisty one made of rough gravel on which you drive 100 miles per hour.  What a thrill! 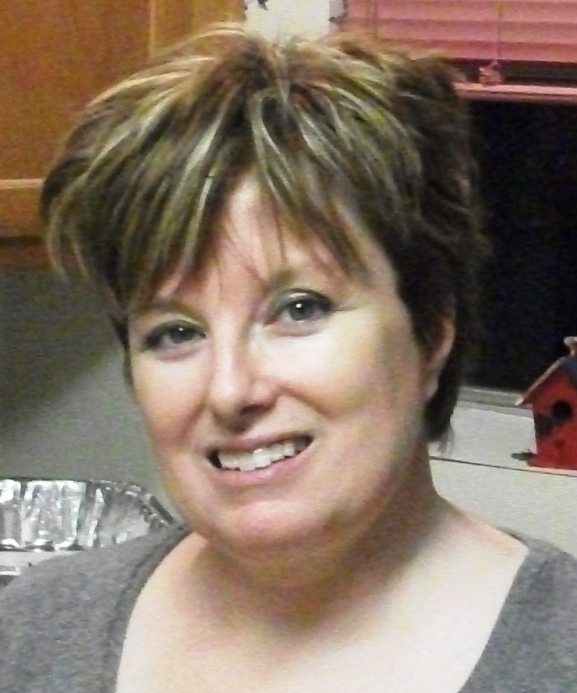 Thu Apr 8 , 2010
Hey Riese Series Fans, Well you all heard the fantastic news from SyFy yesterday evening about Riese Series being picked up! Yay! This is a brilliant move by SyFy and we salute them for bringing Riese Series to the main stream viewing audience after it’s successful webisode run in late […]