With all our thanks to SyFy, great news! Doctor Keller of Stargate Atlantis, the lovely Jewel

Staite has been signed for a role in Warehouse 13, the recently introduced hit series.  Jewel’s Firefly alumnus Sean Maher is also cast in this exciting new episode noted below by the fine team over at NBC Publicity. Enjoy!

), of the acclaimed series, Firefly, as guest stars in an upcoming episode titled “Mild Mannered.” The hour-long episode is schedul ed to premiere July 2010. Warehouse 13 stars Eddie McClintock, Joanne Kelly, Saul Rubinek and Allison Scagliotti, along with series guest star, CCH Pounder. The 13-episode, dramedy is currently in production in To 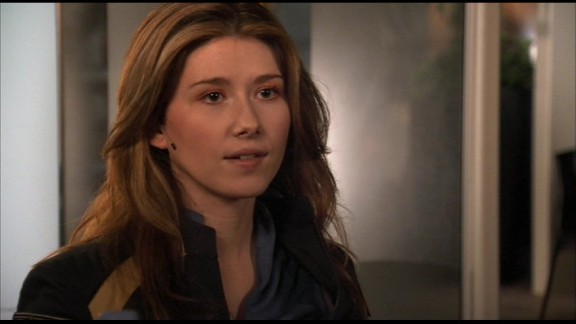 ronto and will premiere season two on Tuesday, July 13.

unassuming guy whose exposure to a dangerous object brings about shocking physical change. Staite portrays Loretta, the object of his unrequited love. Staite starred as Kaylee Frye and Maher as Dr. Simon Tam in the hit series, Firefly, the award-winning 2002 drama from creator Joss Whedon.

Warehouse 13 follows two Secret Service agents who find themselves abruptly transferred to a massive, top-secret storage facility in windswept South Dakota which houses every strange artifact, mysterious relic, fantastical object and supernatural souvenir ever collected by the U.S. government. The Warehouse’s caretaker Artie (Rubinek) charges Pete (McClintock) and Myka (Kelly) with chasing down reports of supernatural and paranormal activity in search of new objects to cache at the Warehouse, as well as helping him to control the Warehouse itself.

Warehouse 13 is produced for Syfy by Universal Cable Productions. Jack Kenny (The Book of Da

Wed Mar 10 , 2010
Hey Finge Fans, After our latest wonderful visit to TheFRINGEreport, we noted that FOX has upped the ante with a second Fringe Season Two Episode 15 trailer hailing the series return to the fans on April 01 with eight all new stories. As I long suspected and theorized before WormholeRiders […]