The amazingly talented Esai Morales was brought in for the role of Joseph Adama, the father to the

son that will ultimately save the remnants of their society and move them to a new home in another universe. I thought this was great casting. I have loved this actor since he was on NYPD Blue, but most recently his role as Major Beck in the show Jericho showed off his dramatic qualities. But Edward James Olmos (who plays William Adama, Esai’s character Joseph’s son) and Esai Morales have worked together before and the father-son relationships have come full circle:

The digital video b

elow is from the Paley Center for Media panel appearance of Edward James Olmos where he discusses the complexity of Joseph Adama’s character in Caprica:

Joseph Adama is introduced in the pilot as Joseph Adams. We find out through the pilot that he was an orphan from the Tauron civil war and grew up in an orphanage on Caprica. We do not know why the 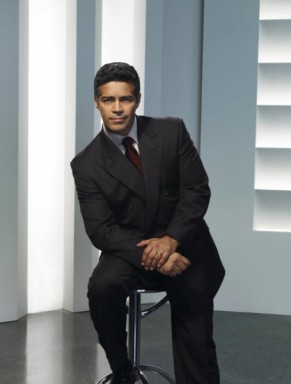 name was changed as of yet. Perhaps it is echoing our ancestors in their trips through Ellis Island, many changed their names for a variety of reasons. Many people had their names changed by an official or even a ship’s officer. No rules existed for changing a name. There were lots of ways to do it. For example, names could be simplified. A name with lots of syllables could be shortened. Names with lots of letters combined in unusual ways could be changed. Names could be “Americanized.”

The Japanese name Tamio might become the more American-sounding “Tommy.” My maiden name, Clark, was not my ancestors’ name. The story handed down through my family had something to do with a brother who was a deserter in the Polish army and my grandfather did not want to be associated with that brother, so when he came through Ellis Island, he willingly changed our family name. How much of that is true and how much is legend I no longer know. For Joseph Adama, I believe he changed it willingly.

From what we can see, Joseph appears to be a loving father and husband. They live in a modest home. Joseph is a lawyer. His relationship with his son, William, is strained (when William tells him they’ve never spent time together). 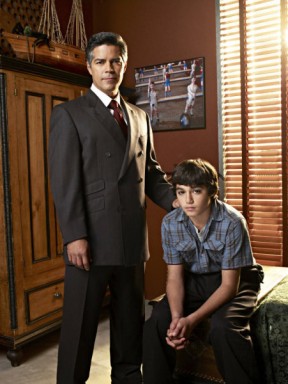 Much of Joseph we already know from Battlestar Galactica. Romo Lampkin on BSG tells us that Joseph was a teacher/professor and Lampkin was one of his students. Romo carries the book, “Law and Mind: The Psychology of Legal Practice” around with him (The Son Also Rises). We also know Joseph writes another book called “Trial Tactics and Strategies” (Crossroads, Part 1). Joseph is still alive when his grandson, Lee Adama, is growing up (Apollo). In BSG, season 1, episode 10 (The Hand of God), we find out more things about Joseph: There is a lighter that Joseph uses in court cases that was given to him by Joseph’s wife, Shannon, while he was in law school. Commander Adama (William Adama, Joseph’s son) tells his son Lee before he go 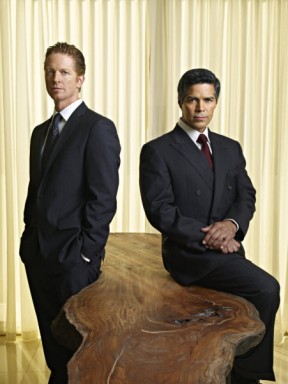 es into battle that he never lost a court case as long as he had the lighter with him. He passes this on to Lee before Lee goes into a pivotal battle with the Cylons. He tells Lee that Joseph was a better father to him than he (Commander Adama) was to his son Lee. Lee is also given the name of his middle name of his grandfather, Leland Joseph Adama when he is born. We also know that Lee visits Joseph Adama later on very frequently, often reading his law books in his study. He always wondered how Joseph could defend the worst of humanity (The Son Also Rises).

A poignant comment also made to Lee Adama by Romo Lampkin about his grandfather, Joseph was that he “sought to understand the motivations that cause people to cheat, why people reward their enemies, go to war, and why people build machines to correct their fla 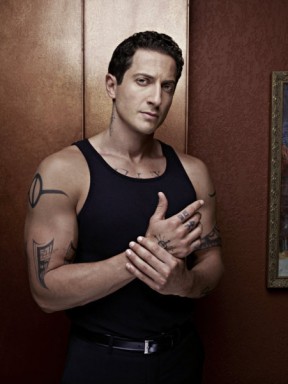 We learn during Lay Down Your Burdens, Part 1 of BSG, that Joseph would break pencils before going into the courtroom to “break preconceptions” and to “work with what you had.”

As the pilot continues, we find out that Joseph has a brother Sam (spoiler alert: It is rumored on the internet that Sam is gay). Joseph’s family is linked to an organized crime family on Tauron. Perhaps this is another reason why Joseph changed the family name, to distance himself from links to organized crime.

He and Daniel Graystone develop a relationship over their losses. When Daniel says there is a chance to see his daughter again in the virtual world, he is at first intrigued by the idea and steals some technology for Daniel to make this happen. To do this, he has to ask the godfather, or the Guatrau of the Ha’la’tha, to help and in return, Joseph has to deliver a message to a political foe, Minister Chambers, who in turns basically tells them to go to hell. Later Minister Chambers is assassinated by Joseph’s brother, Sam, for the Guatrau.

When Joseph enters and sees his daughter, Tamara, tormented that she cannot hear her heartbeat, he immediately stops the virtual program and claims what Daniel doing to be an abomination. He goes home and shares with his son William that their real family name is Adama, and it is a strong and proud name to have, something his wife, Shannon, always wanted for them: To embrace their Tauron heritage.

I will be interested to see where the relationship between Joseph and Daniel goes. Will they become adversaries in a courtroom? Some sneak peeks Syfy has going tend to suggest that Joseph starts seeing his wife and daughter everywhere; he goes back to Daniel to explain that to him.

Thanks to Kenn for video embedding. Please feel free to share this article with your friends, co-workers and or family and leave your comments!

Totally Chuck’d Out: The Story So Far and Cast Interviews!

Wed Jan 20 , 2010
Hey Chuck Fans! With our new Team WHR reviews of the action-comedy series “Chuck”, recently starting up its third season on NBC, we here at WormholeRiders wanted to give you a little recap of seasons one and two to get you all up to speed. I have been watching “Chuck” […] 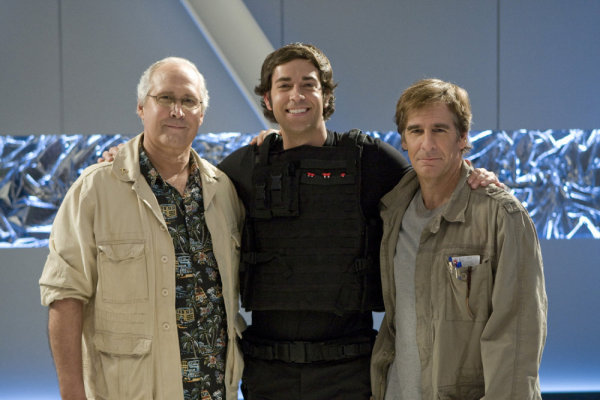