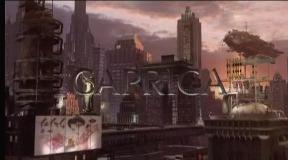 On January 22, 2010, the Syfy Channel will launch Caprica, its new drama set in a science-fic

tion world.  Taking place 58 years before the fall of Caprica and the other colonies to the Cylons, one does not need to have watched any of Battlestar Galactica (BSG) to love this show.

Fans of BSG, however, will be rewarded in knowing the genesis of creative elements from that show.   Writers Ronald D. Moore and Remi Aubuchon (Persons Unknown, Summerland, 24) do not shy away from the same social-commenting topics that earned Battlestar Galactica The George Foster Peabody Award for excellence.

The story focuses mainly on the Graystone family and the Adama family (known to us at first as Adams).  The technology engineering genius, Daniel Graystone, is played meticulously by Eric Stoltz (Grey’s Anatomy, Medium, The Triangle).  Esai Morales, of Jericho, Vanished, NYPD Blue fame, brings to us the complicated character of Joseph Adama. The SyFy video embed below also includes Zoe Graystone and other Caprica mini-clips.

Directed by Jeffery Reiner of Friday Nights Light, the pilot brought a new style and feel to Caprica to define it as its own series, apart from Battlestar Galactica.  Released previously on DVD and digital download April 21, 2009, it will be this particular story that airs on January 22, 2010 to start the entire new series on SyFy (check local listings for times). 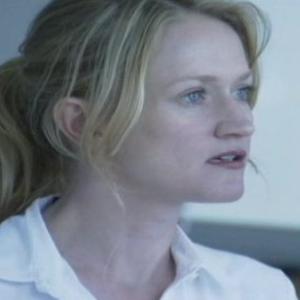 that we have come to love on Battlestar Galactica. 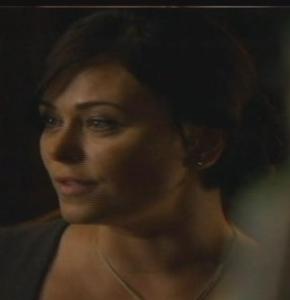 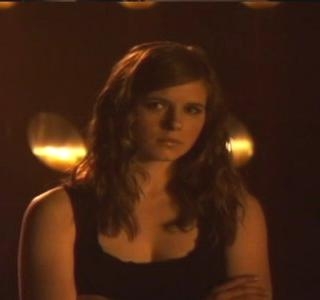 The DVD pilot opens in the Virtual Club where we are introduced to Zoe Graystone (Alessandra Torresani of Terminator: The Sarah Connor Chronicles and CSI), her friend, Lacy Rand (Magda Apanowicz of Kyle XY), and boyfriend, Ben Stark (a relative newcomer, Avan Jogia).  Much of the V-Club, I imagine may be edited from the broadcast pilot episode because of the graphic sex and violence.  It is an important story ele 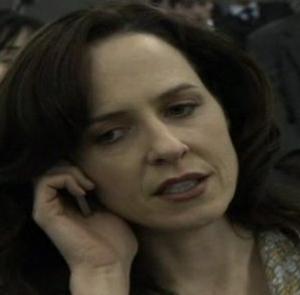 ment to note, however, that this virtual club is a place into where teenagers hack in order to do anything they want without limits or consequences.  It reminded me a great deal of the movie Minority Report as did the holographic bands.

In just the pilot episode alone, we are introduced to themes of organized crime, monotheism, polytheism, prejudice, moral dilemmas of artificial intelligence, religious zealots and acts of terrorism.

Stylistically, Caprica City looks like any modern city of today.  It is filmed in Vancouver, British Columbia where most of our beloved science-fiction shows now call home.  I enjoyed the duplicity of having computers that were as thin as a sheet of paper, yet people were still driving in cars.

Having experienced the agonizing event of the death of a child, it is an intriguing thought that is voiced by the dialogue, “What would you do if you had the chance to be with your child again?”  The pain is something I can only described as having the air being sucked out of your lungs while your heart is being sliced open by a sharp knife while some part of you dies with them; it is a piece of yourself you never recover.  It is something you never “get over”; you just learn how to live life differently.  I could see myself in both Daniel and Joseph, wanting to do anything I could for even just one last time to say things unsaid, but ultimately realizing, like Joseph, that it was an “abomination” of the circle of life.  People go through great lengths to keep that attachment to their loved ones.  Some individuals are cloning their beloved pets.  Many seek the guidance of mediums to contact their loved ones on other planes of existence. In Caprica City it is no different.

As with the Catholic faith doctrine, belief in evolution of mankind’s body, but believes the soul is eternal, the thing given to us by God in our evolved bodies.  The pilot produces a question for me:  Can you reproduce or clone the soul?  The people cloning their pets would have you believe that it is indeed possible; they will swear their pet is exactly the same.  One hundred years ago, however, the technology was just not there to make it happen.  Will our technology some day catch up to the point where we can download our consciousness into new bodies?

The pilot episode ends with a tantalizing cliffhanger that lives up to the jaw-dropping disbelief for which Ronald D. Moore has become famous.  The DVD viewers have had to wait 9 long months for this story to evolve.  Those watching on January 22 will only have to wait until January 29 for the next episode.  It’s going to be a wild ride.

7 thoughts on “Overview: Caprica the Future of Humanity Begins a Choice”

Mon Jan 18 , 2010
Hey Chuck Fans! With all our thanks to the wonderful folks at NBC Universal Comcast, here is the extended special  extended Chuck promotional preview of tonight’s fantastic episode “Operation Awesome”! Stand by for evermore Chuck at Team WHR as our team expands our coverage of Chuck. A special report with […] 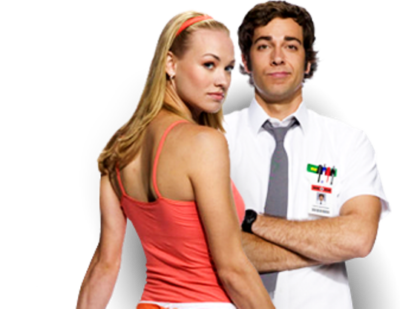