The Creation Entertainment Farscape Con Friday morning started kind of early for me.  The WormholeRiders team had a meet up in the hotel lobby at 8 am.  Once we were all introduced and sorted out our business for the day, I went to eat breakfast with the gang from claudiablackonline (CBO).  After a nice chat with everyone and some much needed food, ValaBlack and I went downstairs to the ballrooms for pre-registration. 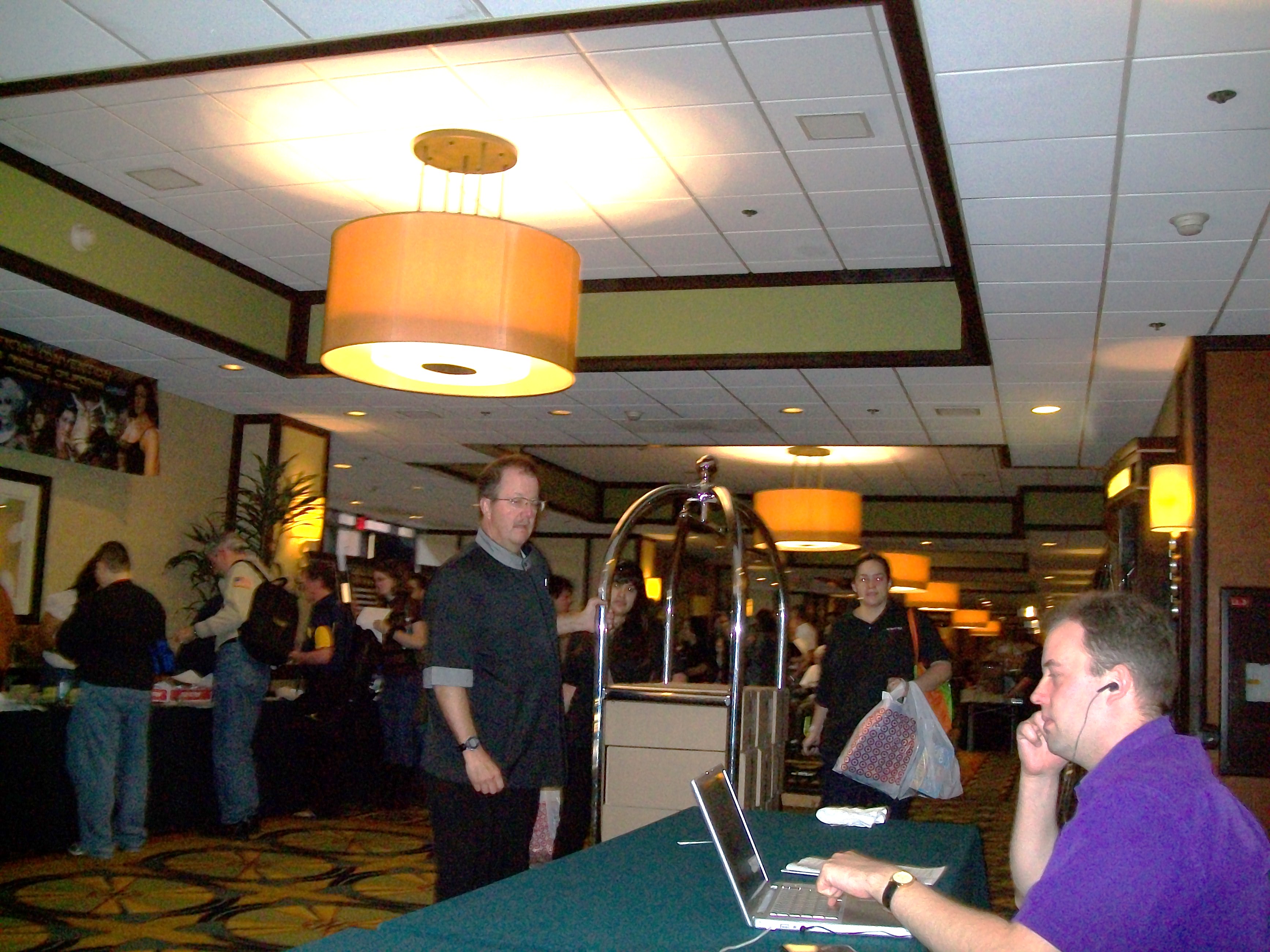 The lines weren’t nearly as bad as I was expecting, though there was a bit of a wait.  That just gave me time to introduce myself to all of the nearest Scapers that I could find.  If you’ve never been to one of the Creation Farscape events, then let me just tell you about the people here.  Everyone is so warm and welcoming that from the second you say ‘hi’ to someone, you feel like family.  Scapers are a great bunch of people.  There’s a saying among the Farscape crowd, “Meet a Scaper, hug a friend.”  And this really couldn’t be more true.   Everyone is so excited to be here and it’s just infectious! 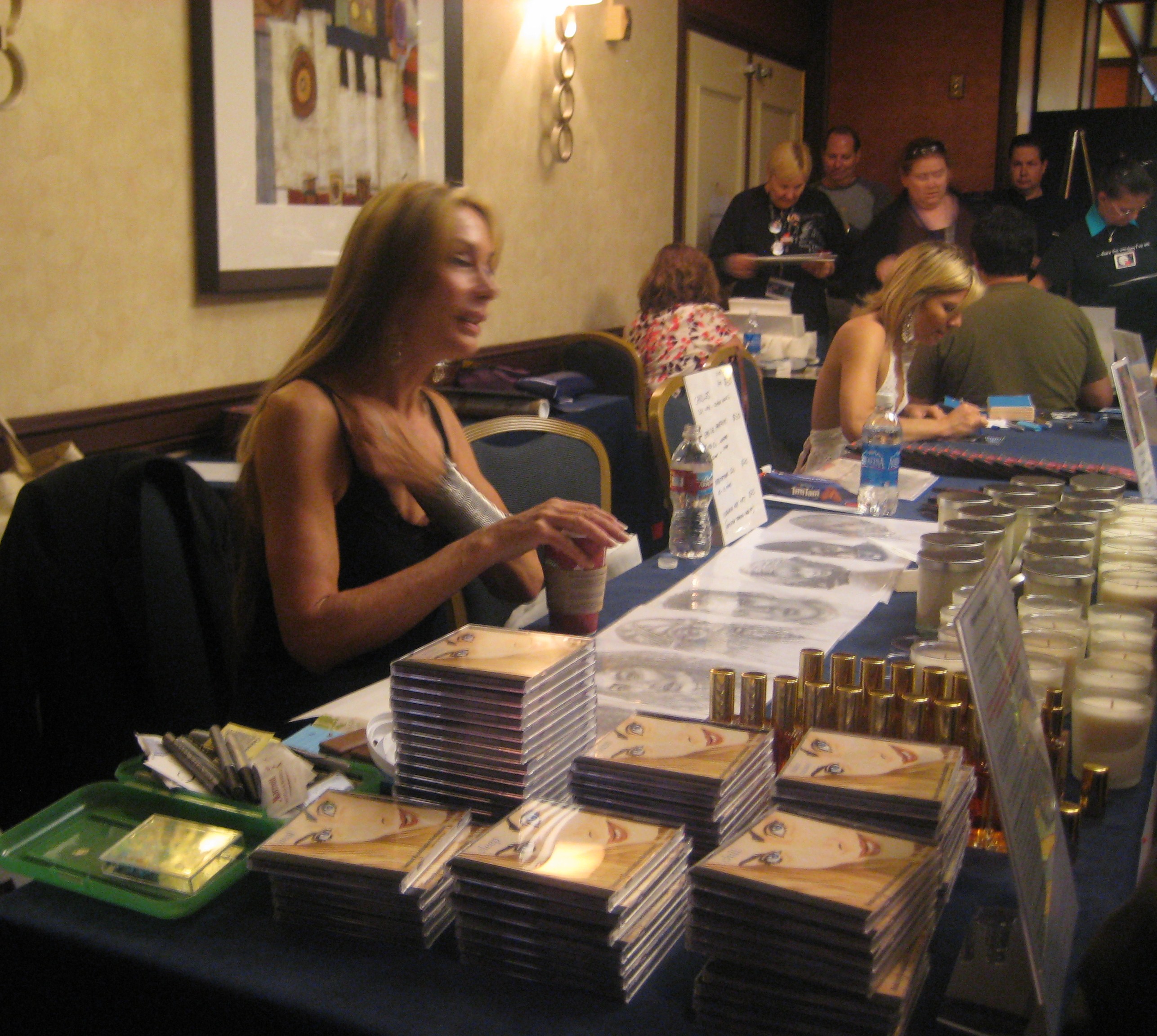 After registration (and hopping in the Stargate line to purchase photo ops with Shanks because, let’s face it, who wouldn’t?!   It’s SHANKS!) we wondered down the hall to see who was sitting at the table that we could see set up.  Lani Tupu, Paul Goddard, and Virginia Hey were all there!  Lani was selling some of his artwork which was amazing.  He said that he likes to try all different mediums, but he loves working with oils.  Paul was selling his CD 2am Flight that has a song featuring the very talented Claudia Black.  After checking that out, we got to where Virginia was and I heard her telling some people about RadioStar playing her meditation CD for her horse to help calm him down before shows.   We ended up talking to her for around an hour about various things.  She is seriously one of the nicest, most genuine people I have ever met.  Talking to her is like talking to an old friend.  She was also selling her candles and perfume.  I bought a delicious smelling lavender candle and ValaBlack bought a candle and a bottle of perfume.  Once we were done talking to Virginia, we noticed that Gigi Edgley had sat down at the table and she was selling her Blue Shift comic and her CD.  I bought both and even though I haven’t had a chance to give the CD a listen or read the comic, you can be sure that once I do, you will hear all about it.  Gigi was so sweet and nice!  She signed my comic and the CD for me.  Personalized it and everything! 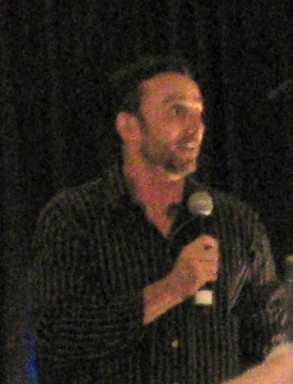 Once done talking to everyone and buying everything they had to offer, it was time for David Franklin’s panel.  He wasn’t as crazy as I’ve heard he’s been at past conventions, but it was really nice to hear how he’s been doing.  He kept mentioning the Cabaret that was going on later that night and telling everyone that there would be a ‘special guest’ that was going to make an appearance.  Once David’s panel was over, we went out to wander the halls and the vendor’s room.  I bought way too much stuff!  However, I did meet some very nice people from the Henson Company!  A big thanks to Joe for putting up with me all weekend!  There was a raffle going on and I was back every day at 5 to see if I had won something.  The prizes that they gave away were amazing!  There were large, and when I say large I mean GINORMOUS, posters that had been hanging in the Henson studios 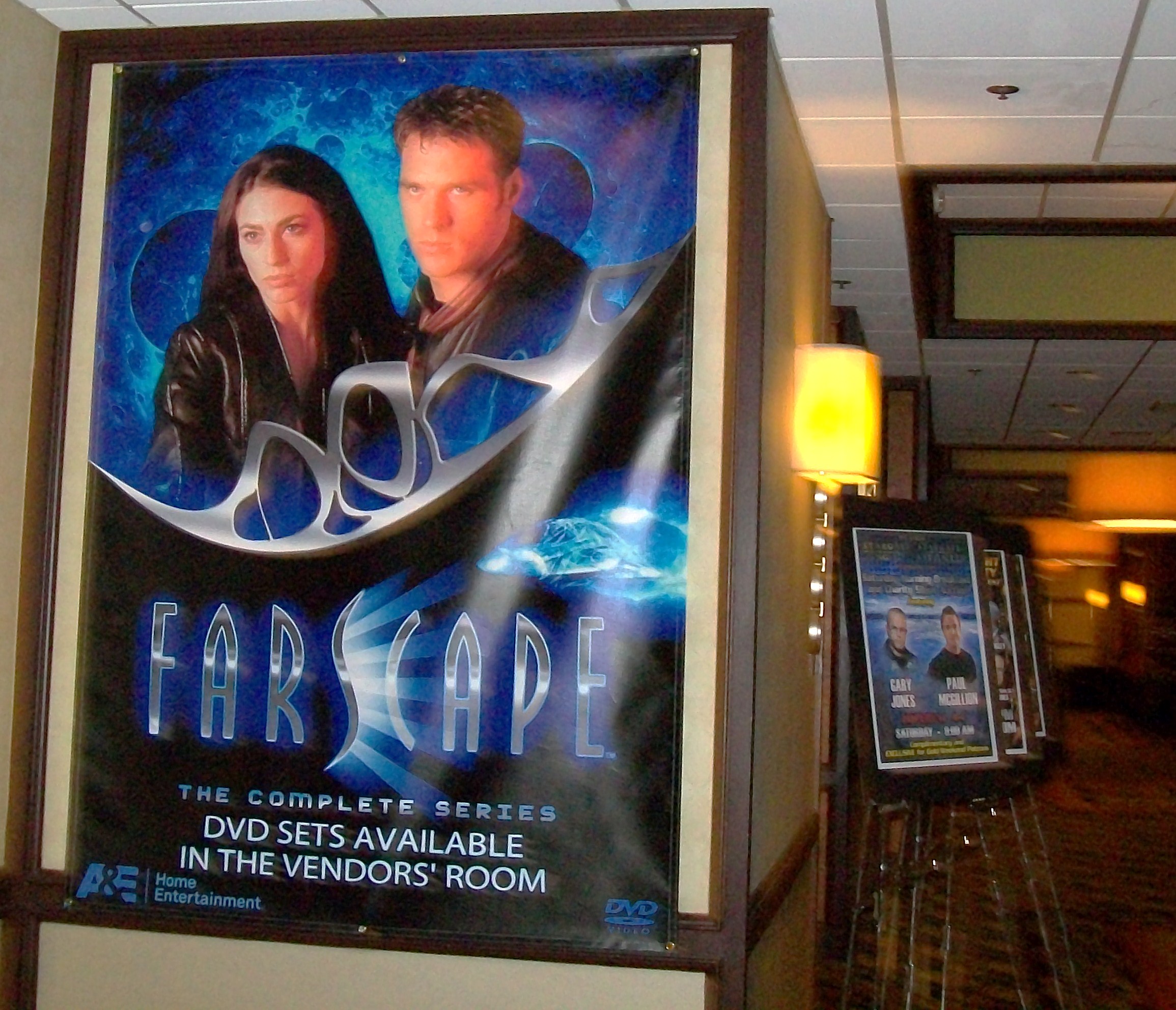 when Farscape was first starting out.  The posters included individual posters of Aeryn, Crichton, Zhaan, Chiana, Pilot, and Rygel.  The best prize (in my opinion) was the basketball that Brian Henson had donated for the raffle.  It was signed by the entire cast of Farscape and had been on display in Brian’s house.  I wanted it SO badly, but unfortunately, I didn’t end up winning anything.  🙁

We met up again with the CBO people for dinner and then it was off to the Cabaret!  Gigi wrote a play and had a few members of the audience come up and help her perform it.  It was about what had happened in her life up until this point.  It was really cute!  Especially since Gigi kept messing up and saying “Sh@#!  Oh, I mean dren!  Dren, dren, dren…”  After Gigi, Rebecca Riggs came out and performed.  I loved when she said, “I love my children…  More than chocolate!” and also when she was talking about how morbid most lullaby’s are.  “So the child is in the tree and then gets knocked down by a TORNADO?!”  So she told us that she had changed the words to suit her.  “If the bough breaks, and the cradle falls, then down will come baby, into your mummy’s arms.”   After Rebecca’s great performance, David Franklin came out and rocked the house with a story and a little Elvis.  I wish everyone could have been there to have seen/heard this!  He is such a talented singer!

Next was the Karaoke Party!  I had a blast!  Gary Jones stopped by for a little bit, as well as Cliff Simon and Ryan Robbins.  I had the pleasure of meeting Cliff and Ryan and getting to hang out with them for the evening.  Cliff was only there for a bit, but Ryan hung around for awhile!  There was a group of us chatting and I’m not really sure how it came up or who started it, but Ryan and I were somehow conned into doing a karaoke duet.  So, with the push of the peer pressure (and the help of a little liquid courage) we got up and sang Summer Lovin’ from Grease.  Even though I can’t sing well, I had a blast!  I’m completely embarrassed/amazed that I did that…  o.O  And you can be embarrassed/amazed with me since it is up on YouTube and embedded here at WormholeRiders for your viewing pleasure.

After the karaoke party, we hung out with a few Terra Firma Scapers who are really just the best people around.  They took us in and treated us like members of the family even though we are n00bs.  A big shout out to everyone I hung with all weekend!!!  You know who you are!  Yes, YOU!  I would say their screennames, but I don’t know their handles since we all introduced ourselves by first name…

Anyway, I didn’t end up getting back to the room till around 3:30.  Scapers are party animal

s!  And even though the lack of sleep made it hard to concentrate the next day, it was worth it.  I met some really amazing people.  I love Creation conventions! I need to go to more!  And you know what that means!!!  More reports for all of you!

Wed Nov 11 , 2009
The Saturday Los Angeles convention was actually just a very long Friday!  How is that possible? Wormholes! So we will start with the WormholeRiders team hanging out until all hours with fans, photographers, Cliff Simon, Ryan Robbins and a surprise appearance of Patrick Gilmore (not pictured) of Stargate Universe at […] 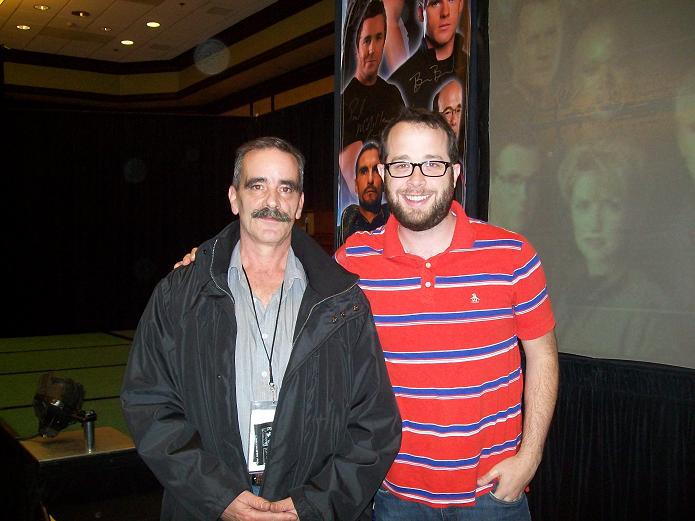