Since the Friday night Abney Park concert was technically on Saturday because it didn’t start until 2:00 a.m., I’ll start with that. 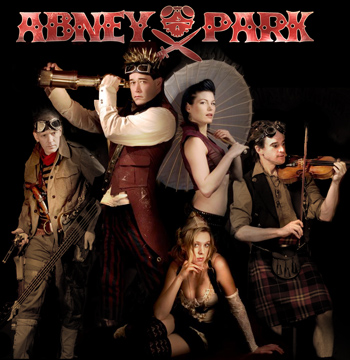 Abney Park is a really great Steampunk band led by the darkly charismatic Captain Robert. It took a little while to get the sound adjusted but soon they were off! I’ve liked Abney Park since I heard about them at Dragon Con last year and my husband and I checked them out at www.abneypark.com. We were hooked and purchased all of their albums for download.

So when we heard that Abney Park would be at Dragon Con we were excited. The concert was fantastic! They played my favorite songs plus some songs from their new album. If you haven’t heard Abney Park check them out. They’re really unique and put on a great show!

Needless to say the late night (early morning?) concert wore me out and the early start for the Ben and Claudia photo op did not make me happy. Ben and Claudia of course made me very happy so it was all worth it.

PlayItGrand did a great job of telling you about the Stargate panel so I’ll fill you in on the Farscape panel. I’ve seen Lani and Virginia before and they were just lovely but this was my first time seeing Ben and Claudia on a panel. I have to admit I was really excited.

Thanks to the awesome people at Dragon Con Media Relations, Mr. Dan Carroll and the great Dragon Con staff, we were able to bypass the crowds and get an amazing birds eye view from the catwalk.

As expected everyone came on stage to thunderous applause. The stars took a poll and were amazed at the number of 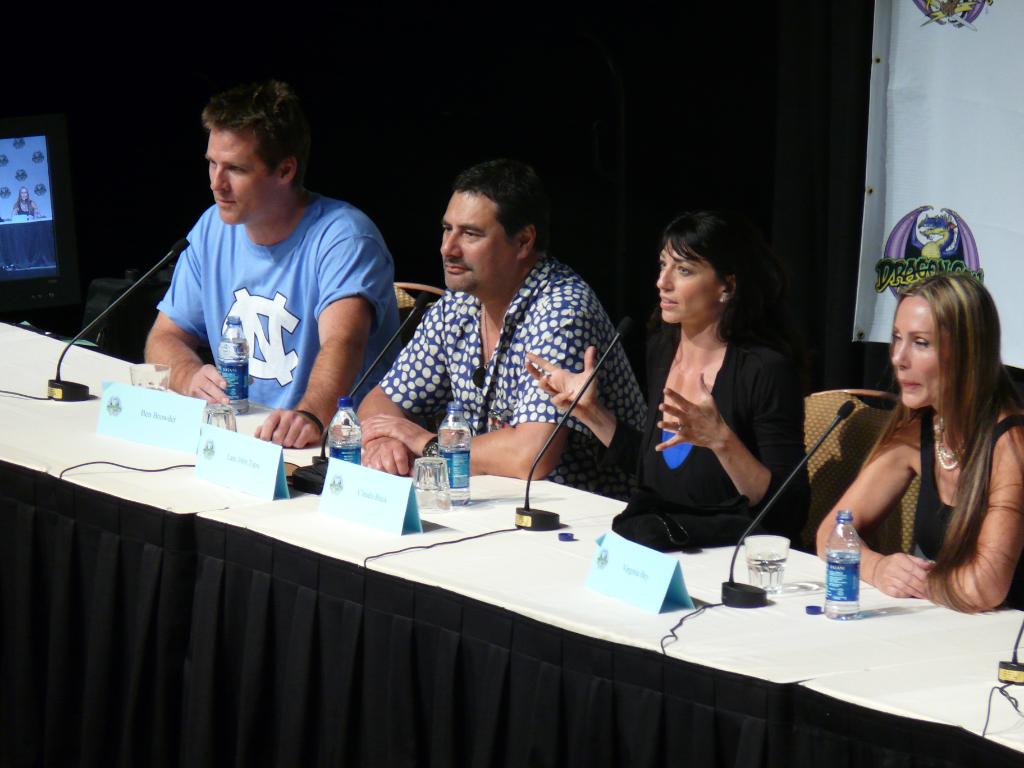 people who had just started to watch Farscape within the past three years. For those of you who don’t know, Farscape first aired in November 1999, making this year the tenth anniversary of the show! For a show that lasted four seasons and has been off the air for quite a while, the surge in Farscape fandom is amazing.

There were many good questions asked and numerous great stories told by all of the stars. Lani told a story about his experience with the white west highland terrier he had to hold in the episode Won’t Get Fooled Again. Apparently, the dog was very, should we say….farty and poor Lani had to deliver his lines while trying not to inhale any of the little dog’s funk!

A fan asked each guest what their favorite episode was and Virginia Hey gave the best answer by very calmly stating, “Any episode where Ben wore his leather pants.” Her and Claudia, giggling like schoolgirls, went on to explain how Ben’s bottom was like “two loaves of bread.” Claudia demonstrated how when they first began filming how she and Virginia would drop things in the hopes that Ben would bend over to pick them up. We can’t blame them!

Ben has been thrilled all weekend to be back in the south and he represented today by wearing a North Carolina Tarheels t-shirt. Ben stated that he was wearing it not only because he’s a fan of the team, but because if you wore a jersey into Chik-Fil-A today you’d get a free chicken sandwich. Poor Ben was all excited until someone explained to him that particular promotion was actually tomorrow.

I would have to say that this Farscape panel was perhaps one of the best panels I’ve ever seen. Seeing these four actors together was both memorable and hysterical. I can’t wait to see them all together again!

Tomorrow is going to be exciting. We’ve got not one but TWO big surprises for you! No worries, we’ll tell you what they are…tomorrow so keep checking back often! Don’t forget to follow us on Twitter! @WormholeRiders, @PlayItGrand and @RadioStar!!