Here’s a view of all the cool Stargate merchandise! 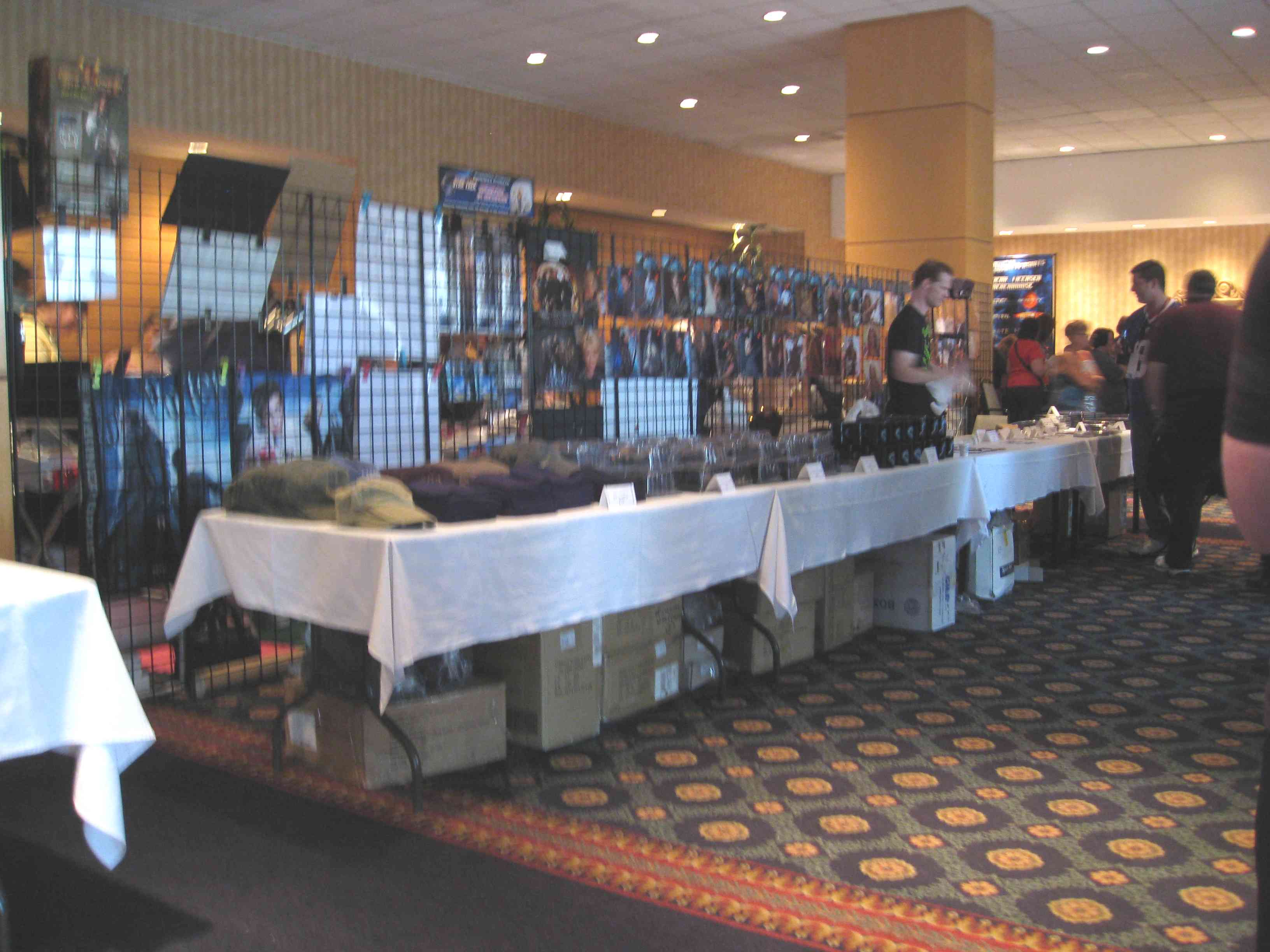 After loosing the tivia panel contest – again –  it was gratifying to be able to shout “Broca Divide!” really loud to Michael Shanks when he couldn’t come up with it right away! I made him jump! After the jib he gave us in Vancouver about getting slow, yeah, that felt good!!!

The big news that Michael had for us was that in SGU, when Michael appears, he will be there as a figment or manifestation of Robert Carlyle’s charater’s mind! In the coming months, Michael will go back to appear again but this time as Daniel and he’ll be actually there!

Also, Michael will appear on Amanda Tapping’s Sanctuary! Just can’t get away from that sci-fi stuff, can you Michael?

There’s WAY more to come from Michael, as are pictures! Don’t go anywhere!

Sun Aug 23 , 2009
A few hours after Michael’s appearance today, Amanda Tapping took the stage. She had little new to report since Vancouver, but had lots of wonderful stories. She did tell us that, from her time on the SGU set, the SGU cast is working hard to adjust to their new jobs. […]